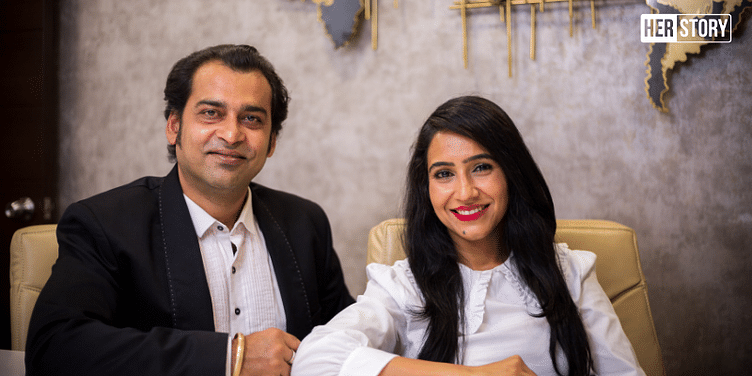 Based in Bengaluru, Aashita Chadha and Abhishek Chadha launched The KariGhars in 2010, providing turnkey interior designing solutions and have so far completed work on 5000 homes.

Aashita Chadha and Abhishek Chadha’s experience of buying their first home turned out to be a nightmare. While following up on progress, they noted it was all empty promises in a highly unprofessional industry.

Aashita says when important plumbing and civil work needed to be done, the workers would often be out of reach and not adhere to timelines.

“People often had to delay their housewarming parties and have their family members and relatives reschedule flight tickets. There have even been instances when designers have run away without completing projects,” says Aashita on her observations in the interior design industry.

The couple believe that designing a home is a very personal and big decision, and hence should not be complex and stressful in the process.

Having taken matters into their own hands when it came to building their home, many of their family members and friends reached out for their designing needs as well.

In 2009, the duo began working towards their turnkey interior design firm, The KariGhars. Hailing from the corporate IT industry, they wanted to bring professionalism and transparency into the interior design sector.

Based in Bengaluru, The KariGhars claims to be a one-stop solution - “clients can hand us the key and we coordinate everything - from plumbing to painting and procurement of materials.”

They believe that understanding the clients' idea of home and timely delivery of projects have been the key values driving them over the last decade. They discuss the clients' preferences in terms of finishing, wallpapers, and other features and ensure a slight buffer before committing to a date of completion.

The beauty, they say, is that because every customer’s vision and needs are different, each new project becomes a new journey for them. Working on nearly 500 houses a year, the company has completed over 5000 houses so far.

In June this year, the firm delivered their most ambitious project yet - beginning in February, stalled due to the nationwide lockdown in March and resumed as soon as the economy opened up. The founders say they deployed every resource at hand and delivered in record time, despite the ongoing pandemic.

The KariGhars claim to have consistently grown at a rate of 100 percent CAGR since inception. As most firms are letting go of their employees during the pandemic, this became an opportunity for them to bring new talents on board, says Abhishek, CEO and Founder of the firm.

Notably, the entrepreneurs observed that as people spend a lot more time working from home, many are recognising the importance of a well-designed space. The founders have also seen a surge in demand during the pandemic as people want things in a certain way.

The biggest challenge the couple faced is finding the right team members - they had to hunt for nearly six months in some cases. They were particular about finding people who could match up to their pace of work and thought process as most labourers in the industry were not used to working in a professional environment.

At present, The KariGhars is a 300-member team including 25 in-house designers.

As Co-founder and CFO of the firm, Aashita recalls how many of their workers, hailing from patriarchal backgrounds, were not used to receiving orders from a woman boss. But having started a decade ago, Aashita says the industry’s perception of women has changed over time.