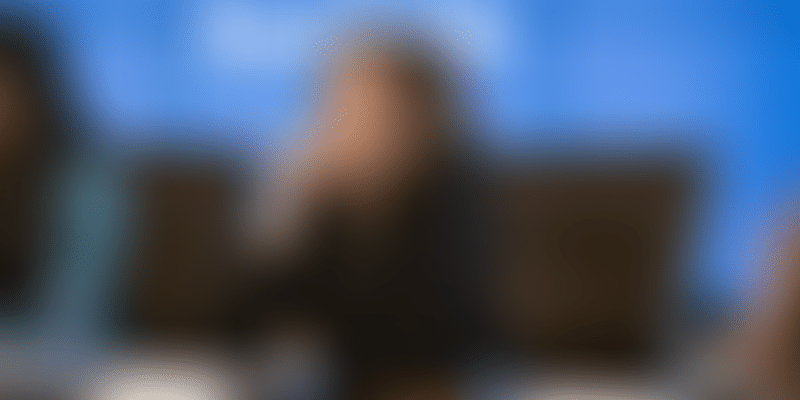 Top United Nations leadership hailed the election of Democrat Kamala Harris applauding her for breaking “yet another ceiling” and describing it as a “milestone for gender equality”.

Top United Nations leadership hailed the election of Democrat Kamala Harris as America’s first Black and South Asian-descent woman Vice President, applauding her for breaking “yet another ceiling” and describing it as a “milestone for gender equality”.

UN Secretary General Antonio Guterres is always pleased and “always welcomes any instance where women leaders... where a woman gets to break" a new or "yet another ceiling,” his spokesman Stéphane Dujarric said at the daily press briefing Monday when asked about Harris being elected as America''s first woman vice president.

In a tweet, President of the 75th session of the United Nations General Assembly Volkan Bozkir extended “warmest congratulations” to President-elect Biden, 77 and Harris, 56.

He said Biden has a “long history of supporting” the United Nations and Harris’s historic election as America’s first woman vice-president “is a milestone for gender equality.

Head of UN Women Phumzile Mlambo Ngcuka, described the prospect of having the first ever woman as vice president as “a hugely uplifting moment” for women and girls the world over, “especially for women of colour”.

Kamala Harris’ rise is a historic leap, represents hope for minority communities in the United States

In statement, Guterres congratulated the American people for a vibrant exercise of democracy in their country’s elections last week.

The comments by Guterres and Bozkir on Monday were the first reactions from the world organisation''s top leadership to the election victory of the next leaders of the organisation’s host country, coming two days after Biden and Harris were declared winners of a bitterly-fought presidential election, which outgoing President Donald Trump has still not conceded despite failing to get 270 electoral college votes required to win his re-election.

Director-General of the UN Educational, Scientific and Cultural Organisation (UNESCO) Audrey Azoulay said in tweet that the “global challenges of today call for a renewed commitment from the United States” for the common good that the pillars of science, education and culture represent.

She also noted that she was “very happy to see a teacher” moving into the top job at the White House, in the form of Biden’s wife Jill Biden, who has indicated that as First Lady, she will continue working full-time.

Head of the UN refugee agency UNHCR Filippo Grandi said in a tweet that “US leadership is more crucial than ever for the world’s most vulnerable.”

He warmly congratulated the pair and said the agency was looking forward to working with the new administration “on global and domestic refugee issues.”

António Vitorino, the Director-General of the International Organisation for Migration (IOM) said on Twitter that the UN migration agency was looking forward to working with the new administration “on managing migration for the benefit of all.”

After Trump made the decision to withdraw the US from WHO earlier this year in response to alleged missteps over the early course of the coronavirus pandemic, the president-elect has repeatedly vowed to rejoin the organisation.

Biden over the weekend also tweeted out that his administration would be rejoining the Paris Climate deal on day one of the new administration.

Dujarric added that there''s been no direct contact yet between Biden and Guterres since the election results were out.