Kamala Harris’ rise is a historic leap, represents hope for minority communities in the United States 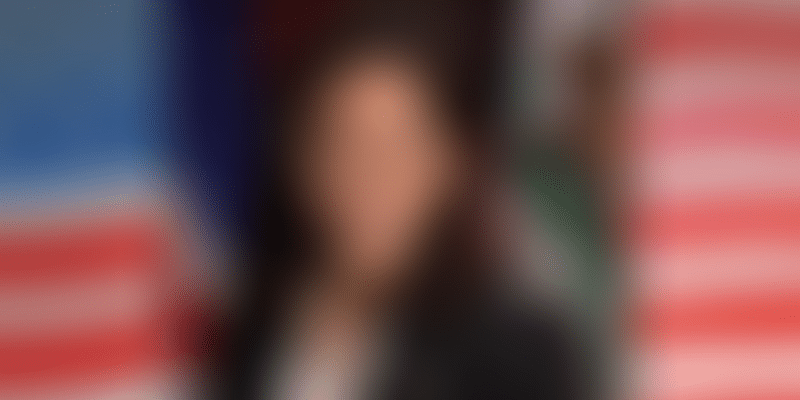 It’s safe to say that in the 2020 US election, newly elected Vice President Kamala Devi Harris has been the most talked about politician in India. Here is a look at her life, work, and her mixed heritage that represents the American dream.

Kamala Harris is all set to serve as the Vice President of the United States after what has been a nail-biting conclusion to the US elections.

When she was announced as Joe Biden’s running mate in August this year, the headlines came packed with heavy adjectives like historic and the first of many things, as her victory would represent. At 56, she is now the first woman and the first South Asian and African American woman to hold office in the White House.

We did it, @JoeBiden. pic.twitter.com/oCgeylsjB4

Kamala’s journey captures the true spirit of America and the values of diversity that the country was built on for decades.

At 19, her mother Shyamala Gopalan moved from India to the US, where she met Donald Harris at the University of California, Berkeley.

“They fell in love in that most American way — while marching together for justice in the civil rights movement of the 1960s,” Kamala said.

Today onwards, the leader’s inspiration and hope for women and minority communities of Black and South Asian population will be solidified further, starting right from her great niece.

In a heart-warming video that did the rounds on the internet days before the election was sealed, Kamala was seen telling the four-year-old that she could be President one day.

Take a moment and reflect on the fact that we are on the verge of knocking down one more of those glass ceilings. That for the next four years, young girls and women of color are going to see through @KamalaHarris that nothing is beyond their reach. #Inspired

Kamala Harris embraces both her paternal and maternal heritage as Black and Indian woman. She pursued undergraduate studies at the Howard University and law from the University of California, Hastings.

As we learn from her book The Truths We Hold, Kamala chose to study at Howard, a premier historically Black institute to get off on the right foot, and eventually taught herself that one can do anything and everything. There, she embraced the Black culture, took part in protests against Apartheid, and joined the ranks of Alpha Kappa Alpha, the oldest Black sorority in the US. And, that is where she appeared before reporters for the first time as a presidential candidate in early 2019.

Her Indian blood also comes through on various occasions, be it in the dosa-making episode with Indian origin actor and writer Mindy Kaling or giving a shoutout to her chitthis (meaning aunt in Tamil) during her vice-presidential acceptance speech that roused an emotional cheer on social media.

She credits the exposure to different cultures at home to her mother. “She raised us to be proud, strong Black women. And she raised us to know and be proud of our Indian heritage,” she said.

Back home in India, people in Tamil Nadu, specifically Thulasenthirapuram village – where her grandfather PV Gopalan had served as a diplomat – have displayed emphatic support. In her ancestral village, people gathered to pray and follow the election results closely while the streets sported boards and posters of Kamala Harris. Outside their houses, residents had drawn rangoli wishing victory to Kamala.

Kamala started her career in the Alameda County District Attorney's Office. Assuming responsibilities as the District Attorney of the City and County of San Francisco in 2003, she is credited with starting a programme that gives first-time drug offenders the opportunity to earn a high school diploma and find employment.

Over the years, she went on to become the first African-American and first woman to serve as California's Attorney General. As a prosecutor, she has worked on cases of sexual assault against children and protecting vulnerable communities.

As a senator since 2017, her focus was on advancing healthcare, the working population’s concerns, addressing substance abuse and correcting criminal justice systems.

In 2018, Kamala’s prosecution of Justice Brett Kavanaugh in a case of sexual misconduct that gripped all of the US made headlines. She was one of the senators to question Trump’s Supreme Court nominee Brett Kavanaugh.

Reassuring Dr Christine Blasey Ford, who had come forward to testify, Kamala had said, “Dr Ford, you know you are not on trial…And I want to thank you for your courage and I want to tell you I believe you. I believe you. And I believe many Americans across this country believe you.” Kamala won over the audience just then.

In her long career in law and politics, Kamala has received enough criticism and is no stranger to naysayers – which is not surprising considering her image as one who shatters glass ceilings. But it has only pushed her forward. In a recent Q&A interaction on Instagram, Kamala shared that she has been told many times it’s not the right time or turn for her.

“And let me just tell you, I eat ‘no’ for breakfast, so I would recommend the same. It’s a hearty breakfast,” she said over the social media platform.

The leader believes victory lies in how one overcomes obstacles and doubters. And she has just proved that fact by emerging victorious in this historic US election!