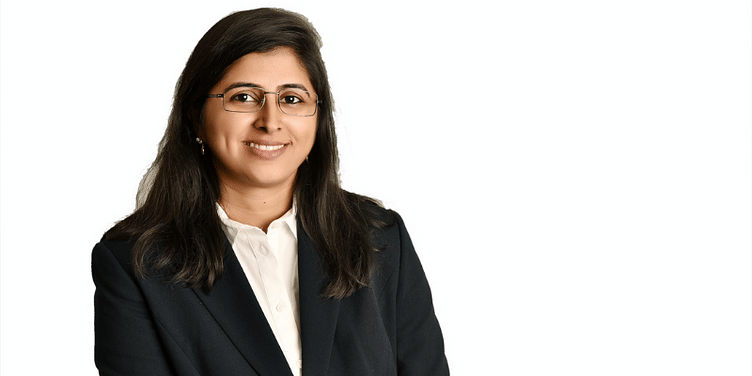 Lakshmi Santhanam, Deepika Gopal, Balaji Lakshmikanth, and Janardhana V are founders of Renkube, a renewable energy startup that offers an innovative glass that increases the efficiency of photovoltaic solar panels by 20 percent.

As renewable energy gains ground in India, the use of solar energy comes into focus. India, which receives around 3,000 hours of sunshine and solar radiation throughout the year, is well poised to harness the power of the sun.

“However, it’s a paradox that India still remains energy-deficient with rampant power cuts. We receive an average direct solar insolation (DNI) of 5-6 Kwh/m2/day. We receive an average of 200 MW/km sq of solar radiation in India, which would amount to 657.4 million MW. In 2017, India was generating only about 3 GW of solar energy,” explains Lakshmi Santhanam, Co-Founder and Principal Engineer, Renkube.

Started in April 2017 by Balaji Lakshmikanth, Lakshmi Santhanam, Deepika Gopal, and Janardhana V, Renkube is a solar R&D startup in the field of motion-free optical tracking of solar panels.

Lakshmi holds a PhD in network security from the University of Cincinnati and has previously worked at Intel and Cisco. Balaji started his career in Tata Elxsi and joined as the initial employee of Cisco India. He holds 13 USPTO-approved patents at Cisco, which have been integrated into several Cisco technologies.

Deepika has a master’s in computer science from UC, San Diego, and has worked at Cisco for six years. Janardhana, a friend of Balaji’s, holds a PhD in microwave communications.

Together, they found a niche and decided to take the entrepreneurial plunge.

“Being in the corporate world, it’s easy to get lost in the crowd, as you become yet another engineer. But somehow, I believed I was destined for something bigger. So, despite the doubts, I decided to join Balaji, who happened to start the venture around that time.

“Equipped with our rich research and product expertise, we stepped out of our corporate cocoon to create meaningful innovation. We brainstormed a lot of ideas but chose solar as it was booming,” Lakshmi says.

While there is a lot of research on building next-generation solar cells, the founders came up with a tangential solution of developing light-harvesting glass for solar panels.

“We do often get questioned about what are software engineers doing in the field of solar. The answer is simple: we did what we are good at. We applied our software expertise in the field of solar and optics, developed proprietary software that creates optimal designs of solar glass using advanced algorithms to collect more sunlight for the solar panel,” she says.

Renkube’s mission is to apply its software expertise to create the next generation of innovative products in the area of solar photovoltaic and solar applications. The founders also want Renkube to be known as the Intel of the solar world with its special light redirecting capability.

Its product is an innovative solar glass that increases the efficiency of photovoltaic solar panels by 20 percent. It has a patent-pending light redirecting unit mounted on the solar glass to collect more sunlight for the panel.

Lakshmi explains, “A simple analogy is a mirror that can redirect more sunlight to the solar panel. But unlike mirrors that cause hotspots, our light redirecting unit is intelligently designed to not overshoot the peak rating of the panel. The energy generation in a solar panel is a bell curve; it gives peak power only at noon and underperforms at other times of the day. Our light redirectors are perfectly tuned to throttle the solar power generation only at such underperforming times.”

Light at the end of the spectrum

The technology is agnostic to the type of underlying solar cell but is applicable to greenfield deployments only. It works across all seasons and in all geographies; once deployed, there is no maintenance other than regular cleaning of the solar panels.

“A rooftop owner can benefit immensely by generating 20 percent more revenue every year by generating more power from our panels, and cutting down their payback period in going solar from the existing four years to three years with our panels.

"For e.g., a 100 KW solar rooftop owner would generate 30k additional units and would earn Rs 92,000 additionally (on top of what existing solar panels give you i.e., Rs 4.8 lakh) every year by selling power back to the grid at Rs 3.07/ unit (Karnataka electricity board rate),” Lakshmi says.

The startup is at present engaged in conducting a pilot study with SunEdison Infra and in discussions with other solar rooftop installers.

The impact of its product is far reaching.

According to the founders, there is a significant climate impact with the additional energy generated from the technology. An owner of 100 KW solar rooftop with Renkube stands to reduce carbon emission by one-kilo tonne over the entire lifetime - this is equivalent to planting 15,000 trees.

The unique design of the glass makes the panel well suited for agri as it lets more light penetrate the ground underneath. This enables farmers to increase their income by 20-40 percent by leasing the land to solar developers and also growing crops like before.

Its closest competition is solar tracking technology, which boosts energy generation by moving the solar panel with motors and gears.

Renkube has been bootstrapped so far with the founders’ savings and contributions from family. It has received a grant from US Embassy incubator Nexus. As an early-stage company it is yet to generate revenues.

Coming from a tech background, Lakshmi says, the founders were handicapped when it came to business knowledge required to run a startup. However, incubation programs like QWEIN with curated sessions on diverse topics like finance, GTM, IP, and fundraising have been insightful.

“The Qualcomm Innovation Day event enabled us to refine our pitch, business plan, and communication skills. It also enabled us to schedule one-on-one with the investor community as a follow-up,” she adds.

COVID-19 severely impacted pilot activity as the company was dependent on a glass manufacturer in Firozabad to make its unique light redirecting glass. They had to look for another vendor and finally ended up setting its own glass manufacturing lab to make the glass designs needed.

Lakshmi believes being an entrepreneur means holding two 24x7 jobs: work and home. However, she feels women can bank on their innate talent in multitasking, planning, tracking, nurturing, and growing to become good entrepreneurs.

She also has some pragmatic words of advice. “Just listen to what you want to hear. Ignore the rest and stay positive. Stay networked with peer women entrepreneurs. It gives immense motivation and strength to see how other women have handled challenges and overcome them successfully.”

Renkube’s plan is to continue discussions with solar installers and developers for commercial pilots.

“We are interested in growing to other solar applications like building-integrated PV, light deflecting glass for cooler building facades, and solar water heaters,” Lakshmi says.