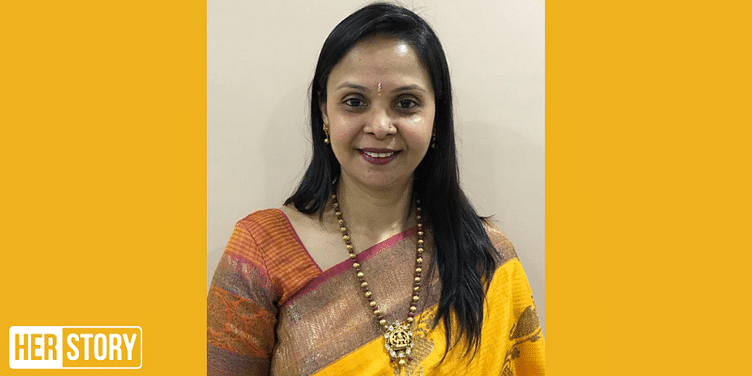 In 2008, Poornima Mital returned to Hyderabad after a 16-year stay in the US. She continued managing her team as a Sales Director from India, working on a US time schedule, and juggling both work and home. In 2011, when the company was acquired, she decided to quit and become a stay-at-home mother.

When her son left for college, she suddenly had a lot of time on hand, and looked for things to keep herself busy.

“I remembered the time in the US when I used to carry sweets, snacks, and pickles from my neighbourhood chefs and small shops in Hyderabad. Researching on the Internet and social media, I came across numerous small sellers and homemakers who were very talented but could not go beyond their neighborhood or friends’ circle either due to financial constraints or family restrictions,” she recalls.

She was struck by an idea - why not provide an opportunity to people who were brands in their own right, but who did not have the means to venture beyond their geographical area?

Four years later, there are close to 5,000 sellers listed on the platform whose products are shipped across India and the US and the UK.

From chhoti mirchi to an entrepreneur

The name mirchi, Poornima reveals, is modelled on her own personality as a child.

“Growing up, I was very mischievous, but with a 'can do' attitude. People often called me, 'Choti Mirchi', a little chilli pepper, and the name stuck amongst my family and friends. Today, I am known as the Mirchi lady,” she says with a laugh.

After completing her graduation in Commerce and a diploma in Computer Applications, Poornima got married in 1992, a year after her graduation, and left for the US to join her husband. While in the US, her family had registered the domain 'mirchi.com' in the late 1900s and had briefly used it to market Indian snacks in the United States.

When she decided to relaunch mirchi.com in 2017, Poornima’s first step was speaking to a cross-section of people to understand what they missed and whether what she had in mind was feasible.

“When the response was good, we got down to create the infrastructure needed to get the venture off the ground. While there were many individuals who advertised Indian sweets and snacks for delivery within and outside India, our business model was buying the items that were ordered and then shipping the same, often at a premium. The first part of our strategy was to have a USP; our belief was that one should be able to order sweets and snacks from a store of their choice anywhere in India and the same should be delivered fresh directly from that store,” she says.

The second part of her strategy was automating the entire process of placing an order, transmitting the order to the seller, generating shipping labels, courier pickup, and seller payments. This was crucial since almost every individual owned a smartphone and wanted to have the best customer service. The only way she could provide this was by using technology and relying as less as possible on manual processing.

“The third part of our strategy was to have the platform in multiple Indian languages to cater to not just Tier I, but also Tier II and Tier III cities; these are the ones that were slated to drive the ecommerce market in India,” she adds.

Sugar and spice and all things nice

Poornima explains, “We allow users to order sweets from any of the sellers on our platform, instantly customise the box with an image and text of their choice and add a special greeting card with their very own personal message. We recently had parents from Mumbai who announced the wedding of their daughter by ordering from Bansal Sweets of Amritsar. We customised the box with a wedding announcement and had 240 personalised boxes delivered to 120 individual locations.”

The company also offers corporate gifts packed in attractive micro-embossed, food-grade gold boxes free from industrial glue. The gift boxes are designed in-house and do not emit any smell.

“Cognizant had approached a famous sweet brand in Hyderabad to deliver a box of sweets to multiple locations in Tamil Nadu and Karnataka. The sweet brand was not able to fulfill their request so Cognizant approached mirchi.com for help. We not only shipped all boxes on time, but also provided individual tracking numbers instantly,” she adds.

Its revenue model comes from different streams - a discount from the seller on each product listed on the site; a bulk discount for products ordered in bulk for weddings, birth announcements, return gifts, etc.; and bulk orders from corporate customers.

Poornima points out that many sellers on the site are augmenting the income they earn from their stores; their market has now increased from local to national. “The home sellers on our site have been able to contribute to their family income and also become more confident; in many cases, these women were unable to venture outside their home due to family pressure. They can now showcase their talent within the safety of their home,” she says.

Getting brands on board

While there are platforms like Foodwalas and Dilocious in the same space, the entrepreneur says they are just a subset of Mirchi’s overall service offering. She believes what works in their favour are high brand recall, low prices, necessary registrations like USFDA, import-export certificate, and a wide variety with over 6,000 products.

Mirchi started with an initial investment of Rs 20 lakh from family with its revenues at Rs 1 crore a year, which is increasing over time.

Poornima says Mirchi’s biggest success has been that many big brands in Tier I cities, who were initially sceptical of them, approached them to list their products and also posted about the association on their social media pages.

“The biggest challenge we had was getting the sellers to use the correct packing and the right size packing to eliminate damage and excess shipping charge. We had to come up with special food grade packaging and outer packaging with the correct dimensions,” she says.

Following the lockdown announced after the spread of COVID-19, the company faced problems in delivery as most courier companies had shut down operations during the period.

On the flip side, Poornima says that because of the restrictions on the number of guests at functions, people have started using Mirchi’s gifting service for personalised boxes of sweets and snacks delivered to multiple addresses all over the country.

“In the future, I would like to add our existing gifting options and triple the number of sellers from the current 600. We also want to add sellers from other countries to the platform for local delivery in a particular country,” she says.