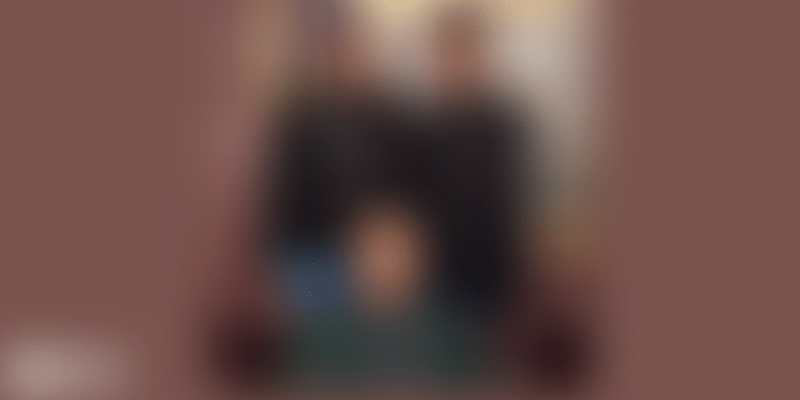 Bhushita, 16, and Bhavik Ahuja, 14, students of Shri Ram School, started Samvedna in 2019 to popularise sports among children. They began with chess, holding an inter-school contest to raise funds, and now organise chess classes in the bastis of Delhi.

English chess grandmaster and author Simon Williams said, “The beauty of chess is it can be whatever you want it to be. It transcends language, age, race, religion, politics, gender, and socio-economic background. Whatever your circumstances, anyone can enjoy a good fight to the death over the chess board.”

With the aim of spreading sport throughout India, Bhushita Ahuja, a 16-year-old student from Shri Ram School, Moulsari, and her brother, Bhavik, started Samvedna, a platform to provide opportunities in different sports to the well-deserving.

Their first priority is popularising chess among those who lack the essential resources and encouragement in the sport.

“Bhavik and I have been playing chess since we were toddlers. My mother taught me the game when I was seven. Soon, my brother too joined in,” Bhushita says.

All for the game

Mesmerised by the intelligent yet crafty game, they began playing chess with family members. Soon, their mother enrolled them in a chess academy so that they could take up the game professionally. The siblings began winning at regional events and soon bagged state, national, and international-level awards.

“When we reached middle school, we were at the crossroads. It was a dilemma: to focus on chess or academics. However, after long conversations with the family, we decided to leave chess for a potential career alternative,” Bhushita explains.

However, once bitten by the chess bug, it’s not easy to let go.

At that time, little did they know that sports had become an integral part of their lifestyle, “literally dissolved in their bloodstream”. They were determined to give back to the sport that had provided them with an identity and shaped their personality.

Bhushita says they wanted to “ignite a burning passion in others”, which led to the formation of Samvedna.

The siblings wanted to connect the entire chess community to this one cause and were keen for all players to “feel like a family and contribute to this beautiful game”.

However, they required funds to sustain and spread the game far and wide. A chess tournament, they felt, was the answer to all these things.

“In 2019, we organised the first Samvedna Chess tournament at Banyan Tree School, New Delhi, on December 14-15. Here, we garnered the attention of more than 250 players from different age groups,” Bhushita says.

The event was sponsored by the likes of ONGC and Ahujasons. Sports Minister Kiren Rijiju and cricketer and politician Gautam Gambhir were chief guests. The siblings were able to collect Rs 2,02,500 as revenues from this tournament through entry fees and sponsorships.

“The tournament served as a great tool in establishing Samvedna as a brand, enhancing the interest of many budding players, and creating a hype about the game on social media platforms. Majority of the earnings were used to teach chess to the interested children.”

Taking chess to the underprivileged

Organising a tournament at such a large scale can be quite challenging and requires a great deal of commitment and relentless effort. Both siblings used to call chess players and their parents day and night, and request for their support and presence at the tournament.

They emailed potential sponsors, arranged meetings, and convinced companies to invest in their idea. They built up hype on social media platforms, connected with many coaches in Delhi, and distributed posters in about 20 schools in the city.

Having gained mentorship from the Young Entrepreneurs Academy (YEA), Bhushita says they were able to use their skills and apply them in managing Samvedna as an organisation.

“After that successful tournament, we didn’t wait for long to start classes in the bastis of Delhi. We spread the word in two slum areas and launched the first centres in Raghubir Nagar basti and Tank Road basti. The chess boards, display boards, and coaches that have been appointed in these centres have been paid for and purchased by Samvedna,” Bhushita says.

Bhushita and Bhavik did not stop amidst the pandemic; they devised a plan to shift the classes online. In the initial months, they organised a series of online tournaments in which 500+ chess players participated.

"In the later months, we started with ‘Online Shatranj Paathshaala’ and through this we have been teaching 350+ underprivileged kids chess online on Zoom from across seven states in India. This is still going on even now."

They connected with NGOs such as Pratham Foundation, Sewa Bharti, and Katha and also reached out to coaches across India. The organisation is connected with 350+ underprivileged students from across seven states in India.

The duo faced several challenges in their journey, including juggling academics with their passion and the fact that there were very limited entries at the beginning.

The young entrepreneurs admit that they received only a handful of entries initially. However, things changed once they revised their marketing strategy and added the social media element to their advertising campaigns.

“In the coming months, we aim to launch our digital course in collaboration with Pratham Foundation, which will be translated into several regional languages. This course will be used to train thousands of interested students in chess for free. We also hope to reach out to senior citizens this year and familiarise them with chess,” Bhushita says.