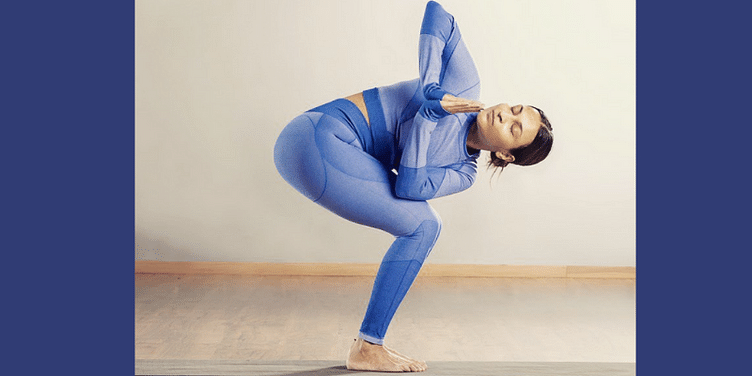 Filmmaker, writer, and singer Aishwaryaa Dhanush has invested in SARVA, a wellness startup to spread awareness about the wholesome effects of yoga.

Aishwaryaa Dhanush is no stranger when it comes to the entertainment industry. She may be the daughter of superstar Rajnikanth and wife of actor Dhanush, but she has made a name in the industry as a writer, filmmaker, and playback singer.

With her heart still in entertainment, Aishwaryaa has taken a slight detour and trained her sights on the fitness front by investing in ﻿SARVA ﻿– a yoga and wellness startup.

And it all happened quite by chance.

In the right place

“I have known Sarvesh for quite a few years now – having practised yoga and played badminton together. When he started Diva Yoga with Malaika Arora, I felt the concept was new and called him to ask whether we would be able to replicate it in the South as well,” Aishwaryaa tells HerStory.

Sarvesh thought the idea was bang on and soon, Aishwaryaa was on board with SARVA as an investor – a move she says was all about being “in the right place, with the right people, at the right time”. Add to it, the goodwill she has gained in South India via her family, she felt people would be open in trying out SARVA.

However, she admits she was sceptical in the beginning, having been only in the entertainment industry her entire life, though she was passionate about fitness as well.

“Given the situation we are in right now, I felt it was important to spread awareness on good health, in whichever medium possible. There are times when you want to be alone and just breathe but there is so much pressure mounting in your head but that’s not possible. Yoga brings that calmness to combat the restlessness that has become a part of our lives,” she says.

Yoga is not just about fitness; it’s a change you bring to your lifestyle. With the app free for a year, Aishwaryaa believes women can take advantage of the fact that all one needs is a mat and a place to practise yoga.

Personally, Aishwaryaa had been indulging in different kinds of fitness routines until she took yoga seriously three years ago.

“I grew up seeing my parents practising yoga and while I was into weights training and other forms of fitness, I thought yoga was boring. Getting back to it took time – I think there has to be some sort of self-realisation to realise the wholesome effects of yoga,” she adds.

While the transformation, progress and, development doesn’t happen overnight, Aishwaryaa says yoga is life-changing and helps with both physical and mental wellbeing.

She emphasises that women must take time out from their day for yoga, in an effort to love oneself.

“We need to take pride in the fact that we are multi-taskers. Secondly, taking time off for ourselves, self-care, and self-love is the most important. Only when we take care of ourself, can we take care of others. For everything around us to function in harmony, we need to be stable and healthy in every way,” she says.

According to her, there is no excuse to not practise yoga, as there are no complexities involved in the process. Aishwaryaa works out six days a week, with yoga being a major part of her fitness routine. It’s all about being consistent, she says.

Now that she has turned investor with SARVA, would she like to invest in other startups?

“I am happy to be in the space I am today, and see so many women entrepreneurs showing results. But for now, I’d rather stick to what I am most comfortable with,” she adds.

On the entertainment front, Aishwaryaa is working on a few scripts that might see progress this year.

But do the expectation of being Rajnikanth’s daughter and Dhanush’s wife weigh down on her?

Aishwaryaa dismisses them off with pragmatism.

“If you don’t let it get to you, it’s fine. All you need to do is count your blessings. There are pros and cons to everything in life and you just need to see the glass half full rather than half empty. I feel that if I take everything that comes to me as a blessing than pressure, then life becomes less complicated,” she says.