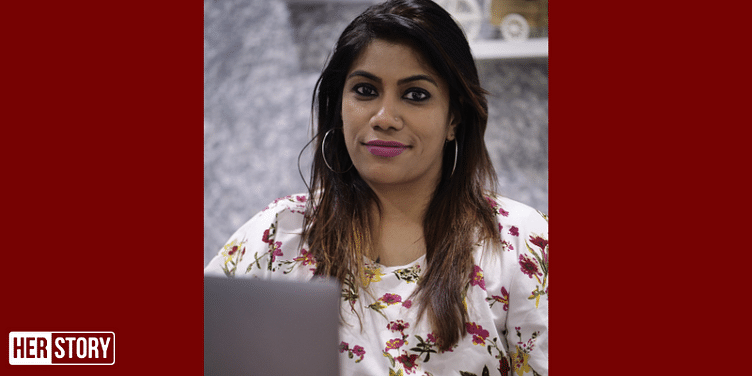 Kochi-based Anooja Bashir started Ourea as a finishing school for professionals twice and failed. In 2018, she turned it into a 360-degree startup with five verticals and achieved success.

Failures, they say, are the pillars of success. That could well be Kochi-based Anooja Bashir’s motto, as she failed twice as an entrepreneur before succeeding, and battled societal prejudice and criticism along the way.

As the founder of ﻿Ourea﻿, a startup that went from being a finishing school for professionals to shutting shop, then becoming a marketing venture, before revamping itself as a 360-degree corporate management company, Anooja is like the proverbial Phoenix rising from the ashes.

That perhaps explains how, despite the COVID-19 pandemic, Ourea’s revenue jumped four-fold from earlier. Its sister organisations too earned more revenue.

At present, the company provides industrial training, business mentoring, and coaching to small and medium enterprises and startups. It has also started developing products in information technology (IT) and edtech, and is aiming to scale as an edtech firm.

“Our business model is a 360-degree corporate management venture in which our revenues come from the marketing vertical in the form of branding, designing, and digital marketing to enterprises and corporates,” says Anooja. “Our training wing generates revenue in terms of mentoring for startups, oganisations, startups, and professionals. Our IT wing deals in web development, app development and support services, adding a big chunk to our revenue. While not completely developed as a vertical, our HR wing too brings in small amounts of revenue.”

Anooja’s chequered journey is an inspiration for all women chasing their dreams in the face of professional and societal barriers.

Women’s Day: How organisations are helping women cope with the ‘new normal’ brought on by COVID-19

After living and working in Dubai as a civil engineer for over a decade, Anooja returned to her hometown, Kochi, in 2013 with an entrepreneurial dream.

An MTech and MBA, she dabbled in interior designing and was an assistant professor as well.

Exposure to the academic and corporate sectors, she says, gave her insights into both worlds and the problems faced by aspiring professionals.

So, she came up with LIKES, short for Learning Innovative Key Employment Skills, a skill development programme along the lines of a finishing school for professionals. She called it Ourea, which means “mountain” in Greek.

”Just like the Panchatatva theory of life, which explains the five elements of existence, the LIKES programme revolved around five essential elements of professionalism and was designed to complement technical expertise with life skills,” says Anooja.

From the start, her family was sceptical. “I come from a family of bureaucrats, who believe women are not cut out for entrepreneurship,” she says.

And she did stumble a lot.

“While I had the expertise to pull off the finishing school, I lacked the entrepreneurship skills and resources to go about it,” she says. “I lost all of the Rs 10 lakh I had invested in the project and had to put a halt to my dreams.”

Rising from the ashes

It took Anooja four years to rebuild her dream. In 2017, she re-registered Ourea and fashioned it as a marketing venture.

This time, it started helping companies gain a foothold by adopting the right marketing strategies. But obstacles were again round the corner.

“We pitched and won a project with an online cab service,” she says. “Initially, payments happened smoothly. Since the client had some payment issues, we supported it as far as we could. Later on, the liability fell on the company and we ended up with huge financial losses.”

Anooja had to shoulder the entire burden and says she couldn’t let her family know she had failed again, as the criticism would have been too hard to bear. She lost her beautiful office and it took her eight months to pay off her debts.

However, her spirit was indomitable and at the end of 2018, she developed Ourea into a 360-degree company.

“While Ourea in Greek means mountain and though it’s a struggle to climb, eventually hard work and efforts take you to the top or help you achieve success,” says Anooja. “The bird in our logo symbolises the phoenix that never gives up or breaks and even if it does, it rises from the ashes, reflecting our failures and gradual success.”

The seven entities represent the seven human traits or personas that are embodied by the company’s culture and work philosophy. They are further split into seven core domains that serve specific business functions: consulting, training, marketing, IT, events, interiors, and photography.

Anooja’s 360-degree business model continued to draw criticism, with many advising her to focus on one vertical. However, after some strategic moves and fine-tuning, she found support from like-minded people.

Anooja was joined by Vinod Chacko and Naman Modi, who set up the IT team. She revived the LIKES programme, which enabled Ourea’s sister organisations to earn more revenue amid the pandemic. As stated earlier, Ourea also ventured into developing IT and edtech products.

Completely bootstrapped, Anooja says she is not looking to raise funds any time soon.

Being a woman entrepreneur in India is very difficult, especially in Kerala, she says. But her advice is to never give up.

“It is very difficult to convince people that a woman is capable of handling business. Also, with the misconception that women are meant to do household chores, take care of kids, and handle all the responsibilities vested upon her, it is very difficult to manage a company,” she says. “My advice to other young women is never give up, no matter what.”