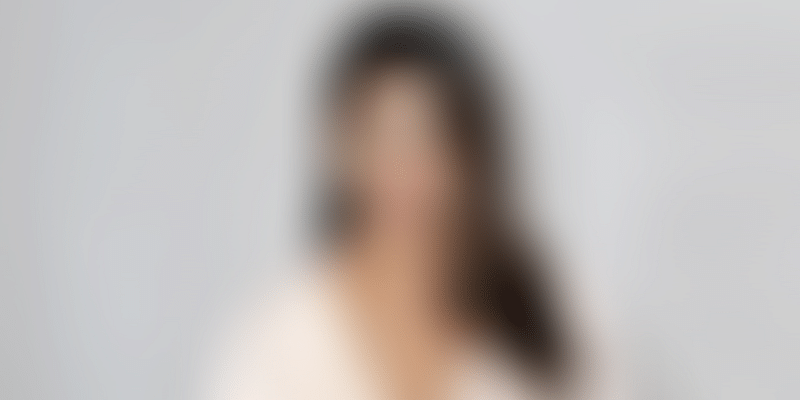 In her memoir, Unfinished, Priyanka Chopra Jonas takes us through her life journey – fame, challenges, and finding love.

The crossover star is one of the few from Bollywood to have made a name for herself in Hollywood with films like Baywatch, Isn’t it Romantic, and the series Quantico. The journey, she has said quite often, was a difficult and arduous one, where she had to literally knock at doors, introduce herself, and demand roles without stereotypes.

When Priyanka announced her memoir, her fans waited to see if it was a no-holds-barred one for the actor has always done things differently and faced both bouquets and brickbats with elan.

The book is like a long one-sided conversation, rambling in parts, ‘unfinished’ in others, with a lot of information already in the public domain. A lot of hashtags reflect her giggly persona, that sometimes leaves us wondering whether this is a book about her life after all.

This memoir is certainly Unfinished, for there are a lot of questions still left to be answered. At the end, you can’t help but ask: Will the real Priyanka Chopra Jonas please stand up?

However, there are some vignettes from the book that makes the star human – her bonding with her extended family, her journey from teen to queen, finding love, and her tryst with music.

Here are a few that make the book worth reading.

PeeCee’s philosophical takes This one, for instance. “If you put water into a cup, it becomes a cup. You put water in a bottle, and it becomes the bottle. You put it in a teapot, it becomes the teapot, Now, water can flow or it can crash. Be water, my friend.” Life as an army brat meant changing schools very often. And it was her dad’s ‘water wisdom’, she says, that helped her pull through. Reinvention, adjusting, acclimatising to new environments, overcoming fear of new places by opening up to possibility – these are some of the principles she lives by in her life.

Thriving at boarding school Though initially, Priyanka took a while to adjust to La Martiniere, Lucknow, she explains how she started to thrive in her second and third year and it became ‘her place’.

An interesting incident in school has the reader in splits.

Priyanka says once she saw a monkey on an Ashoka tree, having trouble peeling a banana. “I noticed and started laughing loudly, maybe even pointing at him. At which point the monkey made eye contact with me, scampered down the tree, slapped my face, and clambered back up. I sat too shocked for words while my friend laughed hysterically, as did everyone else on the playground who’d seen the comic bit.” Priyanka says she could see the humour in the situation, having a monkey call her out for her poor manners.

Own your choices Priyanka displays this abundantly as she recollects her life as a teenager in the US. Moving from Cedar Rapids to New York to Indianapolis and to Boston, along with her extended family, she says was filled with pleasant experiences.

In her last stop, she recounts the bullying she faced. “Brownie, go back to your country”, “Go back on the elephant you came on”, and more. She admits that she wasn’t able to find a way to stop the bullying and was starting to think her solution was to go back home. And one call home was all it took.

Miss India at 17 Unbeknownst to Priyanka, her mum and brother, Sidharth, had sent in her application for the Femina Miss India contest. But on the Big Day of the preliminary rounds, she says, seeing “a bevy of impossibly tall, gorgeous girls entering the lobby and floating towards the elevators left me in a cloud of their perfume and my own insecurity”. She turned to her mum and said, “Let’s go home.” Despite her full-blown American accent and insecurities about her ‘duskiness’, she was elated to be crowned Miss India-World.

When culture had her back She had been advised to bring Indian culture and ethnicity to the pageant, and so Priyanka chose to wear a bandhani sarong complete with bangles, a bindi, and a large flower tucked behind her ear to the swim shoot on the beach. She says, “In retrospect, the outfit was overkill. But it worked. And in spite of the fact that I was the most covered-up body out there, I still ended up being one of the most photographed contestants that day.”

Brave in Bollywood Entering Bollywood was not a piece of cake. Priyanka says she has had her share of uncomfortable and unpleasant moments. Like when a director told her once before she was to perform a seduction song, “Whatever happens, panties should be seen. Otherwise, why would people come to watch the movie.” She also talks in detail about “insiders” and “outsiders” in the industry, dealing with a plastic surgery rumour because of a botched polyp surgery, and handling colourism.

Traversing Tinseltown The time from when her music career took off to landing acting roles and finally Quantico, Priyanka says, was like a dream come true. Interestingly, she says, while in India she had been working to get rid of her Yankee accent, she had to work on getting it back again for Alex Parrish, her character in Quantico.

Finding love Meeting Nick Jonas, her whirlwind engagement, and the big fat wedding features extensively in the book. She says, “Once we started dating, I felt like I was being carried by a giant unstoppable wave. At times, I had no idea where the wave was taking me, but I rode it anyway.” He fitted all her non-negotiable qualities, and the rest, as they say was a fairytale ‘happily ever after’.

Priyanka also talks of being ‘daddy’s little girl’ and how his death left her with an unbearable grief. Work, she says, was her therapy and allowed her to continue functioning.”

Unfinished ends, albeit temporarily, with Priyanka talking of her voice, which she believes can be of most use in this world. The story of Priyanka Chopra Jonas, however, isn’t finished!