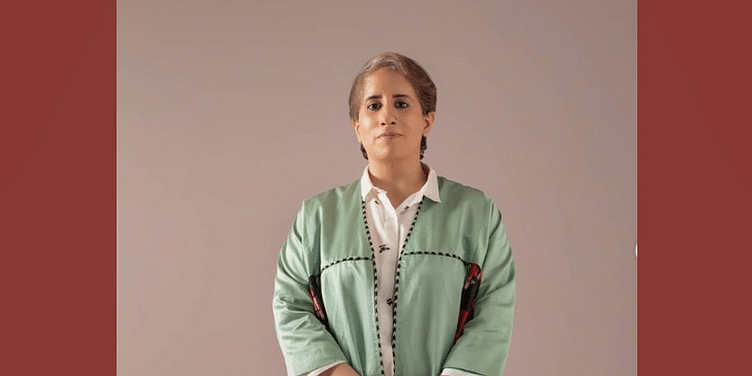 Guneet Monga said as someone who has been a huge admirer of the French cinema, receiving the honour of Knight of the Order of Arts and Letters was a "special" moment.

Producer Guneet Monga — known for backing films like The Lunchbox and Masaan — has been awarded the second-highest civilian French honour.

Monga was given the honour of Knight of the Order of Arts and Letters at the Embassy of France by French Foreign Minister Jean-Yves Le Dria on Tuesday.

She has been recognised for her contribution to the world cinema through her Indo-French productions, and "her relentless work towards women empowerment," a statement read.

Monga said as someone who has been a huge admirer of the French cinema, receiving the honour was a "special" moment.

The 37-year-old filmmaker said she has constantly strived to champion women empowerment through her work. She dedicated the honour to "every girl with a dream."

"Being honoured with the title 'Chevalier dans I'Ordre des Arts et des Lettres' is extremely special for me... With my content, I've constantly strived to uplift women's narratives in cinema. I'm grateful for this honour and would like to share it with my co-founders of Indian Women Rising and my entire team at Sikhya entertainment.

"Even though the honour has mine and my family's name on it, I dedicate this award to every girl with a dream. Continue to dream freely and create fearlessly. The universe is always conspiring in favour of the brave, and I stand here as proof of that! May our tribe rise," the producer said in a statement.

"I was proud to congratulate Indian and French women producers for their Indo-French collaborations and their work towards gender equality in this field. The Embassy of France in India will also play its part through this agreement with the Collectif 50/50. Gender equality is the foremost priority of France's foreign policy," he said.

Her other film productions were also screened and honoured at the prestigious festival, including Vasan Bala's Peddlers, filmmaker Anurag Kashyap's Gangs of Wasseypur, Monsoon Shootout, and Masaan.

Earlier, prominent names like Hollywood star Meryl Streep, Leonardo DiCaprio, and Bruce Willis have been felicitated with the Commandeur title, while Shah Rukh Khan and Aishwarya Rai Bachchan have won the Officier title.