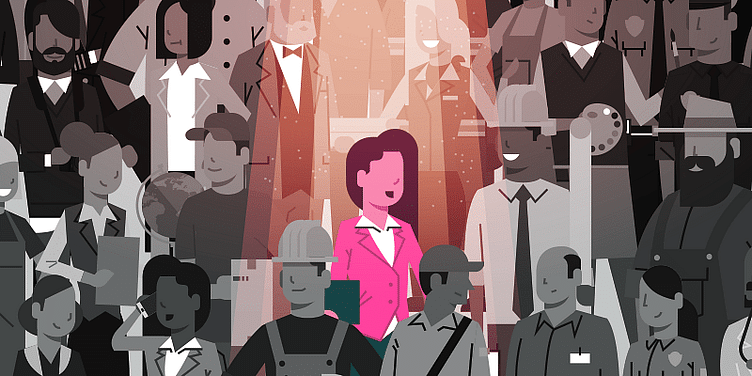 As many as 80 percent of Indian women across 13 states claim to enjoy greater socio-economic and cultural status after starting a business, a study conducted by EdelGive Foundation revealed.

Businesses owned by women entrepreneurs in India are likely to witness 90 percent growth in the next five years in India, a study revealed.

The report, titled Landscape Study on Women Entrepreneurship by EdelGive Foundation, projected a growth trend of 50 percent and 24 percent for women entrepreneurship in the US and the UK, respectively.

It was released on Friday by Ram Mohan Mishra, Secretary of Ministry of Women and Child Development, during an online event chaired by Amitabh Kant, CEO of NITI Aayog.

As much as 80 percent of women across 13 Indian states claim to enjoy greater socio-economic and cultural status after starting a business. These women, hailing from semi-urban and rural India, also reported “a greater sense of independence and confidence.”

“Women in India are leading a cultural revolution – building their businesses, paving the way for future aspiring women entrepreneurs. Their role is pivotal in enhancing the economic growth of the country, employment generation, and industrialisation. The adoption of policies and implementation of schemes that provide appropriate training, incentivisation, economic and cultural recognition is key to the success of women entrepreneurs in India,” said Vidya Shah, Executive Chairperson of EdelGive Foundation, participating in a panel discussion.

The study was carried out as part of EdelGive’s UdyamStree Campaign that aims to boost the entrepreneurial spirit among Indian women and recognises entrepreneurship as a key to empower them economically.

Reasons for not seeking the benefits vary from not having the required documents, having no assets for mortgage, to believing it involves ‘complex processes’.

Taking into account various factors like family members, society, finance, the role of the government, NGOs, and the ecosystem at large, it found significant gaps hindering a woman entrepreneur’s journey. This includes the lack of financial knowledge and resources ranging from marketing, production, technological, and persisting socio-cultural.

It urges states to proceed with a meta-analysis “to identify specific needs, design and implement relevant programmes.”

A successful rise in women entrepreneurship holds the promise of creating 30 million women-owned enterprises which can potentially result in 150-170 million new jobs in India, according to a report by ﻿Google﻿and Bain & Company, released early last year.