[Women in Tech] Opportunities come to those who ask for them, says Katya Ivanova of Acronis 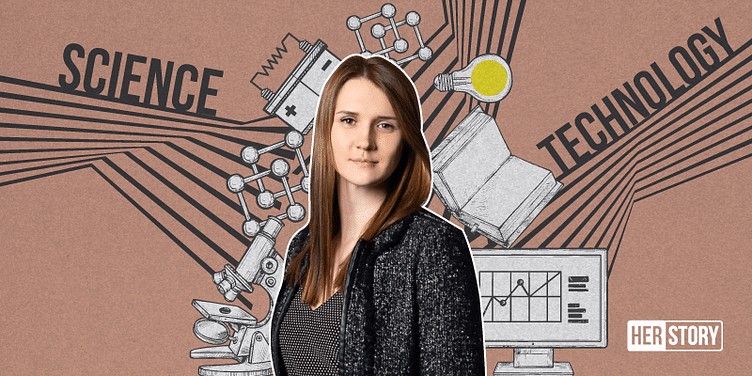 Katya Ivanova, VP – Worldwide Inside Sales, Acronis, says there are fewer women in tech due to wrongful perception. It is perceived that tech is for men and not for women, and this perception starts building up early on.

Katya Ivanova, VP – Worldwide Inside Sales, Acronis, was born in Ukraine. From a young age, she was good at both languages and mathematics, which made her university degree choice hard, and she had quite a wide variety of specialities to choose from.

She decided to pursue a master’s degree in French and English languages from Kiev, which she says gave her an academic background and taught her to look at things more broadly.

Curiously, Katya never studied STEM until she started working at Acronis. Her actual knowledge and qualifications in STEM came with a practice that she secured through work. In that sense, she believes Acronis is her real alma mater.

In a conversation with HerStory, Katya talks of her career journey, the challenges of working during a pandemic, and her future plans.

HerStory [HS]: Please take us through your career journey from the beginning until now?

Katya Ivanova [KI]: I started as an individual contributor in the technical support team, and in two and a half years, I scaled up to the role of a director, managing several teams worldwide. Two years into the role, I’ve realised that I wanted to directly influence the company’s growth and revenue, and there was no better team to do that with than sales. I was aware that was a risky move since I did not have any sales experience and had to give up on a career I had been working on for over five years, give up the director designation with over 150 people in reporting line, and move to a manager role with just one direct report who was not even working with me full-time.

My friends and family thought I was crazy — they saw how hard I worked to have what I had at that time, but I knew if I wouldn’t make the move, I would regret it. Three years later, I was promoted to Vice President of Worldwide Inside Sales. Such a fast move through the roles in two completely different fields puts more pressure on you as an individual since you need to learn, grow, and improve your skills at an accelerated pace. It requires a lot of hard work, perseverance, and the drive for result.

HS: Tell us about your roles and responsibilities at Acronis?

HS: Tell us about working in a team.

KI: I have over 200 people in my team across different functions – sales, training, project management, etc. There are too many interesting experiences to count, but the most exciting challenge for me has been to open new offices. I was responsible for developing Romania, Bulgaria offices into Acronis sales hubs. We’re planning to have a small team in our new office in the Middle East soon.

HS: How did you face the challenges of working in a pandemic?

KI: It’s been a year of reinvention. Due to lockdowns and work from home, we had to re-think our onboarding for new hires, training, and employee engagement programmes that were earlier proven to be effective in an office environment but didn’t work so well in the remote. I’ve realised how much we underestimate passive learning — where employees learn from each other by being in the same room, overhearing each other’s calls with customers and asking questions. When you are a new hire, being around senior colleagues helps you to learn at least twice faster. In 2020, my department hired and onboarded over 100 employees.

HS: What more can be done to attract and retain more women in the workforce?

KI: Empower women. Women tend to doubt themselves more than men, hence they need more encouragement. Opportunities come to those who ask for them – in my experience, women don’t ask for opportunities, they wait to be recognised instead. Leading to stalled promotion, leading to management thinking they don’t have enough grit or desire to lead – which is not true, and in turn, leads to more openly ambitious candidates getting promoted.

HS: What have been your biggest successes and challenges?

KI: In 10 years, I’ve accomplished something that would normally take 15-20 years. This came at a price – I’ve worked round the clock for years, accumulating the hours and investing them all into work.

The ability to convert colleagues and partners into mentors – which helped accumulate practical experience from others. I’ve learned from their experience, success, and mistakes – instead of waiting to gather my own.

Due to fast growth, it was always hard to adapt to a new level. With the rapid change, being surrounded by top-level senior executives, all older and much more experienced – I’ve had to maintain the highest levels of prepping, which took a lot of time, energy, and resources.

HS: Why is networking essential for women in tech?

KI: It’s important for all, not just for women; it’s hard, if not impossible, to know everything. When you look at super successful people, they are surrounded by highly qualified people from their network. The wider your network, the more capable you are, and the faster you can solve the task at hand.

HS: Why do you think there are very few women in leadership positions in tech?

KI: The key obstacle, in my opinion, is waiting for an opportunity to open, instead of asking for it. The reason why there are fewer women in tech, in general, is due to wrongful perception. It is perceived that tech is for men and not for women, and this perception starts building up early on. I think we should start promoting an even split and tech for all early on too, from the school/university to promote the examples of successful women in tech, so girls aspire to have a career in tech.

S: Why should every organisation have an equal opportunity mindset?

KI: Multiple research shows (for example, research “Collective Intelligence and Group Performance” done by Anita Williams Woolley, Ishani Aggarwal, and Thomas W. Malone), as well as my own observation, have concluded that mixed groups show better results than homogeneous ones. Having an equal opportunity mindset is beneficial to companies as they can achieve better performance.

Secondly, motivation and eagerness to succeed are much stronger performance indicators than knowledge and skills. On many occasions, I have observed people with strong motivation outperform their more experienced colleagues due to their drive to win, and due to that drive, they were building up skills and knowledge extremely fast.

KI: On the professional front, I want to move to a global sales role, a vertical growth out of inside sales. There are also several people in my team who I want to push to take up senior leadership positions. Helping people grow in their careers is actually a very big goal for me.