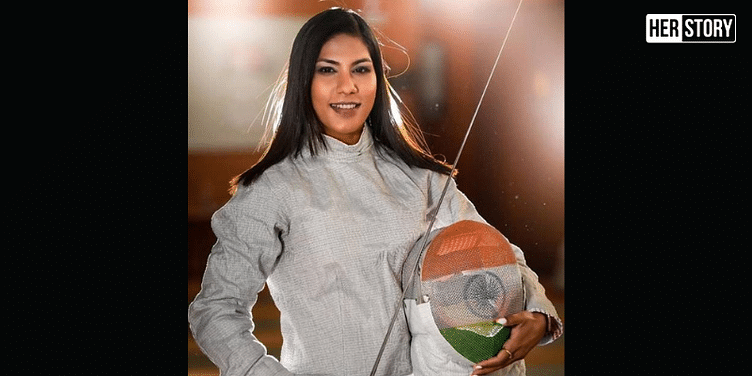 Bhavani Devi said that even as her mother was recovering from COVID-19, "she told me to focus on my dream and play in the Budapest World Cup rather than return home to be with her.”

Come Summer Olympics to be held in Tokyo this year and for the first time, an Indian athlete will participate in fencing. 27-year-old Bhavani Devi from Chennai, the first Indian fencer to qualify for the Olympics, is all set to compete in the sabre category in Tokyo this year.

The sportswoman gives all the credit to her mother and late father, who was a priest, for providing a strong support system.

She said, “My mother always encouraged me. She would tell me ‘If today is not good, tomorrow will be better. If you give 100 percent, you will definitely get the result.’ Even from her hospital bed when she was recovering from COVID-19, she told me to focus on my dream and play in the Budapest World Cup rather than return home to be with her.”

Believe in yourself and the world will believe in you: Ritu Phogat, the latest ‘Dangal’ sister to enter the ring

“Only because of my parents, I was able to push myself harder to overcome difficulties,” she said at a media interaction facilitated by the Sports Authority of India.

She affirms there were voices dissuading her when qualifying for the Olympic Games seemed like a distant dream. “People used to ask why I am investing so much time in the sport. 'She’s a woman, she could get education and think of getting some job.' I didn’t get encouragement from outside, but my mother and father told me to not worry.”

In March this year, Bhavana hit a milestone in her career when she won a quota through the Adjusted Official Ranking (AOR) method after the Budapest World Cup in March.

For Bhavana, who began training for fencing with bamboo sticks in 2003, the excitement to represent India at the Olympics is well and alive. “It will be the first time when most of our country will watch fencing and will watch me play, so I will give my best performance in front of them,” she said.

Inducted into the Target Olympic Podium Scheme in April, she is expected to continue training in Italy and depart for Olympic Games from there, if not cancelled.

A pioneer in fencing, Bhavana won silver at the 2014 Asian Championship in the under-23 category, and became the first Indian to do so. This caught the eye of former Tamil Nadu Chief Minister J Jayalalithaa who honoured her with Rs 3 lakh to support her training in the US.