Real women fight battles and resist convention with lipstick and laughter, much like Ladoo: Meghna Pant on her new book 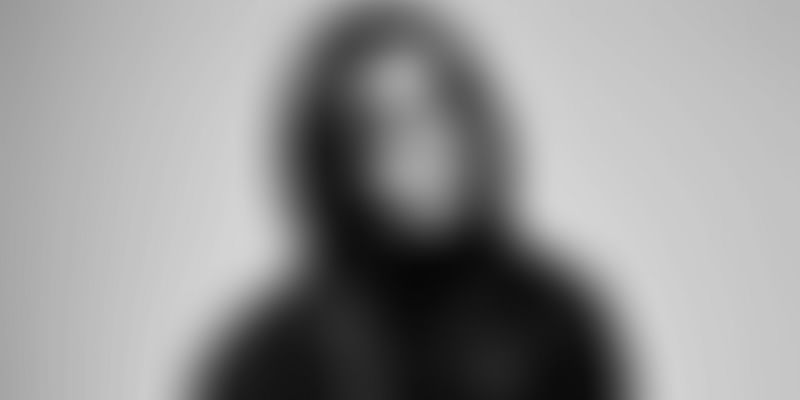 Meghna Pant’s new book, The Terrible, Horrible, Very Bad Good News, revolves around Ladoo, a 30-something woman who wants to have a child outside marriage and the hilarious situations she encounters on her journey.

Meghna Pant’s new book, The Terrible, Horrible, Very Bad Good News, published by Penguin India, offers some humorous respite in these terrible times. It also touches upon the social stigma of being pregnant using a sperm donor while still being single.

Ladoo, the main protagonist is a 34-year-old financial journalist from small-town Rishikesh. She’s divorced, struggling to find her Mr Right, and worried about her ticking biological clock. Her sister, Tamara aka Tammy, is an influencer with a mind of her own. The family is shocked at Ladoo’s decision to have a child using a sperm donor, and this develops into whirlwind of situations where Ladoo’s friend 410 plays a part.

In a conversation with HerStory, Meghna Pant talks about attempting humour, and debunking everything we’ve been taught about motherhood, marriage and the biological clock.

HerStory (HS): This one is quite different from your other books. Did you think attempting humour was going to be a risk?

Meghna Pant (MP): Yes, but in all my writing, I’ve taken risks to break stereotypes. I owe my first attempt at comedy to the pandemic, our unexpected visitor that overstayed its welcome so much, it may be Indian, not Chinese. It converted me into a banana-bread-baking, bank-robber-lookalike, wallowing in such gloom, that I was left too exhausted to write anything but comedy. I was doing so much heavy-lifting with a one-month-old baby and a three-year-old toddler, that laughter was the only thing throwing my COVID-life into sharp relief.

HS: Take us through the process of writing the book. How did you come up with the characters, the story, etc?

MP: After I found myself childless and single at the age of 33, I spend years torturing myself and allowed society to shame me for my ‘failure’. Despite having a good career, living around the world, surviving an abusive relationship, publishing books and winning awards, I let myself be told that I wasn’t woman enough until I’d had a child. I was Ladoo.

Fortunately, I met a wonderful man, got married and - at age 37 and 39 - I had two beautiful daughters. After all the cautionary tales I’d been fed my entire life, of the difficulty older women have conceiving, I’d braced myself for futility. But both my pregnancies were natural and smooth. I worked till the day of my delivery.

This led me to the obvious question: Was everything I’d been told about pregnancy and fertility a lie? It would seem so. Women’s bodies are stronger than they are given credit for. That’s why I wrote about Ladoo, the protagonist of this novel.

To debunk everything we’ve been taught about motherhood, marriage, and the biological clock.

HS: The subject of a single mother still remains taboo in India... did you want to convey any message through this story?

MP: I want women to know that my body, my rules, applies to each and every one of them. Let no one tell you if you should have children, when you should have them, how you should have them, and what to do after you have them. Society is opinionated about everything a woman does with her body - from the way she chooses to dress and pleasure herself to the hours she occupies in public space and her biological clock - and yet assumes a wide distance when a woman’s body is beaten, raped, mutilated or killed, just because she’s a woman. It’s hypocrisy. Your body, your choice. That’s the main message of the book.

HS: Are any of your characters inspired from real life?

MP: I have a childhood friend whose nickname I’ve borrowed for the character of 410 (Four-Ten), the protagonist’s best friend. All my characters are slivers begged and borrowed from real life.

HS: Why did you choose small-town Rishikesh as the focal point of your story. Is it because the idea of freezing eggs or sperm donors has still not reached small-town India?

MP: I think in big cities like Mumbai we are too busy to be scandalised. But, since I was born in Shimla, and have spent a lot of time in small-towns courtesy of my parents’ job with the government, I’ve noticed that people there have a lot more time to dig deep into their feelings, be it of love, nurture, hate or shock.

HS: Ladoo, as a character is lovable, strong when needed, and is also a bundle of emotions. What does the character actually seek to portray through the book?

MP: I wrote Ladoo’s character to show that a strong and powerful woman is usually just a normal, regular, and even funny family gal. Because women can be funny without being fools. I’m honestly weary of seeing strong and powerful women portrayed as crazy, screechy, vampy, over-sexualised, one-dimensional caricatures in mainstream media. Look around. Real women today are fighting battles and resisting convention with lipstick and laughter. Exactly like Ladoo.

HS: In comparison to Ladoo, her sister Tammy is feisty, independent, new-age, and wants to soar. But she also reveals that she is like her sister in some ways. Tell us how you visualised Tammy, another important character in the book?

MP: Tamara is my ode to all women who break down our entire social construct instead of being broken by it. She’s all woke. She knows her mind, exercises her agency, and refuses to be shamed for not successfully completing tasks that are odiously demanded of women, like marriage, modesty, childbirth, cooking, and chastity. Yet, she supports and respects another woman’s choice in wanting these things. This makes her not only a good woman, and a good feminist, but also - more importantly - a good human being.

HS: Your prose is sharp, witty, funny - any plans of exploring standup comedy?

MP: Thank you, but no way! Having grown up with a standup comedian, my brother Sorabh Pant, I know I don’t possess that kind of courage. I’m happiest working behind the scenes as a writer.

HS: Do you think it was risk releasing the book during the pandemic? How do you propose to interact with your readers?

MP: Sales can wait, humanity cannot. We planned the release of the book in April, anticipating that the pandemic would be over and everyone would be yearning for a light and humorous read. I don’t think anyone was expecting this dreadful second wave of the pandemic or the upheaval it has caused. Out of respect for everyone who is suffering, I have postponed all my talks and book readings - except a couple that could not be moved due to various reasons. I am interacting with my readers by trying to help them out in these awful times: sharing resources, offering leads, and holding a charity writing workshop in alliance with Tehseen Poonawalla to fund needy COVID-19 patients. Once things normalise, a book like this will be exactly what we’ll need to find our way back to ourselves.

HS: What's in the future?

MP: I have two more novels in the offing. Boys Don’t Cry and a young-adult novel, both of which should be out next year, and are being considered for movie adaptations.