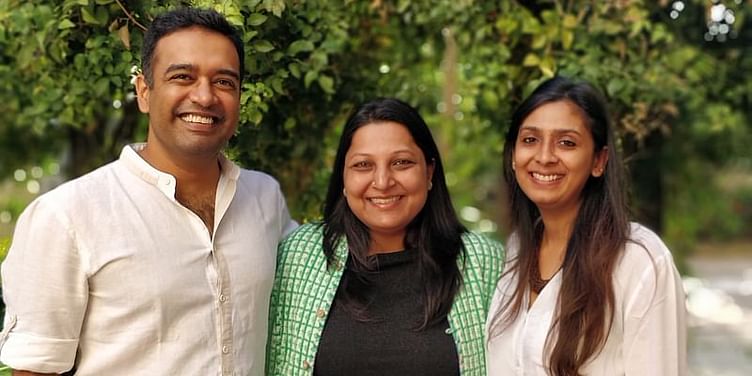 India’s education system is heavily academic-driven, with little time and attention given to extracurricular activities and learnings. The same rigour for academic subjects is also translated in the online learning space, which is dominated by edtech unicorns like BYJU’s and  Unacademy.

Bengaluru-based startup Spark Studio was started to tackle the fragmented market of extracurricular education. It is the brainchild of Anushree Goenka, former assistant vice president of business strategy at Swiggy, who believes pursuing non-academic interests can have a lasting impact.

"The pandemic broke the barrier and showed that children are capable of learning online and dealing with technology. Something like sports may not transfer online but other extracurricular areas that are more cognitive are very effective through online medium," she tells HerStory.

In fact, she believes that nurturing these skills and interests could go a long way in shaping various creative professional roles like product designing and advertising, among others.

Targeting children between the ages of six and 15, it offers courses in three categories like music, speech and debate, and visual arts.

Anushree was joined by three other co-founders who are familiar with different facets of the education space in India.

Namita Goel had taken a sabbatical from her role as the director of curriculum development at LEAD School. In over a decade’s career in the education space, disproportionate weightage given to non-academic activities became a cause of discomfort for Namita.

“Extracurricular learning plays such a crucial role and there is a demand too. Whenever you talk to parents, they express wanting their children to learn English and public speaking so that they can talk confidently and communicate, and their creative skills are enabled. The desire is there but input is totally different,” she says.

On the other hand, Kaustubh Kadhe witnessed the growth of edtech unicorn BYJU’s, where he previously worked as the assistant vice president of product.

“Amplifying the user experience through product and tech seems to be faring quite well in 2021, but would have been very difficult to do three years back,” he adds.

Also, among its founding members is ex-BYJU’s employee Jyothika Sahajanandan who is working as the principal software engineer.

The edtech market and funding

Anushree began researching consumers and the market in May 2020 and launched the startup in October. The entrepreneur says that parents’ trust through quality products is key to increase consumer awareness in the education space.

“Parents trust other parents a whole lot and a lot of our consumer awareness and growth have come from parents’ recommendations after the first hundred users. So, referral is a big part of how we acquire users,” she shares.

Given that the market for extracurriculars is not as structured as the academic syllabus, the challenge for the startup was to define the benchmark and to identify the depth of learning for different courses and age groups.

“The academic edtech has a standard syllabus to follow like IIT, JEE, and the entrance exams, and they need to just facilitate with the preparation,” the trio adds.

Although edtech has become a huge space, valued at $700-800 million, existing players in the market do not seem to be a concern for Spark Studio.

Namita considers that most students seek extracurricular lessons from neighboring tutors or smaller coaching centers where the curriculum is not standardised - and that is where the opportunity and competition lie for them.

In May this year, the startup announced an undisclosed round of seed funding from Better Capital and said the goal is to develop a seamless user experience from signing up till the completion of courses.

When asked for the best way to secure funding, “There will be a lot of people showing interest and asking for meetings but as they say, it takes only one yes,” Anushree says.