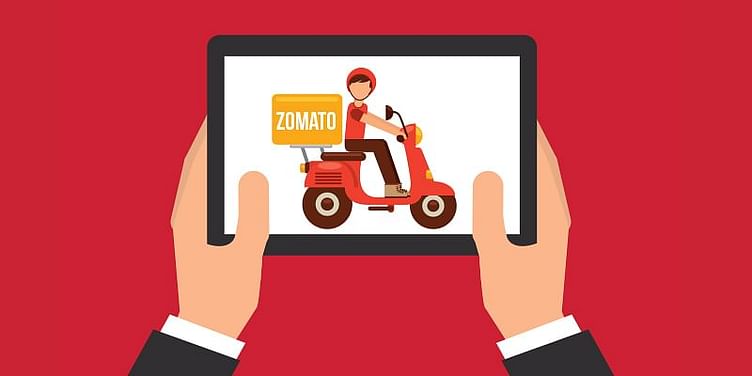 Through initiatives like equal parental leave, period leave, more women on the board and in its delivery fleet, Zomato Co-founder and CEO Deepinder Goyal is ushering in cognitive diversity across all levels of the organisation.

With news abuzz of food aggregator Zomato’s IPO early listing, possibly on Friday, all eyes are on the foodtech unicorn. The IPO was a blockbuster, and was subscribed by 44 times by the end of its three-day period.

Interestingly, Zomato is one of the few startups in the ecosystem that leads from the front on inclusion and diversity initiatives.

In a blog post published on the Zomato website in April this year, Co-Founder and CEO Deepinder Goyal wrote, “At Zomato, we’ve been working on multiple fronts to strengthen our own long-standing commitment to making our company more inclusive and diverse for years.

"Be it through initiatives such as an equal parental leave policy for men, women, same-sex, surrogate or adoptive parents; or period/menstruation leaves. Or just levelling the playing field for younger professionals from diverse educational backgrounds to have a seat at the tables that matter the most in the organisation.”

Last year, amidst the discussion and controversy over “period leave”, Zomato took what can be termed a “bold move” by announcing that all women (including transgender people) at Zomato can avail up to 10 days of period leaves in a year.

In the announcement blog post, Deepinder also had a note for men in the organisation. He wrote, “This is a part of life, and while we don’t fully understand what women go through, we need to trust them when they say they need to rest this out. I know menstrual cramps are very painful for a lot of women - and we have to support them through it if we want to build a truly collaborative culture at Zomato.”

Inclusion begins at the top

More than gender diversity, the Zomato co-founder has been vocal about cognitive diversity across the organisation.

Out of five independent members on its board of eight, four are women. These include Aparna Popat, Gunjan Tilak Raj Soni, Namita Gupta, and Sutapa Banerjee.

Deepinder remarked, “Having gender diversity on our board was a baseline, not a north star. Today, it makes me truly happy to share that each of our board members come from different occupational backgrounds, bringing diverse cognitive skills and perspectives to the table.”

Early this month, ahead of its much-anticipated IPO, Zomato elevated its former Chief Financial Officer (CFO) as its Chief People Officer and Co-Founder. Akriti Chopra joined the startup in its early years as a senior manager of finance and operations, and handed over her role as CFO to Akshant Goyal in October last year “when the CFO role started becoming more external-facing in the run-up to the IPO”.

In June this year, the Gurugram-based foodtech unicorn also announced that it would be increasing the participation of women in its delivery fleet from its current meagre 0.5 percent to 10 percent by the end of the year. It will start this first in three cities: Bengaluru, Hyderabad, and Pune.

Deepinder explained in a blog post: "We have always been about being a more inclusive workplace. So far, our inclusive workplace initiatives haven’t taken into consideration the fact that only about 0.5 percent of our delivery partners are women.

"Today, we are taking our first step towards increasing the participation of women delivery partners in our fleet. To begin with, we have set ourselves a goal of reaching 10 percent participation by the end of 2021."

He also spoke of the need for a policy change “in order to attract and retain more women delivery partners, to achieve the goal of 10 percent women participation in the three pilot cities”.

To this end, he said Zomato was working on four main areas: access to safety-related education and tools, contactless deliveries by default for late evening deliveries, extended support from restaurant partners, and an SOS button and dedicated support.