How this couple is enabling empathy and diversity through dolls, stories, and workshops 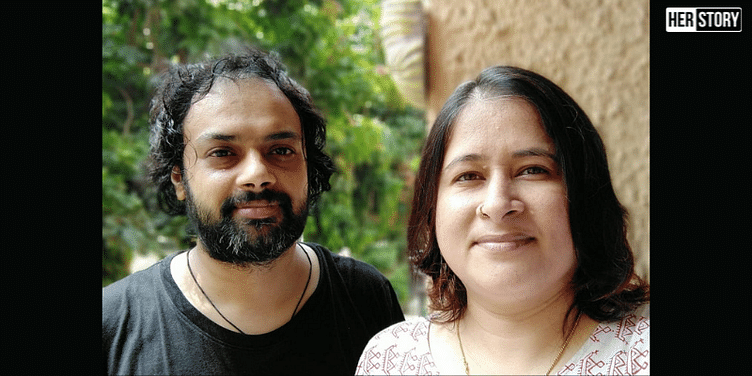 Entrepreneur couple Shweta Verma and Jamal Siddique aim to make sure nobody feels like “the odd one out” for their disability by encouraging open conversations through their Delhi-based venture, Ginny’s Planet.

Delhi-based entrepreneur couple Shweta Verma and Jamal Siddique have been working as social workers for nearly two decades. A PhD holder in resilience in the context of conflict, Shwetha was focussed on disability rights and mental health.

However, the work became an even more personal feat for the couple when their son was diagnosed with multiple conditions and had to go through several surgeries in 2016.

“As a new mom, it was a difficult journey. I have been training adults around me to understand how to be with persons with disabilities. But now, I keep wondering when my son goes to school and interacts with other children, who will prepare those peers for a child like mine?” she tells HerStory.

In 2019, the young parents decided to start Ginny’s Planet, a social enterprise, targeting a younger audience without leaving the parents and adults out of the conversation. Their for-profit social venture introduces the audience to Ginny, a doll who has nine fingers, a radial club hand, loves the rain and plays football, among many other things.

“When a child holds the doll, they notice that Ginny’s right arm is shorter than the left with only four fingers on one hand and automatically start conversations,” Shweta says.

According to the founders, their core aim is to amplify empathy, diversity, and disability through dolls, storybooks, and workshops for both children and adults.

Through Ginny’s Planet, they have set themselves up on a mission to sensitise people about disability in the larger scheme of diversity and “inquiry as a way of life”.

“If you are concerned and want to help, you can't do that without understanding what the other person is thinking, feeling, and going through. It is important to get to the mode of understanding people before you start saying things, offering help, or just assuming. That is the core of empathy we come up with in every workshop and conversation,” Shweta explains.

So far, the startup has organised more than 150 workshops and fulfilled over 350 orders. Jamal says had the pandemic not struck soon after they began operations, they could have reached a wider audience.

The startup’s primary revenue stream is from the sale of dolls, storybooks, and organising workshops in schools, which provides direct opportunity to reach young children of impressionable age, and also offers NGOs working in the disability space to join for free. Maintaining a hybrid model, it ensures that for every paid workshop, its partner NGOs get to take part in it as well.

Jamal says the duo started by investing their savings, but the lockdown hampered its growth and could not meet its expectations as planned. The coronavirus-induced lockdowns and social distancing further kept them from reaching wider audiences.

“Getting hold of schools was a key demographic and reach, but during the lockdown, schools had their own challenges. They are used to having one person do a workshop with a group of 50 to 100 children,” Jamal says.

The duo adds that the size of sessions has reduced significantly to about 15 people to ensure experiential learning not just for the sake of reaching wider audiences.

Moving ahead, Ginny’s Planet hopes to build a larger network of parents and educators, where everybody can express their concerns and ask questions freely without fearing that they will be called insensitive.

The larger goal, Shweta says, is that their products and workshops become a trigger to hold open conversations and that every child and parent take Ginny home to do so.

This will make a difference for close to 2.68 crore persons with disabilities living in India, according to the 2011 Census.