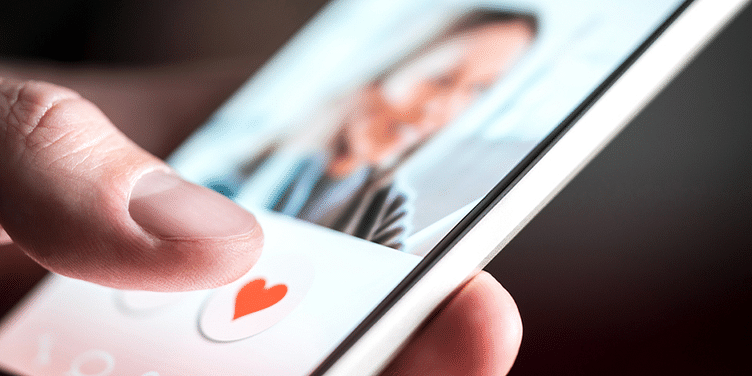 Since dating apps entered the Indian market, they have found it difficult to attract female users due to safety issues along with the stigma of dating. Now, apps are making their user interface more secure to sustain more women on their platform.

Dating apps entered India during the early 2010s and since then, they have had a hard time scaling in a country where dating exists in small pockets and is largely considered a stigma.

But amid COVID-19 induced restrictions, 2020 saw accelerated internet adoption. There were 622 million active internet users in 2020, and this number is expected to reach 900 million by 2025 across urban and rural areas, according to the IAMAI-Kantar ICUBE report.

Locked indoors, many at-home consumers flocked online to shop, watch movies, and even connect with people on not just social media, but also on dating apps.

While many apps including ﻿Tinder﻿, Bumble, and TrulyMadly did not reveal their exact user base, according to Statista, dating apps are projected to be used by 4.3 percent of India’s population by 2025 – up from 3 percent in 2021.

Tinder saw a 19 percent growth in messages exchanged and a 32 percent increase in the conversation duration from 2020, according to data shared by the company.

A small dipstick survey done by YourStory showed that women started using one of the dating apps for the first time or revisited it mostly with an intent to meet new people.

Is Tinder making it difficult for you to find love?

A nationwide survey commissioned by Bumble in June 2021 revealed that 44 percent people, who were previously against online dating, tried the app “as it became the only way to meet someone”. Also, 50 percent of singles in the survey claimed they were no longer ashamed to say they met their partners through a dating app.

This opened up an opportunity for many dating apps to sustain women users, who are usually hard to keep.

“We definitely saw our user base go up but it was surprisingly coming from women between 18-24 years, which has never happened before,” says Able Joseph, Founder of Aisle.

Having female users on dating apps is important for app runners. It helps create an environment of trust for both men and women. When there are more women on the apps, the number of fake accounts tend to decrease, according to Jitesh Bisht, Founder of HiHi App.

This is the mantra being followed by new-age apps such as the one-year-old HiHi App, which aims to increase their female ratio to 30 percent. While Founder Jitesh did not reveal the current gender ratio on the app, according to Statista, out of the 31 million Indian dating app users in 2020, 67 percent were men.

But in the crowded dating app market, sustaining female users is not an easy task. “It is also very expensive,” Snehil Khanor, Co-founder and CEO of ﻿TrulyMadly﻿, told YourStory in an earlier interaction.

If getting a male user to download the app costs Rs 4, then for a female user it would cost at least Rs 10, according to two industry experts who confirmed this estimate. The prices could only go down if the volumes are higher.

Acquiring female users is also expensive because a fewer number of women use the internet as many families restrict women’s access to mobiles and the internet. In urban areas, 43 percent of women spend time online compared to 57 percent of the male population, while the ratio is also similar in rural areas, with 42 percent females compared to 58 percent of their male counterparts, according to the IAMAI-Kantar ICUBE report.

This has led to the gender ratio on dating apps becoming extremely skewed. For the longest time, many dating apps had almost 80-90 percent men, as told by many industry professionals.

This skewed figure is also the result of many women being apprehensive of signing up in fear of their security and well-being. According to cybersecurity firm Kaspersky, 57 percent of online daters lie to each other while 41 percent have faced some or the other form of fraud on dating apps.

“I got catfished on a dating app and I don’t think I am ever going to use one again,” tells a 25-year-old Mumbai-based investment professional who wishes to remain anonymous.

Many women also get unsolicited messages and drop off with a bad experience.

Meanwhile, using dating apps still remains a big taboo for women. While a 24-year-old MBA student, who wishes to remain anonymous, did not have too many bad experiences, she deleted all her dating apps as she was moving back to her hometown.

“I did not want anyone to find me on a dating app and then come and report it back to my family,” she says.

Many apps are striving to find a solution to this problem.

Tinder, which entered India in 2012 and was taken over by Match Group in 2016, rolled out a Block Contact feature earlier this month. The feature lets users block people from their contact list to avoid “the awkwardness of a familiar face they would rather not see”, according to Tinder’s emailed responses to YourStory’s detailed questionnaire.

As the pandemic struck, the app was quick to introduce and heavily promote the perks of virtual dating for women, as they would not have to meet someone for the first time at a new location or at their homes.

To retain female users on the platform, HiHi offers users to fill up an extensive questionnaire when signing up to keep a tab on genuine users.

“We take flagged accounts very seriously, especially if a female user has flagged someone. Our team investigates the account and removes them if they are not in line with our guidelines,” says Jitesh

Non-serious users also get filtered out quickly. To build trust among women, the firm is also focusing on building a female-friendly brand image.

Bumble, which is backed by actress Priyanka Chopra, has a positive brand image among women as the app enables women to initiate a conversation instead of them receiving unsolicited messages. Though the Whitney Wolfe Herd-run firm could not participate in the story, the company earlier this year did introduce the ‘Stand for Safety’ initiative, which provides guidelines to help women fight online abuse.

Shalini Singh, who founded ﻿Andwemet﻿ in 2019, says the app only allows people aged above 25 and asks them a bunch of questions — such as how comfortable they are with long-distance relationships, if people would like to own a pet, if they had past relationships, among others — before approving their profile.

“Our questions are designed to give a lot of information about the person. So, before getting too invested and then finding something that could be a deal-breaker, we think it is better to know things beforehand,” says Shalini.

Currently, around 60 percent of the users on the platform are female. These initiatives indicate that the future of dating apps remains optimistic.

“There is a cultural shift happening in India. The younger generation exercising their independence and choice to find their life partner, which is a departure from the traditional approach. The key to cracking this market is to create a safe experience for women online when exploring new relationships, which not many dating startups have figured out yet,” says Vinod Jose, a Philadelphia-based angel investor and founding partner of Konglo Ventures, who invested in Aisle, in 2021.