Can fintech be the game-changer for women’s empowerment in India? 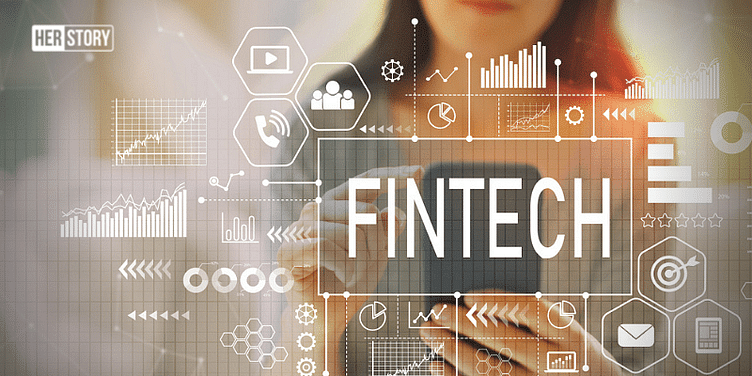 In a capitalist world, where money corresponds to social status and power, fintech provides women with the opportunity to partake in the economy.

According to the IAMAI-Kantar ICUBE 2020 report, in 2015, India’s mobile internet penetration stood at a mere 19 percent, which more than doubled to 45 percent by 2021. It is expected to further grow to 70 percent by 2025, reaching 900 million users.

Of the 624 million mobile internet users today, 43 percent are women, and while we’re still a long way from achieving gender parity, the progress is encouraging.

Currently valued at $31 billion, the Indian fintech industry is expected to balloon to $84 billion by 2025.

Does fintech possess the potential to ensure greater financial independence and individual freedom for women?

In simple terms, fintech refers to a business that employs technology to enhance or automate financial services and processes. This includes everything from mobile banking to insurance to investing and cryptocurrency.

Marred by long queues and lengthy paperwork, brick and mortar institutions like banks are struggling to catch up with the pace of modern life.

But how does this translate into empowerment for women?

From 26 percent in 2014 to 77 percent in 2017, the percentage of Indian women who own a bank account has been rising exponentially.

A labour of love: Building a fintech startup to help users save

This gap in usage can be attributed to various factors. In India, women are not inducted into the financial system at an early age. As opposed to young boys — who may frequently visit banks with their fathers — young girls are rarely provided with an opportunity to step inside a financial institution.

As these young girls turn into women, finance remains an uncharted territory, becoming an almost frightening undertaking. Thus, fintech opens doors for inclusion in the financial market by enabling women to take charge of their funds within the comfort of their own space — on their smartphones.

Many fintech firms provide collateral-free microloans, benefiting women who do not yet possess assets of their own. Most working women are also homemakers, making it difficult for them to find time for cumbersome banking procedures. Fintech represents a convenient substitute.

In a capitalist world, where money corresponds to social status and power, fintech provides women with the opportunity to partake in the economy.

First and foremost, it enables women to contribute to managing economic resources within the household — a domain that has been and continues to be dominated by men.

Whether it is travelling, buying a car, or starting a business, being able to utilise one’s own monetary resources per one’s own will posits a huge boost in confidence and self-esteem.

This regaining of agency not only makes women financially independent but also empowers them to set boundaries and ask for what they want — within the household and at work.

But that’s not where the story ends.

Empowered women empower their family, community, and the economy. Research suggests that when women are at the helm of affairs, they are more likely to invest in a family’s nutrition and education, creating a healthy and able workforce for the future.

Furthermore, self-help groups such as SEWA and other women-led organisations are glowing examples of how women banding together leads to the economic and cultural upliftment of their immediate community and society at large.

The long march toward gender equality began with the right to education, then the franchise, and various waves of social transformation. Financial independence is the next chapter in that story, and technological development will facilitate this disruption.

The fintech revolution is an important moment in the history of women empowerment. The vision is simple — a future where all Indian women are independent, have access to affordable credit, and can avail the best value-added services.