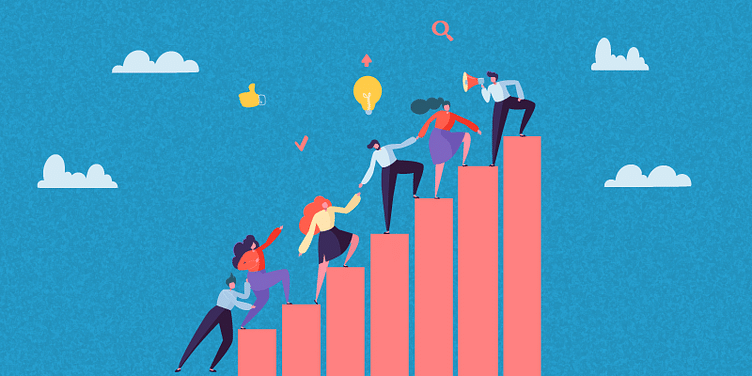 With more women entering leadership roles, there is certainly a wave of change taking place in the corporate world. But, how do these leaders pave the way for other women to climb the ladder?

India’s corporate sector is seeing a narrowing of the gender gap in senior management roles in organisations. More and more women are entering top leadership roles, signalling a change in the business world.

The Grant Thornton Women in Business 2021 report says that with 39 percent, India ranks third in the world when it comes to women representation in senior management positions. It adds 47 percent of Indian mid-market businesses now have women CEOs.

The report suggests that companies are increasingly becoming conscious of the importance of having diversity and inclusion programmes. Today, the push towards gender diversity by Indian corporations is unprecedented.

While the pandemic and the resultant economic slump has been damaging to various sectors, the growth in work from home opportunities proved to be a boost for women joining the workforce or relaunching their careers.

Unsurprisingly, one of the reasons for the steady upward curve in companies recruiting more women in leadership roles is that these companies are also led by women. A recent US report revealed that, without discounting merit for gender, women supporting women is the real reason for the growing number of women in the top rung of many organisations.

US-based Corporate Women Directors International (CWDI) surveyed nearly 3,000 companies in 55 countries and found that on average, the 143 companies with a woman CEO had significantly more women both on their boards and in executive positions.

This women entrepreneur’s garment business is upskilling and hiring women inmates, helping them earn a livelihood

Apollo Hospitals Group, one of the largest organisations in the medical sector, sees a major chunk of its top leadership positions being headed by the Reddy daughters.

“A woman CEO is also more likely to implement programmes to encourage women with potential through specific skilling and training to become ready to take up more responsibilities at a higher level in the organisation, including revenue-generating roles. A female CEO is more likely to be empathetic towards challenges faced by women and propose conducive policies such as menstrual [leave] policy, extended maternity leave, adoption policy, and crèche facilities in or near office premises and so on,” she added.

For Heads up for Tail’s Founder Rashi Sanon Narang, the straight answer is representation. “The more we see people with similarities (caste, class, race, gender, age, religion, etc.) take up positions of leadership and formal authority, the more it seems like it’s possible for others to achieve similar positions. There’s also a large sense of sisterhood and upliftment, right? Women who have broken the glass ceiling, overcome a host of challenges and struggles, and pave the way for others to do so as well.”

D&I important but merit gets the job

Apart from being gender-sensitive, it’s important to make work accessible and opt for diversity and inclusion practices that help the workforce in bringing the best to the table while maintaining a healthy personal and mental wellbeing.

“Juggernaut likes employees who are enterprising, have fire in their bellies (as I put it), and who are very bright. We use these criteria for selection. As a young mom, I like to think we are very understanding of new parents and the demands.”

For this, employers need to be conscious of their surroundings. Women leaders will always launch women-friendly initiatives.

Publisher Chiki Sarkar of Juggernaut says, “Juggernaut likes employees who are enterprising, have fire in their bellies (as I put it), and who are very bright. We use these criteria for selection. As a young mom, I like to think we are very understanding of new parents and the demands.”

Rashi believes that the first step is to start a dialogue to bring in better diversity and inclusion policies. “Have the necessary conversations over and over again to facilitate change. And that’s what we have tried to do. Being aware of our current numbers, looking at roles and functions that are more male-heavy than female, creating necessary infrastructure support for women, especially across our warehouse and retail stores, initiating dialogues around gender diversity (including learning how we can be queer and trans affirmative) are some of the things that we are currently doing and building on,” she says.

While creating a gender-sensitive environment for a more gender-equal workforce is a must, Preetha believes in ensuring there are no ‘glass ceilings’ for women to break into.

“Women today are prepared for bigger roles in an organisation and must be evaluated on gender-free terms, based on their skills and performance. Career growth in Apollo is purely based on one’s merit and performance. Alongside, our D&I efforts include several innovative HR policies that focus on helping women maintain work-life balance and encouraging their growth within the organisation, through a supportive culture,” she says.

While the growth has been steady, there is still scope for improvement. Despite the relaunch initiatives by organisations, we’re still not able to tackle the leaky workforce pipeline as women continue to quit jobs mid-career because of the sole onus of caregiving responsibilities falling on women.

“Motherhood is definitely one, and as someone with young kids, I have experienced first-hand the massive pressures of running a business and managing little kids. It’s really hard and I have a lot of help. What about moms who don’t? But in any case, I think one big reason we have fewer women leaders is that we have fewer women in the workforce,” Chiki shares.

So, while the graph may be looking up unless we fix the leaky pipeline, gender-equal leadership will remain a distant dream.