Why the Nykaa IPO, which made Falguni Nayar India's richest self-made woman, is a step in the right direction 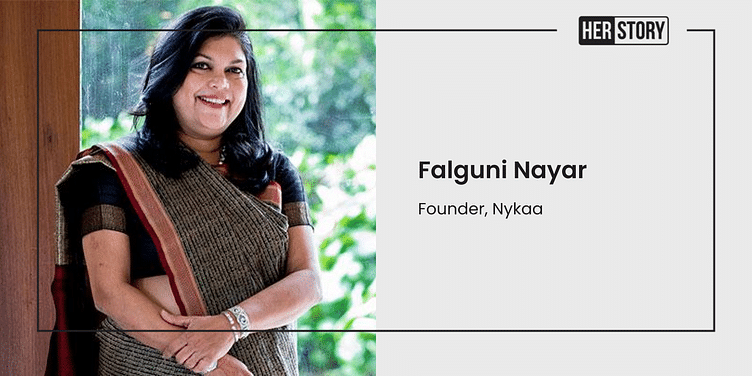 With Falguni Nayar becoming one of the few self-made women billionaires in India after the Nykaa IPO, will we see more women founders in India?

“I started ﻿Nykaa﻿at the age of 50 with no experience. I hope the Nykaa journey can inspire each of you to be the Nykaa of your lives,” said Falguni Nayar, Founder of Nykaa, the online beauty care marketplace, as its parent company, FSN E-Commerce Ventures, ﻿debuted on Indian bourses with 80 percent gain.

The beauty marketplace was founded in 2012, and the investment banker-turned-entrepreneur continues to own half of Nykaa’s shares and is worth a whopping $6.5 billion.

Interestingly, Nykaa’s market cap is now greater than Coal India, Britannia, IRCTC, and the double of Hero MotoCorp. It isn’t that this is the year’s first or last IPO. The Indian startup ecosystem has multiple tech companies in line to debut on Indian bourses.

Despite this, even today, women-led startups have raised less than two percent of the overall funding raised by the Indian startup ecosystem. This is despite several marquee studies pointing out women-led startups fair significantly better.

But we are hoping things may change significantly with the stellar IPO of Nykaa.

Here are a few things that have set Nykaa’s IPO apart:

An IPO creates exits for investors, which, in turn, translates into more funds entering the startup ecosystem.

The reason the Nykaa IPO is of significant importance to women entrepreneurs is that it clears the path to an exit, which investors can get from a woman-led company.

When a woman-led startup heads towards an IPO, it opens up opportunities for more women founders to raise funds.

When Falguni founded Nykaa, the segment was new, and beauty commerce or D2C was not as popular as they are today. In fact, the startup broke the myth that ecommerce and beauty retail does not work in India.

As a stockbroker and investment banker, Falguni had come in contact with many people and businesses. She had been able to size up the market, translate business plans and projections, and understand the financial projections of a project. She had even done a lot of IPOs for corporates.

However, taking your own business to an IPO is no mean feat. It requires skill, courage, grit, and determination, and so much more. When you’re a woman founder, there is no margin for error. The stakes are higher. You need to prove yourself every time with every move to get people to take you seriously.

In an earlier conversation with YourStory, Falguni had said, “I felt that there is a lot of early-stage value creation by entrepreneurs, and yet, there are several naysayers. It was the entrepreneur’s drive and belief that intrigued me, and it was something that I wanted for myself.”

Needless to say, like any startup, Falguni faced her fair share of naysayers — who may have wondered if the market was there? If it would work? And in eight years, Falguni has repeatedly proven people wrong.

We may be far from getting rid of these unconscious gender biases, but the Nykaa IPO signifies a huge step in the right direction.