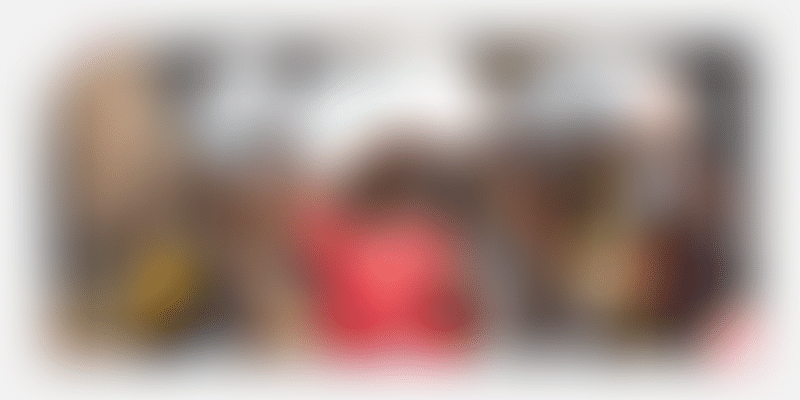 The COVID-19 pandemic not only reminded the world of existing gender and economic disparity, but also exacerbated it. In India, women in the informal are still reeling and recovering from unemployment and loss of livelihood.

When the coronavirus outbreak led to an overnight nationwide lockdown in 2020, thousands of migrants from metros across India left for their homes on foot, sometimes with no food or money left.

In rural Uttarakhand, when these migrants returned home, women of the households were urged by medical personnel to get tested for coronavirus, considering they were primary contacts. States and the Union Territories were also advised by the Union Labour and Employment Ministry to organise free coronavirus (COVID-19) testing for migrant workers as well as to maintain a database of all workers moving out of their states.

However, testing the families, especially the women, was not an easy task. Besides the fact that they did not have the means to stay quarantined, women in rural areas – mostly earning a livelihood as agricultural labourers – were worried their work and earnings would suffer if the results came out positive and required them to be isolated for over two weeks.

Job security has been a concern through most of the coronavirus period, considering the pandemic’s economic and social impact. For women working in the informal sector, the times have been especially hard. A report published by the Center for Sustainable Employment at Azim Premji University revealed that women in the rural informal sector accounted for 80 percent of job losses between March and April 2021.

But the fear of job loss pervades the corners of urban India as well. When the government started registration of all adults for COVID-19 vaccination on April 28, 2021, a large proportion of the population that worked as daily wagers feared losing a day’s income in the process.

“There were a lot of people who felt sick and had to bear expenses that came with Covid treatments while they were already struggling with existing medical expenses from family members suffering chronic illnesses. With the lockdown and subsequent loss of livelihood, income source going away was just a constant source of worry and anxiety for them,” says Aiman, a research associate at SEWA (Self-Employed Women’s Association) Bharat. The NGO supports 1.5 million women workers in the informal economy.

Aiman says she has observed through her continued conversations with these women workers that income, livelihood, food security, and health are their key concerns amid the prevailing uncertainty.

Basanti, a single mother in Dol ganv (village) in Almora district, used to earn a living as a babysitter for government school teachers. When the school was closed and teachers began taking classes online from home, Basanti was suddenly left with no job and thereby no income, to support her three children. Her condition became even worse when heavy rains in October destroyed her house.

“We have been helping her by raising funds, providing rations, and reaching out to various schemes and benefits while she is yet to get a job,” Beena, a grassroots worker at SEWA who works with about 21,000 agricultural workers and 650 domestic workers, tells us.

Another example is that of Neema, hailing from Suri Ganv in Almora district, Uttarakhand, who used to be an Aagevan (community leader). She found herself in a difficult financial situation when her husband returned to the village during the second wave of COVID-19. Beena says she has since resorted to preparing fast food like Chowmein from home to increase her income.

Aiman adds that for the unregulated workforce, ‘taking a break’ poses a risk to livelihood. According to research conducted by SEWA Bharat, during the peak of the pandemic in 2020, nearly 400 million informal workers fell deeper into poverty, and women comprised 94 percent of the workforce.

It is no wonder then that the pandemic reminded India, and the world in general, of grave economic and gender disparities.

Why are women left behind?

The informal economy is often touted to be the backbone of India’s economy but receives little attention from the government. This includes people engaged as agricultural labourers, livestock farmers, weavers and artisans in rural areas and domestic workers, construction workers, and labourers in textile, leather, and electronics industry in urban areas. Aiman says each of these industries were impacted in different ways.

A UN Women’s Report released in September 2020 revealed that women who are poor and marginalised face an even higher risk of COVID-19 transmission and fatalities, loss of livelihood, and increased violence. Globally, 70 percent of health workers and first responders are women, and yet, they are not at par with their male counterparts. At 28 percent, the gender pay gap in the health sector is higher than the overall gender pay gap (16 percent).

So, while everyone has faced unprecedented challenges, women have been bearing the brunt of the economic and social fallout of COVID-19.

Looking after homebound children and tending to their online schooling needs, caring for aging parents, household chores, and making livelihood choices, women have had to cover every aspect in this pandemic period.

“When the husband earns more for whatever reason and a decision must be made, often, women stay back home and shoulder the domestic responsibilities. These are the structural barriers and issues that show women are not at par with men – and all these factors come together and contribute to women falling out of the labour force rather than men,” Aiman shares.

Gayathri Vasudevan, Chief Impact Officer at Sambhav Foundation and Chairperson at LabourNet Services shares that in most villages, where women labourers work in the farm through the National Rural Employment Guarantee Act, 2005 that provides employment in rural India, “male migration workers who’ve returned to their hometown during the lockdown have overtaken the jobs and replaced the women.”

On the other hand, Beena says many women are taking their children and migrating to cities where their husbands work.

"Migration has increased because there is no source of income left in the rural areas for these women. Earlier there was at least enough to feed themselves and sell, but now most people are practicing subsistence farming and their product does not reach the market.

“The informal sector is not homogeneous and so are the roles women play. We might create categories for ease of analysis, but there are a lot of women who are doing more than one thing,” Aiman remarks,  emphasising the need for policy level changes that are mindful of such nuances and conditions.

While the pandemic did see organisations raising funds to help informal workers and people across India donating for the cause, Aiman believes temporary monetary relief can go only so far.

“More than funds, I think there should be an advocacy for a system which is sustainable. A lot of funds can be collected at one time, and they might not be there at another point. A more sustainable, permanent policy level change, which would provide these women with some sort of stability, especially in times of crisis, would be more helpful,” she suggests.

She urges that all kinds of work be recognised, along with their specific vulnerabilities and policies to be devised accordingly.

According to Gayathri, India’s formal and informal sector are closely interlaced, and she highlights that although the corporate sector and the government may not share a conventional employer-employee relationship, both have substantial interaction with the informal sector – the latter through various schemes and temporary construction projects indirectly employs informal workers.

“However, because the government and corporate often interact with the workers through some agent, the employee mindset is not applied to it. The entire corporate India needs to be sensitised about it because they often feel they have nothing to do with the informal sector. But when you really go deep, that's not true. The government and corporate India, as principal employers, have a lot to do with the informal sector,” she adds.

She says for any significant change to reflect in percentages, there must be structural changes in policies.

For now, the workers await as the finance minister and union government is reportedly working on a range of social security and welfare schemes for the informal sector that will be included ahead of Budget 2022. Women working informal jobs can hugely benefit from policies around medical benefits and financial inclusion, which are reportedly in the works.