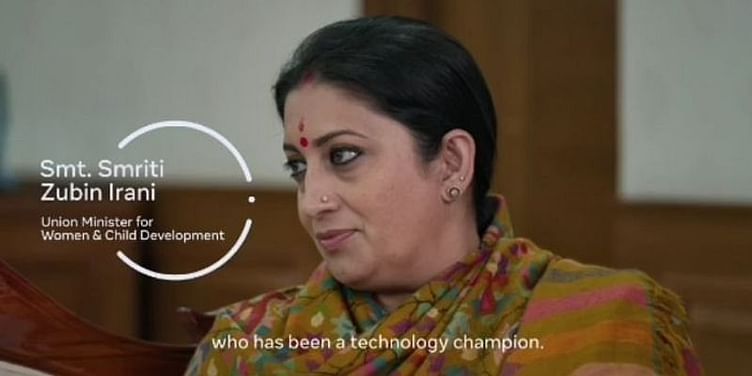 At Fuel for India 2021, Women and Child Development Minister Smriti Irani said PM Narendra Modi insists that anything to do with women's issues is an agenda for all ministries.

Women and Child Development Minister Smriti Zubin Irani highlighted that technology has become a leveller in the financial services sector.

“I think that the cause of joy is that the Prime Minister insists that if it is a women's agenda, it should not be restrained only to the Women and Child Development Ministry; This is an agenda for every ministry,” she said in a conversation with Madhu Sirohi, Head of Policy Programs and Outreach, Facebook India, during Fuel For India 2021.

Although the Pradhan Mantri MUDRA Yojana was not devised specifically for women, the scheme’s greatest achievements is that 70 percent of the beneficiaries were women.

“Imagine in our country, over 70 crore women went to their bank branches, presented their business plans, and received loans within the limit of Rs 10 lakh,” she said.

Bullish on women entrepreneurship in the country, the Minister had launched Naari Se Kharidari, a gender-responsive call to purchase from women-led enterprises.

“It is the fact that you believe that these women deserve our attention and not because they were not selling quality but because we were not recognising that they're just around the corner. We do buy from them, but let's be conscious in this time of opportunities," she added.

She further highlighted that 220 million out of 440 million bank account holders as part of the Pradhan Mantri Jan-Dhan Yojana launched in 2014 are women.

Born in Lady Hardinge Hospital in Delhi, Smriti Irani's parents lived above a horse stable after her birth, "surviving on Rs 150".

Saying that India is a country of opportunities, she added,

“My father sold books at the footpath opposite the Delhi Army Club in Dhaula Kuan. And the fact that in 45 years, I could come from that footpath to the MInistry of Women and Child Development talks about the possibilities that is a nation called India."

Would you hire a pregnant woman? Yes, say top companies as they roll out more benefits for expectant and new mothers