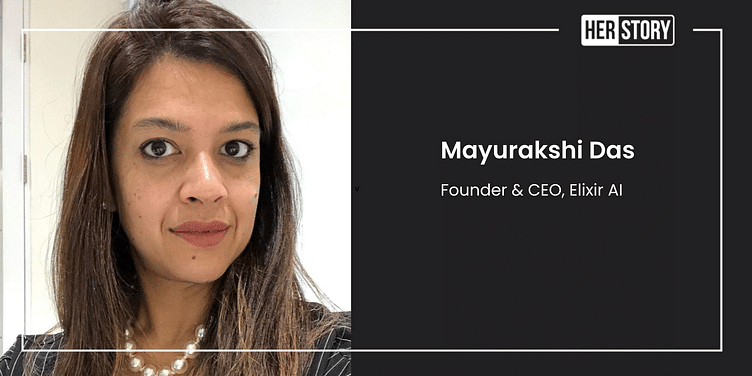 In 2005, Mayurakshi Das had everything a 24-year-old would aspire for, working as an investment banker at HSBC from the 50th floor of a skyscraper in London.

However, when a US based entrepreneur called to ask if she would like to take the lead as a founder employee to start operations in India, Mayurakshi did not think twice and moved to Pune.

That year, Mayurakshi landed a $100,000 project for the firm with American Express. The company grew to become a 750-member team over the years and, after a decade of operations, exited to GenPact in 2015.

Mayurakshi grew up in Pune, where her father from Burma (Myanmar) and mother from Assam had moved to build their lives. She had always wanted to make the most of the talent and resources available in India.

Holding a Master's degree in banking, finance, and operations helped her gain an overview of running companies.  “For the last 20 odd years, I have been associated with a bunch of very successful entrepreneurs, helped build about three successful companies, and convinced entrepreneurs to bring significant dollar investments into India,” she tells HerStory.

“I have created more than 2,500 jobs in my career, generating employment for many hailing from Tier III cities,” she adds.

Mayurakshi is leading by example that a quality and adaptable tech product can make a huge difference. And Elixir AI is leveraging technology to deliver huge impacts to its clients consisting of several municipal corporations and private companies.

The firm leverages geospatial techniques and intelligence like satellite imageries and next-gen algorithms and provides digital infrastructure to various projects.

Elixir AI offers various digital and technology interventions required for the operations of state government. This includes working with the Pune municipal corporation to generate up to Rs 100 crore of additional revenue by helping them identify buildings that are not included in the property tax database.

It has also provided digital support to the Shehri Garib Yojana by building workflow applications and integrating it with every hospital to create a transparent process. Through this, the Pune Municipal Commissioner has signed Rs 50 crore worth of hospital bills.

Elixir AI is also in talks with Hubli-Dharwad and Goa Municipal Corporations for upcoming projects.

It helps private companies such as IFB to accurately target their customers by leveraging publicly available data and identifying appliances in different price ranges that households in different areas would opt for.

Besides years of working across areas from digitisation to taxes, city health and sanitation, and customer targeting, it managed to only build a landing page as far as their digital presence and marketing are concerned. The reason, she says, is the scope of work keeps expanding with every new client.

Having bootstrapped with little to no capital, achieving financial stability for employees is a milestone for Mayurakshi. “Our competitors are on every kind of social media but the revenue is not there. I am proud to be at a spot where I have three contracts, and a team of 15 members who get paid on the first of every month,” she says.

However, Mayurakshi who has also mentored several entrepreneurs, says many decide to start up thinking it is a glamorous world. But entrepreneurship, she says, is a lonely journey and one must have the stamina for long-term business.

“While diversity is an important agenda, when a person is giving their million dollars, they are not thinking whether to give it to a woman or a man. They'll just give it to whoever is capable,” she advises women entrepreneurs.