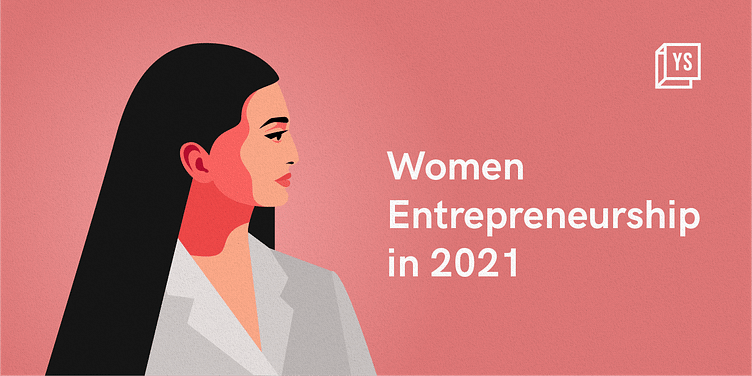 The Nykaa IPO sharpened the gaze on women entrepreneurs. But despite this, multiple social and cultural biases make the journey of a woman entrepreneur difficult. Here’s what they have to say.

The Falguni Nayar-led ﻿Nykaa﻿ IPO was akin to crossing the rubicon for women entrepreneurs.

Most importantly, in the startup world where founder share and equity is significantly diluted, Falguni and her family own over 53 percent stake in Nykaa parent FSN E-commerce Ventures.

Despite this, even today, women-led startups garnered less than two percent of the overall funding raised by the Indian startup ecosystem. This is despite several marquee studies pointing out women-led startups fare significantly better.

In fact, multiple social and cultural biases make the journey of a woman entrepreneur difficult.

On talking to multiple women entrepreneurs, leaders, investors, and other industry stakeholders, we found that the challenges of starting up are significantly higher for women as compared to men.

One of the biggest challenges women entrepreneurs face is being taken seriously.

“We are as serious about our businesses as male founders are, but it is nevertheless seen as a hobby for many. It is surprising that many think women wouldn’t be serious about something like a business,” says Kanchan Dwivedi, Founder of fintech startup LoanGiri.

She isn’t the only one who feels this way.

A dipstick survey conducted by HerStory revealed that most women entrepreneurs stated that they faced the most resistance when it came to convincing people that they were “serious” about their business.

“It is a common prejudice that women simply won’t have the same drive as men. As our ‘responsibilities’ are different, it is automatically assumed that our primary responsibilities remain homebound,” says the founder of a leading edtech startup, seeking anonymity.

Umpteen women across India may be successfully running their own businesses, but deeply entrenched gender and cultural stereotypes hinder most women entrepreneurs.

India’s socio-cultural ecosystem of India has traditionally assumed men are better equipped with business acumen, and often denied women the family support they need to pursue their dreams.

The founder of the edtech startup says there has always been a lack of support systems from family and friends, adding that the additional invisible unpaid labour of caregiver and caretaker duties solely falls on women – this significantly increased during the pandemic.

“It also is the reason that a significant number of women drop off from the workforce,” explains Ankiti Bose, Co-founder and CEO, ﻿Zilingo﻿.

In her memoir, My Life in Full, PepsiCo’s longest-serving CEO Indra Nooyi, revealed that it was family support that helped her every time - after she moved to the US for college, as she climbed the corporate ladder, and as she raised a family. Her living the Great American Dream would not have been possible without family backing.

This also translates into a lesser number of women in CXO roles in corporate and startup structures.

According to CSRI’s third CS Gender 3000 report, The CS Gender 3000 in 2019: The changing face of companies, India’s female representation on boards increased by 4.3 percentage points over the past five years to 15.2 percent in 2019 - significantly below the global average of 20.6 percent.

India’s startup ecosystem may be flush with funds, but there is a massive lack of diversity in the funding.

But, the numbers drop further if you look at the amounts raised.

The numbers are an indicator, and it seems that women-led startups are likely to raise a little more money if they have a male as a co-founder or a part of the founding team.

The chances of a solo woman founder raising capital are lower, and several reports have shown that women face extra scrutiny while raising funds.

The coronavirus pandemic, the subsequent lockdown, and severe restrictions on business have hit women entrepreneurs hard especially hard. Despite reports of a renewed focus on empowering women entrepreneurship, funding for women-founded and co-founded startups slumped almost 24 percent to $280 million in the first six months of 2020 compared to $369 million in the first half of 2019.

While overall new startup formation during the first wave of COVID-19 crisis resulted in a 44.4 percent drop in the total number of tech startups being founded, the decline in startups founded by women has been significant from 2019 onwards.

This doesn’t bode well for the ecosystem.

The problem is that we may be far from getting rid of these unconscious gender biases.

“An investor was reluctant to invest in a woman-led startup, because they assumed that there wouldn’t be focus on the company and my personal life would trickle down to my business,” says a woman entrepreneur, seeking anonymity.

Anuradha Ramachandran, Investments Director, ﻿Flourish Ventures﻿, India, says she hadn’t thought of this “consciously” when she joined the workforce.

“I thought of it when we were looking at a woman entrepreneur starting a rural BPO. The problems being discussed included the fact that BPOs operate at night…how do women in rural areas come to the office? It hit me then, the gap,” she says.

She adds that representation of women is low when you look deeply at the pyramid, and “there is no single reason for this”. There’s no other way to deal with this than go upwards and onwards.

“Be confident about the story you have to say. Articulate your role, your story really well. I would advise women to challenge things in a room. Call attention to yourself; if people are not paying attention to you, call it out. An entrepreneur has to call out!” Anuradha says.