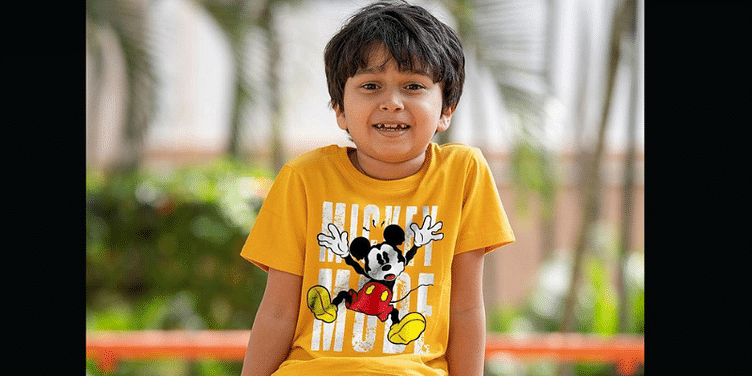 Children make the best consumers: they know what they want and are stubborn about it. In India, the kids apparel market reached a value of $16.4 billion in 2020 and is expected to grow at 14.5 percent CAGR (compound annual growth rate) between 2021 and 2026.

Entrepreneur Niharika Verma, who has been operating in the kid’s apparel market for nearly a decade, founded Bonkids, an all-character merchandise brand for children between two and 15-years-old, in 2019.

Niharika, a postgraduate in design at National Institute Design, began her career as a UI designer and worked on several freelance projects as well. It was after her wedding that she ventured into entrepreneurship.

Leveraging the existing infrastructure at her husband's fabric business, she founded organic kidswear brand ﻿BonOrganik﻿ in 2012 when the ecommerce industry was at a nascent stage in India.

"We participated in exhibitions with twinning clothes for father and son and other combinations of 'mini-me idea' and found immediate product market fit. This was followed by hundreds of orders during the exhibitions itself," she recalls, emphasising that customers especially loved the fabric quality.

When Niharika noted her children's love for cartoon characters, she decided to start a separate merchandise brand, Bonkids.

Present in both online and retail markets today, Bonkids contribute to 70 percent of her business while the remaining 30 percent comes from BonOrganik.

"We saw a great opportunity to build a merchandise-focused brand but made sure to reflect our previous identity and retained the 'Bon' so that existing customers who are aware of our product quality can identify us," she says.

The mother-of-two says children spend at least three hours watching cartoons and develop an affinity towards the characters they watch on screen. Partnering with brands like Disney, Marvel, Warner Bros, and DC, its product features characters like Spiderman, Donald Duck, Thor, Thanos, Aquaman, Looney Tunes, Tom & Jerry, Harry Potter, and Scooby-Doo, among others.

Logging at least 2,000 orders per day on their website, Niharika says the secret lies in working closely with children including her own and taking their feedback seriously.

We are constantly trying to understand many characters out there and which ones are the best loved. They are honest and straightforward which works beautifully with us," she says.

For instance, children don't like simplicity, they want things in bold and bright colours, and have specific preferences and complaints about placements of the prints according to their comfort. Ultimately, products that incorporate these feedbacks end up becoming the bestsellers, the founder says.

"At the end of the day, children are the decision makers and parents come to us saying their kids wear only our products," Niharika adds.

The entrepreneur is optimistic about opportunities in the Indian market as it has a diverse population. Moving ahead, the brand hopes to incorporate more Indian and vernacular characters to cater the taste of children from different regions.

"At present, most merchandise brands in the consumer space cater to the millennial and Gen Z population and not for children," she says and plans to provide more than 1,000 character choices.

Further, Bonkid's customisation service gives it an edge over competitors in the other kids apparel market.

From one cup to 200k cups: How this 23-year-old grew India’s first hot chocolate brand amid the lockdown

Bootstrapped so far, funding opportunities were far and few when Niharika started. “There were challenges that I cannot exactly pinpoint because as entrepreneurs you believe that is the way of life. But today, the ecosystem has matured and there are a lot more funding opportunities and collaborations,” she adds.

To aspiring and women entrepreneurs, she advises, "Show consistency in what you're doing. Even in times that I felt like quitting, I never gave up and that has made me a better entrepreneur. Adversity only brings the best in you."