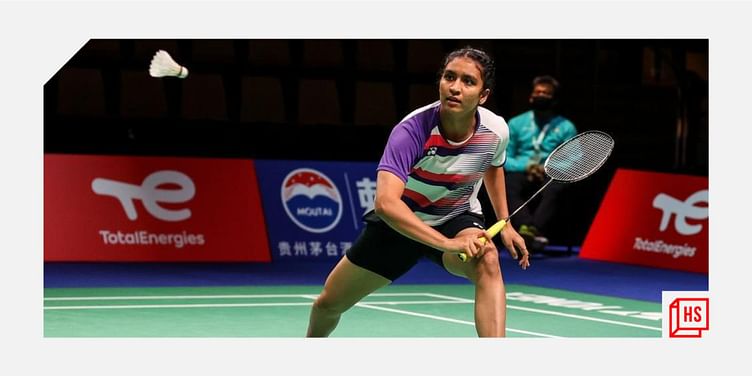 Gujarat’s Tasnim Mir is the first Indian to become World No. 1 U-19 badminton champion. She talks to HerStory about attaining the top spot, quitting school to play badminton, and gearing up for the senior circuit.

The 16-year-old from Gujarat’s Mehsana district never imagined she could reach such heights within two years since she started playing in the junior circuit.

“After attaining the top position, I realised I have a huge responsibility as the country’s hopes are pinned on me. It has motivated me to perform better, win more medals, and represent my country in the Olympics someday,” Tasnim tells HerStory.

In her opinion, she has not achieved something big yet as the senior circuit is much more difficult. She calls this accomplishment “a small step” towards it.

The rising shuttler’s stint with badminton began at the age of seven when she used to accompany her father and coach, Irfan Mir, to the stadium. In 11th grade, Tasnim now goes to school to only sit for exams.

“I quit school in 7th grade as it was getting difficult for me to balance studies and badminton. I was performing well in badminton, so I decided to continue with it. My school has been very supportive, and I only go to give my exams,” she says, adding that she was good in academics when she used to attend school regularly.

However, she says, “There must have been people who thought my father had gone crazy by allowing me to quit school to play badminton, but it was a great decision.”

While in school, Tasnim had to wake up at 5 am to play badminton for two hours and then rush to school at 7.30 am. "It was very difficult. But all that is paying off now since I am achieving good results,” she says.

One way, Tasnim’s story is similar to the Phogat sisters — their fathers pushed and supported them to take up sports. While Tasnim is coached by Indonesian coach Edwin Iriawan in Guwahati, she says her father remains her coach too.

Although badminton is a popular (recreational) sport in India, Tasnim says, the sport is not as prominent in Mehsana.

“I don’t think people see it as a sport that they can take up professionally (in my village), but maybe now that a lot of media is covering my story, it can blow up. India already has many sensational badminton players, so the awareness has grown among people,” she says.

In 2018, Tasnim played and won her first international tournament, Asian Junior Championship U-15, in Myanmar. “It boosted my confidence as my district people recognised my victory and received me very warmly when I came back after the tournament,” she recollects.

In 2019, Tasnim clinched her first U-15 women’s singles title at the U-17 and U-15 Asia Junior Championships after outshining compatriot Tara Shah in the finals.

While Tasnim won the Belgium Open, it didn’t come without hardships as she fell sick in the middle of the match.

Playing tournaments back-to-back took a toll on her health, says Tasnim. “Matches were happening continuously, so I didn’t have a choice but to play. I puked during the second set, and if I had given up at that point, it would have stretched the match unnecessarily, and it would have been difficult for me to fight it,” she adds.

In the 2021 Thomas and Uber Cup, she defeated Scottish player Lauren Middleton, and gave a tough fight to World No. 32, Thailand's Supanida Katethong.

Recently, Tasnim qualified to play in the senior circuit and is gearing up for the International Challenge in Iran and Uganda in February. While her form in the game is exceptional, Tasnim is focusing on improving her mental fitness for the senior circuit matches.

“I will be facing high-level players, much older than I am, in the senior circuit. So, if I am mentally strong, I’ll be able to tackle them better,” she says.

Self-admittingly, Tasnim says she used to get disheartened with every failure, but now, she has resolved to take it in her stride and view it as a learning opportunity.

“I don't like losing, so earlier, I used to cry a lot if I lost a match. Now, I would like to focus on improvement. The right thing would be to analyse where I fell short and how I could improve. If I keep crying about a lost match, that won’t help in any way,” she says.

While Tasnim doesn’t have a specific role model, she follows a variety of Indian and international badminton players. However, she looks up to World No. 1 China’s Tai Tzu-Ying for her unique style of deception, which she tries to emulate in her game.