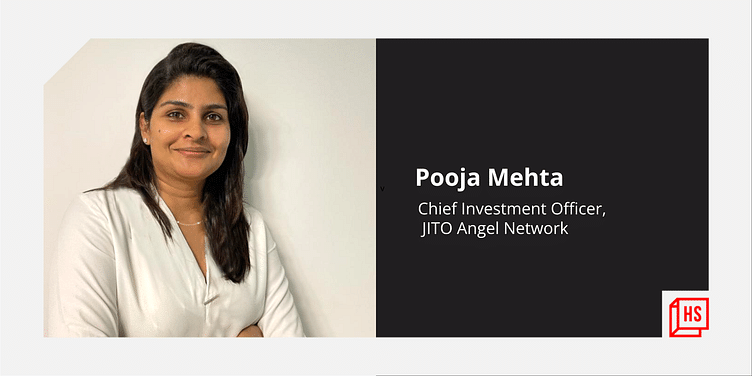 With 80 percent women employees, JITO Angel Network invests in early-stage startups from seed to Series A rounds. Some of its portfolio companies include NewsReach, Pickright, BHyve, Saarthi Pedagogy, Yangpoo, GalaxyCard, and KopyKitab, among others.

In FY22, Mumbai-based ﻿JITO Angel Network﻿sealed the highest number of deals, with investments in 28 Indian startups after going through a pool of over 1,250 applications received throughout the year.

Sunil Kumar Singhvi, Vice Chairman, JITO Angel Network, says, “FY21-22 was a stellar year in terms of both investments made and returns gained on exits. We witnessed a rise in the quantum of business ventures, and we are pleased to create opportunities for emerging founders and entrepreneurs to strengthen their overall business structure and achieve their entrepreneurial visions.”

However, the angel fund has one unique ground rule -- it strictly adheres to the principles of Jainism, and despite business metrics, it takes interest in early-stage startups that do not go against the religion’s values.

So, startups dealing with alcohol, non-vegetarianism, harming animals directly or indirectly and any kind of violence are a dealbreaker.

“Other than that, we are largely sector-agnostic. There is no limit on how many startups we fund. We are interested in taking up good and rare opportunities in startups solving real problems, where the network helps in increasing their top and bottom lines," Pooja Mehta, Chief Investment Officer (CIO), JITO Angel Network, tells HerStory.

Founded in 2017, JITO Angel Network — with about 400 angel investors — invests mostly in early-stage startups from seed to Series A stage. The network has done follow-up growth stage investments in seven to eight startups till now.

JITO has invested over Rs 106 crore in 56 companies, boasting a combined value of over Rs 300 crore.

The network claims to have little to no competition from foreign venture capital (VC) firms as they mostly infuse funds in late-stage startups with good revenue numbers and would not risk investing in early-stage startups.

Talking about competition from domestic funds and investors, Pooja says, India does not have another angel network or micro seed fund compared to JITO, which brings resources and expert access to over 45,000 members hailing from business families, over 1,000 CXOs and CEOs, and several Fortune 500 companies.

At present, the network’s women-led team is backing startups operating in defence-tech, drone-tech, and agritech, as well as startups providing sustainable alternative solutions.

Sunil believes sustainability is emerging as a dominant trend as the younger generation is more eco-conscious.

Pooja, who believes no woman is free from facing gender biases in their professional journey, says, “While initially, people have been doubtful of accepting and placing the network's investments in the hands of a woman, the network’s parent company — JITO Incubation and Innovation Foundation (JIIF) — wanted it to be run and managed by an all-women team.”

In fact, JITO has only onboarded male team members in the last one and a half years, maintaining 80 percent women employees in the firm.

Pooja says JITO Angel Network is heading into this financial year without any specific agenda, but wants to keep up with emerging trends.

According to Pooja and Sunil, the COVID-19 pandemic brought about a huge interest in tech startups as people saw tech businesses finding it easier to survive and are oversubscribed before opening up for an investment round.

Similarly, “As policies and business environment becomes more favourable to made-in-India products and ventures, we are sourcing and showcasing lots of good defence tech companies to our investor members,” says Sunil.

“With changing trends, we also have to change our investment thesis, which is evolving every quarter and year,” he adds.