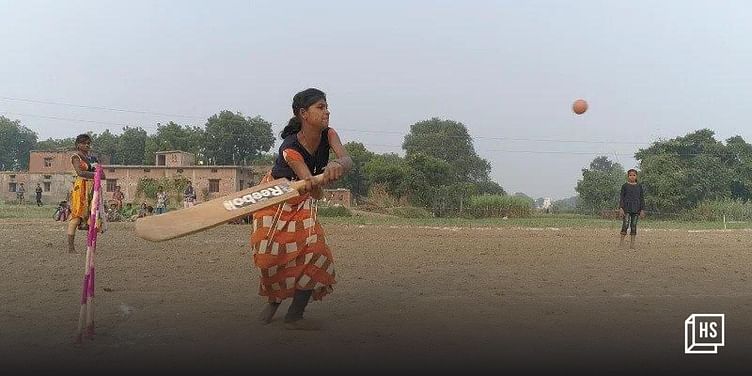 With incidents of heinous crimes against women reported in India every day, and more women dropping out of the labour workforce than ever before, there is a need for the country to adopt women-focused measures.

For women in India to thrive, the streets need to be safer. The country’s rape-related crime rate rose 70.7 percent over the last two decades from 11.6 per 100,000 women and girls in 2001, to 19.8 in 2018, according to a report by the Public Health Foundation of India. Gruesome incidents like the rape of a six-year-old and her mother by four men recently deter women from stepping out of their homes.

In 2020, there was a surprising drop in the crime rate, with data from the National Crime Records Bureau (NCRB) showing that cases of harassment and assault dropped more than 8 percent from the year before. The reason? COVID-19. But does it have to take a pandemic for women and children to feel safe?

Also, the World Bank reported that the economic contribution of women in India was merely 17 percent of the GDP–less than half of the global average. This is primarily due to factors such as poverty, illiteracy, and patriarchy, which hinder women from being a part of social mobility.

When victims of sexual assault are afraid to seek help, or when society discourages women to step out of their houses, many non-profits go out of their way to offer them a glimmer of hope. Here are four NGOs that are helping victims of various kinds of crime, and socially and economically empowering women.

Guria India is a non-profit organisation that is dedicated to fighting child prostitution, second-generation prostitution, and sex trafficking in North India.

Started by Ajeet Singh in 1999, Guria has rescued and rehabilitated 5,185 persons from slavery, including commercial sexual exploitation in brothels and bonded labour. The sustained efforts of Guria have resulted in many interventions like developing India’s first sustainable child prostitution-free area in a red-light area at Varanasi–ratified by International Mother Teresa Award for Social Justice in 2019.

Guria, in collaboration with GiveIndia, is currently raising funds to free women and children from the sex trade.

Make Love Not Scars is a non-profit organisation that aims to rehabilitate survivors of acid attacks. It operates a rehabilitation centre for acid attack survivors in the capital, and focuses on providing immediate life-saving medical attention, reconstructive surgeries, legal aid, and skill training to help the victims cope with the massive changes associated with this particular crime.

Started by Sara Abdullah Pilot and Lora Prabhu, CEQUIN India was set up to work at the grassroots level on education, health, violence against women, leadership, and livelihoods.

The organisation has been continuously working with the UN, especially UNESCO, and has had a long-standing partnership with Australian High Commission through its direct aid programme. It has also worked closely with the Delhi Government in the past and continues to work with them along with other philanthropical organisations like MCKS Trust, Rohini Nilekani Philanthropy, and others. Currently, CEQUIN India has a strong presence in regions like Delhi, Haryana, and Rajasthan.

Surabhi Yadav started ﻿Sajhe Sapne﻿ during the lockdown in August 2020 when she discovered rural women had started dropping out of education due to school closures. Based in Kandbari, a village in Himachal Pradesh, she wanted women in villages to be known for their potential and not their pain.

Sajhe Sapne offers end-to-end support to young rural women to launch and grow their careers in modern-day jobs. In the first year, Sajhe Sapne had 28 women from 16 different villages in Bihar, Uttar Pradesh, Madhya Pradesh, Jharkhand, Himachal Pradesh, and Rajasthan, of which, 24 finished the programme. All of them got job offers, 95 percent successfully joined them, while two decided to let go of their offers to look for better opportunities.