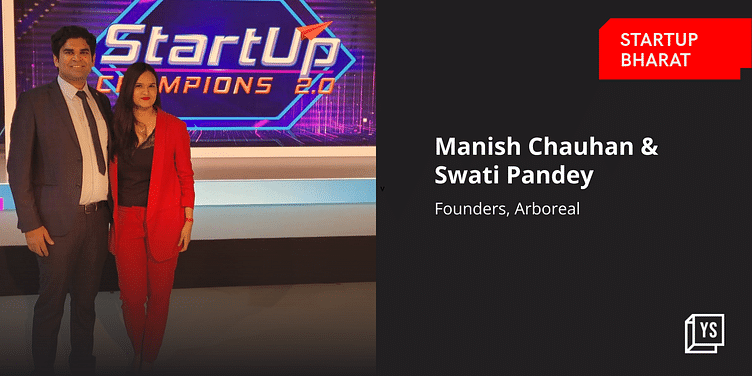 While alternatives to sugar have existed in the market for long, they have not completely replaced sugar for they do not mimic all of sugar’s properties. This is the big challenge that Lucknow-based ﻿Arboreal﻿ has taken on with its low-/zero-calorie natural sugar substitutes that the founders say are not only safe but also as versatile as the sweetener.

Swati Pandey and Manish Chauhan quit their jobs in Singapore and London, respectively, and returned to India with the aim of creating a food ingredients manufacturing platform. They set up Arboreal as a B2B startup in 2015.

When Swati and Manish studied the ubiquitous presence of sugar in food products and its impact on health, they realised that many food retail companies were manufacturing and marketing products loaded with sugar because of the lack of viable and healthy alternatives.

“Other alternatives in the market (such as aspartame and sucralose) were chemical-based and had concerns around safety,” says Swati.

Arboreal's sugar reduction products come in powder and liquid forms, and are sold to F&B companies globally. The pricing varies depending on the grade of the solution, from Rs 300/kg to Rs 20,000/kg.

The startup began with Stevia, a natural sweetener from the leaves of the Stevia plant. It works with smallholder farmers in Uttar Pradesh, Madhya Pradesh and Jharkhand to grow Stevia. Over time, Arboreal has added other natural ingredients to its repertoire, including polyols (organic compounds that exist naturally in fruits and vegetables) and dietary fibres.

Through five years of R&D, Arboreal has, according to the founders, developed unique know-how (patent pending) to develop solutions that not just taste like sugar but also feel and behave like sugar (sugar provides bulk, density and viscosity).

“While it’s relatively easier to replace the sweetness of sugar in a lot of applications, it is extremely challenging to mimic its textural and mouthfeel properties, which we have managed to crack through our proprietary solutions,” says Swati.

Arboreal’s product portfolio comprises partial and 100-percent sugar reduction solutions for a variety of applications, including bakery products, beverages, snacks, chocolates, ice cream, and even Indian sweets. “In high-sugar items, like Indian sweets and cakes, Arboreal’s solutions are a first in the industry and have pushed the boundaries of what’s possible in sugar reduction,” says Swati.

“Stevia is a high-intensity sweetener and cannot be simply added in product recipes in place of sugar. It has to be blended and paired with the right bulking agents and texturisers. This is where we have developed an IP and have filed a couple of patents too,” explains Swati.

Swati had worked in the areas of investment management, venture capital financing, and consulting in London and Singapore, before she quit her job in March 2015 to return to India.

Manish, a BITS Pilani graduate, co-managed a hedge fund in London for five years, where he invested more than $1 billion in over 100 transactions across 21 financial markers in many sectors. He too quit his job in 2015 to start Arboreal with Swati.

Swati and Manish, who have known each other for the last 14 years, met as interns at IIT Kanpur, when they were pursuing their bachelor’s degree course. They remained good friends and worked on a couple of projects together, before finally joining hands to embark on the venture.

They have invested roughly Rs 80 lakh of their savings in the company over a period of time.

Currently, Arboreal has 47 people in its team across Lucknow, Delhi, Chennai, and Pune.

According to Swati, sugar reduction is a $16-billion market globally. Artificial sweeteners account for roughly half of this, while the rest belongs to natural solutions.

“Our IP and know-how currently places us among the top-five companies in the natural sugar reduction space globally. Majority of the new launches in the low- and zero-calorie segment in India use our solutions,” says Swati.

The startup supplies its solutions to over 150 companies in India and abroad. “Going forward, our primary focus is going to be exports. We have initiated exports to five countries including the US and the Middle East,” says Swati.

Arboreal’s competitors are Ingredion (US) and Tate & Lyle (London) and a few players in China. “We do not have any competitors in India,” says Swati.

Arboreal has raised around $3.5 million so far across two rounds of funding. The last round of $3 million was from the Narotam Sekhsaria Family Office (founder of Ambuja Cement) and a group of angel investors. Arboreal expects to initiate another fundraise soon.

The startup’s annual revenue run rate is $5 million and it hopes to grow to $25 million in the next 12 months.