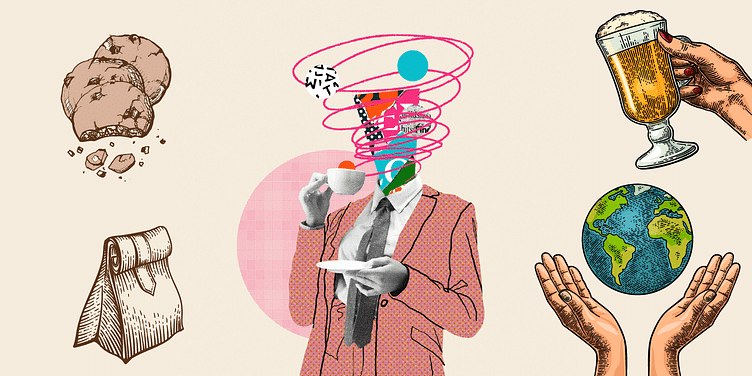 From beer to caller-IDs, a whole generation of every day inventions have had women inventors here’s a quick glance at some of these objects

When you think of inventors, how often does a woman’s name pop in your mind? Not as often as you’d like. Read on to know the story of some women inventors who are behind commonplace inventions we see every day, thanks to all these inventors and pioneers!

Author Jane Peyton claims that beer was invented by ancient Mesopotamian women. They were the first to develop, sell, and even drink beer. In fact, the first-ever known beer recipe is considered to be the Hymn to Ninkasi, circa 1800 BC Ninkasi was the Sumerian goddess of beer. Historians hold that beer predates that recipe - archaeologists have placed its first consumption at roughly 9,000 years ago. Right from the beginning, brewing, a kitchen task, was women’s work. Both the Sumerians and Egyptians praised beer goddesses and associated brewing with women.

Villepreux-Power was a French naturalist trying to prove that the Paper Nautilus - a kind of octopus - grows its own shell. To observe this creature for an extended period of time and to study marine life, she invented a glass aquarium to aid her study findings.

During the mid-1800s, ice cream was made using a 'pot freezer' method. This proved to be time-consuming with unsatisfactory results - lumpy ice cream. Johnson created a device that used hand-cranked spatulas inside a cylinder to scrape ice crystals from the walls of the cooled container. She later patented the design which is still used today for making ice cream by hand.

During her time working at a paper bag plant, Margaret Knightwood came up with the idea of a machine that could fold and glue paper to form flat-bottomed brown paper bags. She even fought a man who tried to patent the idea before her and won the case. The machine invented by her is used to date!

As a  tutor in Canada, Ellen Fitz designed a globe mount that could display the earth's daily rotation in correlation with the path of the sun not only by day and night but also throughout the year.

Beasley had already made a fortune on a barrel-hooping machine patent. It wouldn’t be long before his serial inventor went on to also design an improved life raft with guard rails that was fireproof and foldable for easy storage. Her invention was used on the Titanic and saved over 700 lives.

We all have had our set of alphabet blocks to play with, right? These were invented by a woman from Massachusetts, Adeline DT Whitney who was also a poet and a writer.

While riding a streetcar, Anderson watched the conductor repeatedly reach through his side window to clear snow and sleet from the windshield by hand. This made her design a wiper operated by a handle. But the invention proved unsuccessful with car companies, who believed this would distract drivers. Anderson never profited from her invention, even when the wipers later became standard on all cars. She did finally get some credit in 2011 when she was inducted into the Inventors Hall of Fame.

A game played by generations around the globe had its rules invented by Magie who wanted to demonstrate the problems of capitalism. Her design was called The Landlord’s Game but was patented in 1904. A man named Charles Darrow is often credited with creating this popular board game that was published in 1935 by the Parker Brothers, who discovered that Darrow was not the sole creator and had, for just $500 (£385), bought Magie's patent and, well, monopolised the game.

Who: Mary A Delaney

An American inventor, Delaney received a patent for her invention of the retractable dog leash. Her invention was aimed to ease the lives of dog owners. It is attached to the collar, keeping pooches under control, while giving them some freedom to roam.

These gooey goodies were accidentally invented by Ruth Wakefield when she ran out of baker's chocolate while baking a batch of Butterdrop Do (their OG name) cookies for her guests. She imagined they would melt into the butter but instead, this classic dessert was born.

The Austrian actress, famous for her acting and beauty,  also invented a system of wireless communication called 'spread spectrum' to fight the Nazis during the Second World War. This technology was later used as the foundation for modern WiFi and mobile phones.

Donovan changed parenting forever with ‘Boater’. The waterproof diaper cover, originally made with a shower curtain, was first sold at Saks Fifth Avenue. She sold the patent to the Keko Corporation for $1 million and then created an entirely disposable model a few years later. Pampers was born a decade later in 1961.

A chemist by profession, she invented 'invisible' glass by adding layers of film to both sides of a sheet of glass until the visible light reflected by the layers cancelled that reflected by the glass. This unique technology is now used in windshields, movie cameras, and even computer screens.

After joining the US Navy during the Second World War, Rear Admiral Grace Hopper was assigned to work on a new computer, called the Mark 1. It wasn't long before she was at the forefront of computer programming in the 1950s. She was the face behind the compiler, which could translate instructions into code that computers can read, making programming quicker and ultimately revolutionising how computers worked.

Kwolek created synthetic fibres of exceptional strength and stiffness, known as Kevlar. This material which is five times stronger than steel is now used in manufacturing bulletproof jackets as well as boats, aeroplanes, ropes and cables. It can also be found in products ranging from household gloves and mobile phones to suspension bridges.

A nurse, who was often home alone, Brown came up with an idea that would make her feel safer. Along with her husband Albert, she developed the first home security system in response to the rising crime rates and slow police responses of the 1960s.

An American theoretical physicist, her breakthroughs in telecommunications also enabled others to invent portable fax, fibre optic cables and solar cells. She is the first African-American woman to gain a PhD from the Massachusetts Institute of Technology and lead a top-ranked research university.

Her patent was awarded in 1991 and since then Tsukamoto's work has led to great advancements in understanding the blood systems of cancer patients, which could lead to a cure for the disease. Tsukamoto is currently conducting further research into stem cell growth and is the co-patentee on several other inventions.