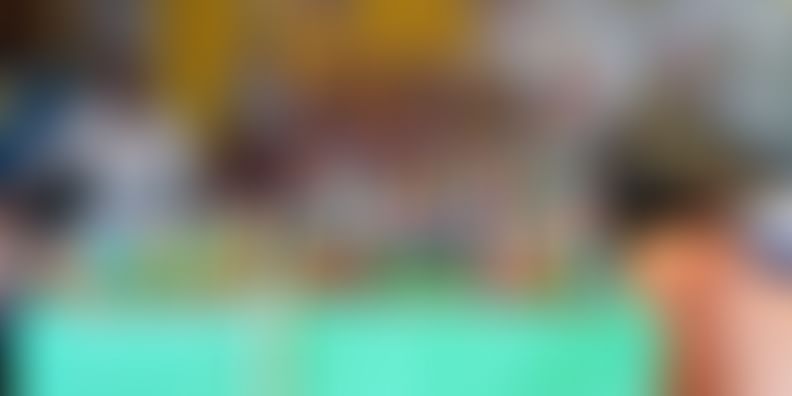 Tanjavur is the architectural and cultural hub of Tamil Nadu. Having gained an international fame for its Tanjavur paintings (originally made with gold and natural colours), Tanjavur is one of the most popular and most visited tourist destination in Tamil Nadu. The busy city was previously known as Tanjore and has been a prominent hub since the time of Cholas. The kingdoms that ruled in this region were patrons of art and architecture and left a great deal for the world to cherish. Brihadeeshwara Temple or Periyar Kovil and the Great Living Chola temples truly reflect this interest and the architects’ intellect. Tanjavur is visited throughout the year by thousands of tourists. 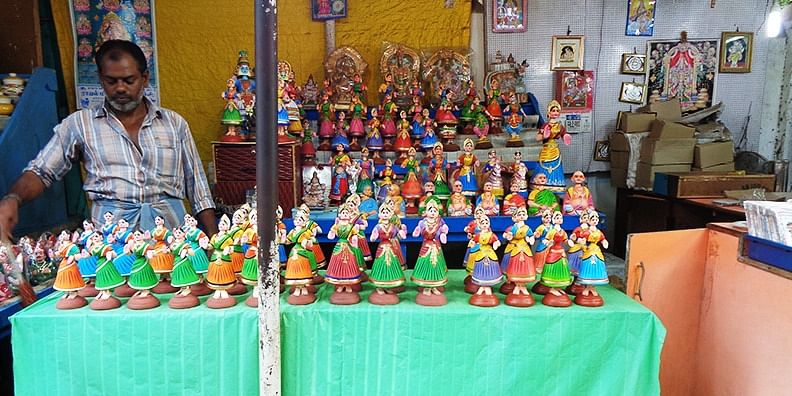 Figure 1 The dancing dolls of Tanjavur

If you want to look at people hopping to escape the heat in Brihadeeshwara Temple – an architectural wonder, then visit the place in summer. If you don’t wish to burn your feet too much, visit Tanjavur between the months of March to October.

Food in Tanjavur is the same as most other parts of Tamil Nadu. As a developed city, a multiple number of cuisines can be found here. However, the authentic south Indian cuisine served is the best bet. Try out some fruits that are native to Tamil Nadu.

Tanjavur is a must visit destination in Tamil Nadu. Ancient architecture showcased alongside the present day to day life gives this city a charm that’s found nowhere else. Travelling to the architecturally and historically rich heritages inside the city is made easy with extremely cheap share autos and buses.

The temple shrine that’s dedicated to lord Shiva is also an architectural marvel. Known universally as the ‘Great Living Chola Temples’, the UNESCO World Heritage Site is locally known as ‘Periya Kovil’ (translating to ‘Big Temple’ in Tamil). It is best to visit this temple at evenings as the ground gets really hot at noon and footwear isn’t allowed inside. Eye striking art and architecture inside the temple, and freshening ice creams and chaats outside, lets one relish the ancient times while cherishing the present. There is no entry fee. 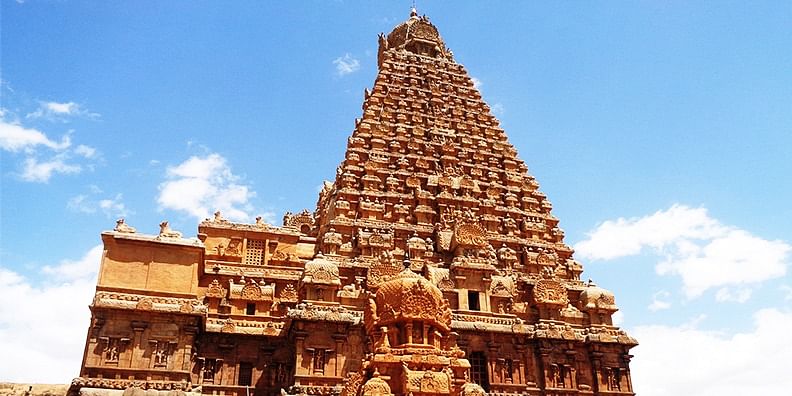 Airavateshwara Temple is located in the town called Darasuram in Tanjavur district. Like most ancient temples of Tamil Nadu, Airavateshwara temple has a rich historical background that’s reflected in its beautiful architecture. The World Heritage site as declared by UNESCO is one among the Great Living Chola Temples. The magnificent 12th century art glorifying its times in its précised sculptures is a delight to anyone who wishes to learn about the architectural brilliance and cultural significance of the period. Associated with mythology, it is supposed to be the place where Yama worshipped lord Shiva. The temple is open from 6:30 a. m to 8:30 p. m.

The biggest Shivalingam in South India is worshipped in this 11th century temple. Built by Rajendra Chola, Gangaikonda Cholapuram Temple follows the structure of Brihadeeshwara Temple and is also regarded as the reproduction of Brihadeeshwara Temple. Touring around the historically rich and architecturally beautiful Gangaikonda Cholapuram Temple is a delight, especially at evenings when the sun can’t burn your feet. Scribbles on the temple walls and summaries on copper plate give a brief account of the Cholas period, and their efforts and interests in building Great Living Temples.

Whether or not you’re an art lover or even a history buff, Tanjavur palace is bound to amaze you. One cannot walk out of the Dharbar hall without at least once praising the vibrant and magnificent beauty of the ancient sculptures and paintings inside. The royal palace museum has a collection of many antiques such as old locks, ancient musical instruments, footwear and headgears used by Rajah’s – a collection that will truly give one a sneak peek into the life of the royals back then. The palace has a general entry fee of Rs 50 for locals and Rs 200 for foreigners. Museums inside have separate charges (Tip: Take some change along with you). There are shops and stalls around the palace to shop for souvenirs. The palace is open from 9 a. m to 6 p. m. 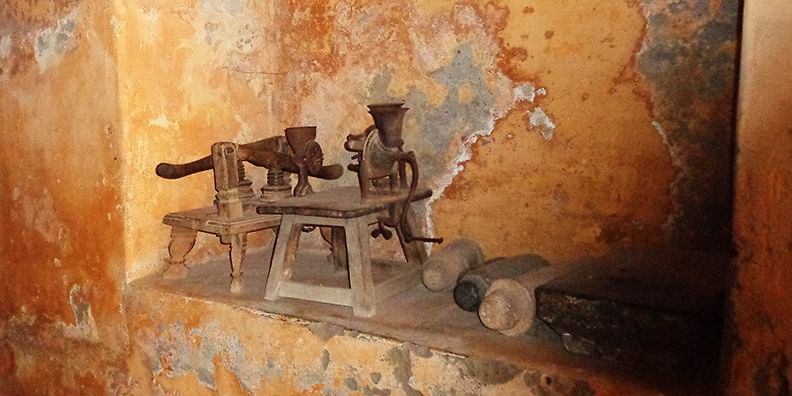 Figure 3 Ancient instruments at the Museum

The medieval library is situated at the entrance of the Tanjavur palace. It is one of the very few libraries that contain the original manuscripts from ancient kingdoms. The collection consists of valuable books, maps and paintings that are extremely rare and carry great cultural value. The library has been crowned as "the most remarkable Library in India" by the Encyclopaedia Britannica. The library opens at 1:30 p. m and closes as early as 5:30 p. m.

Tanjavur is neither new to backpackers nor to luxury seekers, and so it provides decent accommodation for both. However, there are no hostels in Tanjavur. Plenty of budget and luxury hotels are situated close to both railway station and bus station.

Hostels: Tanjavur is one of the most visited tourist destination in Tamil Nadu. It is sad that hostels haven’t come up in this region yet.

Train: Thanjavur Junction railway station has a great many number of trains that travel every day to different parts of the state. It also has many long distance trains that connect Tanjavur with other cities of the country.

Road: Thanjavur is very well connected by road. Many buses travel to and from Tanjavur.

Air: Trichy International Airport is the nearest airport. Trichy airport is at 58 Km from Tanjavur city Many trains and buses commute between Trichy and Tanjore.

Local Transport: Local transport in Tanjavur is extremely cheap. Share autos go from Railway station to Brihadeeshwara temple in Rs 5 and also travel through other routes. There is an old bus stand and a new bus stand, plenty of busses travel to and from both these places connecting almost all parts of the city.

Thanjavur is one of the most visited and most popular tourist destinations in Tamil Nadu. Its popularity attracts many local and foreign tourists and travellers throughout the year. Along with being backpacker-friendly, the city encloses of architectural marvels like no other. As there are no hotels in the region, your budget for accommodation may have to be higher than in other parts of the state. Thanjavur is surrounded by other major cities such as Trichy and Kumbakonam. The options to commute between these cities are plenty and simple. Regular local trains and buses run between the regions. Thanjavur offers a chance to peak at the historical and cultural significance of the land. The mesmerizing art and stunning architecture that’s found in the heart of this busy city makes it a must visit destination.