Exercises to develop the communication skills of your students 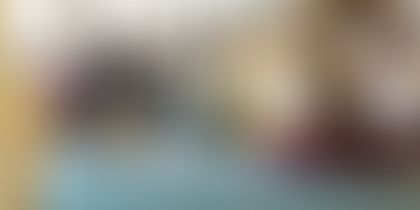 Being good at communicating has to be one of the most useful skills out there. Without it, you’re doomed to work on projects, tasks and jobs alone (or fail at working on them together). With them you can do nearly anything. For that reason, as a teacher you want to do whatever is in your power to help your students learn how to be better communicators. For the classroom might well be one of the best places to pick up such skills.

Of course, some exercises are going to be better than others. Here we’re going to explore some of the better ones out there, so that you don’t waste your time pursuing strategies that don’t actually work and instead spend your time on ones that do.

Sound good? Then let’s get straight to it. After all, one of the first important lessons about communication is that words spent on nothing are words not spent well.

But what is mindfulness? According to dictionary.com it’s: a technique in which one focuses one’s full attention only on the present, experiencing thoughts feeling and sensations but not judging them. In other words, it’s about being in the moment.

There are many ways that people can become more mindful. Meditation is a famous strategy, though a lot of students will find this hard to do (And a little ridiculous besides). For that reason, just getting people to spend some time on being in the present by experiencing the actual space that they’re in, what’s going on and what that means will often work well.

You can simply talk them through it. Get them to feel certain sensations, like the sun on their face or the clothes on their backs. Also, get them to focus on being in the present, not just during the exercise but during conversations as well. This will let them become active listeners, where they don’t just listen while they wait for their turn to talk, but actively try to understand the position that the other person has taken.

Have them write dialogue

The big advantage of writing out dialogues is that it forces your students to take on the roles of different people and try to understand what position they take.

The exercise itself is quite straightforward. Just have your students sit down and write out the conversation between two characters. If your students are younger or less experienced, then initially they might do best deciding on their own characters and their own conversations. As they get a bit more experience you can decide who is talking and what they’re talking about.

When you get into the more structured exercise, then it’s possible for your students to learn from each other by reading out the different dialogues that have been written. You can even take the best ones and have people read them out. In this way, you’ll be able to discuss why this one worked well and people can come up with interesting continuations or variations around the same theme. This will allow them to experiment with different outcomes as well as different results. You can even have in depth discussions about why a certain person might have said a certain thing.

Another great exercise is to take realistic dialogues either from online videos or from movies and then having your students watch them. The goal here is not just to entertain them and occupy their attention. Instead, they’re supposed to actively analyze the dialogue.

So have them watch the dialogue several times and consider:

Then you can discuss afterwards as a class what they did and why it worked. Note that with teenagers, you can also look at videos where adults flirt (though not outrageously so). Though they’ll laugh and giggle, they’ll still find the information incredibly useful and pay attention. That means that you can sneak other information into it, like the points I mentioned above.

The ability to think critically is useful in whatever your students are doing, be it in class, in life or in conversation. For that matter, finding teachable moments to help them get better at critical thinking is always a good idea. So make sure that you teach it to them whatever they’re doing, be it learning how to communicate or learning new language. By the way, learning languages is really important for our communication skills and brain in general. Advise them to start doing it.

There are many ways to teach critical thinking. A good place to start is to ask the class a question and then have them debate it as a group to figure out what the answer. Some example questions are ‘what is necessary to make a country?’ or ‘What is anger?’

Students should then sit together and discuss together what they think the answer is. This is both a great opportunity for them to learn what it means to think critically, as well as learn how to communicate clearly with each other.

Of course, you should always be on hand to help and guide the students with new ideas if they get stuck.

Also, it is important to explain that critical thinking is not the same thing as being negative. Everybody can be negative and obstructionist. Not everybody is good at seeing the hole in an argument and working out solutions to fix such holes.

Teach them the power of open-ended questions

To actually have a real conversation students need to understand the power of open-ended questions. So a great exercise is to actually show them what those are (as well as their opposite, the yes and no question).

A good initial standing point is:

• What is an open-ended question?

• Is this is an open ended question?

Here are a few more examples that you can look at.

From there have them practice both kinds of question on a partner, so that they realize why one can lead to conversations and the other probably won’t. A good exercise is to give them a group of closed-ended questions and have them then work to transform them into open-ended questions. You’ll have to figure out some appropriate questions to turn into either open ended questions or instead let people try their own.

You can even turn it into a quick game where students get to try to either find out if a question is open ended or not as quickly as possible. Alternatively, you find some tricky closed or open questions and then having people decide individually whether the question is one or the other.

Extra things to pay attention to

As your students are learning to communicate make sure that you pay attention to these things so that they learn them quickly:

• Turn taking: A good conversation has turns, with all sides being able to speak and listen. If one person is hogging all the attention, then this rule is being broken. Make sure that they understand this and allow each other to speak. Nobody allows a conversation hog.

• Affirmative sounds: When somebody is telling something that’s interesting (or even when they’re not) it’s important to make it clear that you want them to continue. Have your students make affirmative like ‘wow’, ‘is that right?’ and ‘uhuh’ in order to show the other person that they are listening.

• No negging: It doesn’t matter how lame the other person’s statement is, that’s no reason to tell them they’re stupid or that in other ways tear them down. Teach your students to disagree with each other disrespectfully, through such statements as ‘I don’t think that’s true’ or ‘are you sure?’ This will make it a great deal easier to have a conversation without hurting anybody’s feelings. 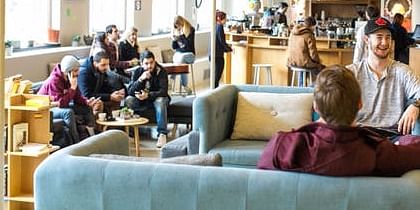