First Is Not The Winner. Smart Inbound Marketing Is

The importance of being first to market is perceived by many to be vital. How true that is?

The release of the Apple Smartwatch back in April 2015 and its Series 2 in September 2016 was met with half cocked eyes from any consumer old enough to remember when the US talked about a different Clinton running for the White House. The long anticipated smartwatch comes more than a year and a half after the release of it's rival Samsung's smartwatch. Those half cocked eyes are starting to return to neutral as the first new product release under the watchful eyes of Apple CEO Tim Cook seems to have hit the mark. At this early benchmark, it looks as if he knew precisely for how long he could test the seemingly unbreakable Apple brand while his team perfected the product to launch ready. Apple's decision to let Samsung, as well as many other smartwatch makers, beat them to market shows just how confident the team at Apple is in their brand elasticity. When Steve Jobs started the Apple avalanche of innovation, the world of technology leaks and forecasting was primarily relegated to the world of technology enthusiasts. For instance, the iPod wasn't the first Mp3 player to market. It was the first covered by the major news networks, it was the first brought to consumers via prime time television ads, and it was the first to have its very own retail stores in the middle of some of the most expensive real estate in America.

This wasn't how it was done and it took the name Apple to a brand stature not even Sony or Bose had been able to achieve. This new elevation the technology giants found themselves at exposed a culture of leaks, rumors, billion dollar lawsuits to mainstream consumers. In the middle of that, the importance of being first to market was perceived by many to be vital, especially as Apple was the innovator of the iPhone and iPad, leaving their competitors to battle for second place before the race ever started. It was baffling to many people that Apple would allow Samsung, as well as a few other companies, to beat them to market on a completely new product. We as consumers had literally grown accustomed to watching product releases announced by a man with glasses, and a black shirt of some kind, to a packed theater, and it felt strange to have it any other way. That coupled with this being the first major release since Steve Jobs' passing left the talking heads with a healthy platter of buzz. 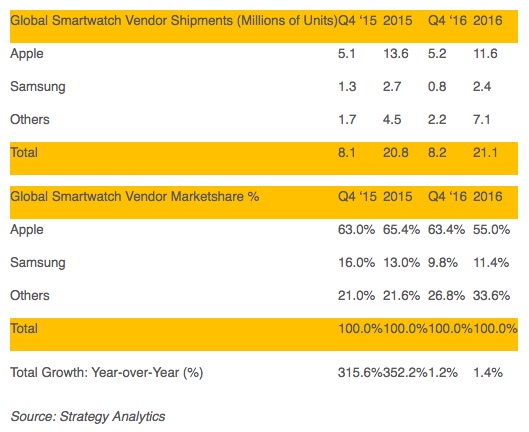 How many times have you passed by a half empty Sony, Bose, or Microsoft store, only to then see an Apple store bursting at the seams with customers and staff? All of the stores have great products in them, only one has the Apple brand. The Apple brand strikes when and only when the timing is right for the product and doesn't look around to see what or how it's environment is responding. That's a pretty powerful company. As Vasilii Pollock, marketing expert of PromotionStep agency states:

The ability for small to medium size businesses to establish an "Apple like" brand lies primarily in inbound marketing, where the patience is required. Inbound Marketing contributes to buyer loyalty, something that Apple understands well.

Apple's brand showcases the expertise of it's team and products. Even the help desk is called The Genius Bar. Blogging, white papers, eBooks, custom landing pages, these are the places companies are finding the ability to showcase both expertise and authenticity, two things vital for gaining brand credibility with consumers.

Whether or not the smartwatch is the same game changer as something like the iPad is yet to be determined. Rumors surrounding Apple Watch sales dropping can be found in droves on every major financial publication. It's worth noting that mainstream news and comedy, as well as many evening dinner tables, didn't exactly know what to make of the iPad except that it looked like a really big iPhone. Now commerce is exchanged in more formats than describable, both in the digital world as well as the physical. Hospitals and schools are run on tablets and yet many of us are saying "I don't get it" with regard to the smartwatch and its potential uses. Much like the rewards reaped beyond branding by Apple's patience, the long term branding benefits of inbound marketing also have more immediate benefits (2-3 months) to companies sales departments.

Inbound marketing utilizes information gathered from the consumer branding engagement, discussed above, to create a powerful profiles of a company's ideal clients and replicate that client at a predictable cost and frequency. This short video explains this concept in it's most basic form.

Is the smartwatch the next Laserdisk player? I don't know and neither does anyone else. There's two giants slugging it out over a smartwatch vision, one that's highly unlikely any of us have truly seen in focus. This is where a company needs branding power. It's development requires discipline, as does the ability to maintain it. How many companies can watch consumers purchasing a product from their competitors as they ready a product without rushing it? The Apple brand isn't a piece of fruit or a catchy font, it's getting it right, and while brand currency can be expensive in the short term, it's value may be incalculable where it matters.

I got my Series 2 Apple Watch on the New Year eve and it became a part of my digital comfort zone at no time. I'm excited about the things it can perform today, but the possibilities being imagined and implemented in the near future are no less intriguing.

10 learnings you’d wish you had mastered during the lockdown