Will exports suffer under the Goods and Services Tax (GST) regime in India? 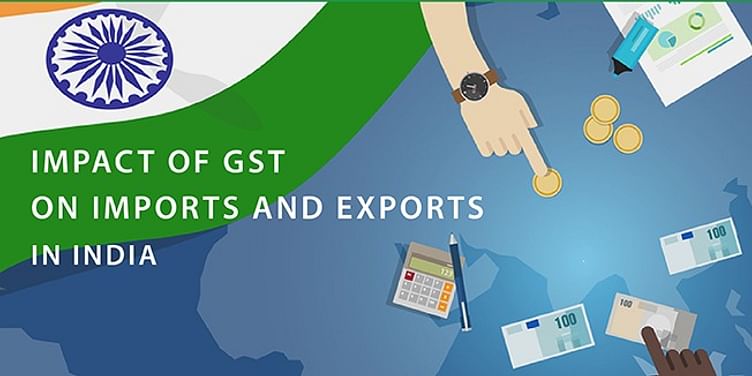 For an Indian exporter’s point of view, the Goods and Services Tax (GST) necessitates rethinking for the the import–export chain. Additional cash flow requirement at procurement changes sourcing and other preferences in international supply chain. Balance shifts from imports to domestic procurement, necessitating change in country of supply, procurement price, choice of supplier, product mix and other aspects. Liquidity problems may arise since the process necessitates upfront payment of GST while procuring inputs and getting refunds after substantial lag will block working capital. While exporting, Indian exporters need to pay IGST or take exemptions, which increases compliance costs. Exporters are demanding an exemption mechanism rather than having to first pay the tax and claim refund later.

Delegations of export bodies have met and pressurized the government to reconsider its decisions. Industry bodies maintain they be exempted from new tax burden to make Indian exports competitive and less expensive in international market. They also point out that no service tax was payable earlier since according to the GST destination rule there is no service tax on air and sea cargo segment because destination was outside India. They now claim that service tax will be levied which will be at variance from the GST taxation structure followed by other countries. They claim freight forwarding was exempt from charges but with the advent of GST, charges will be passed on to exporters, making exports un-competitive—self-defeating for Indian Government’s programs such as Make in India.

Provisions of the Goods and Services Tax (GST)

Exports of goods or services are considered zero-rated supply under the GST. It will not be levied on exports of any kind of goods or services. Input tax credit can be claimed on zero-rated exports. An exporter who deals in zero-rated goods under the GST can claim a refund for zero-rated supplies. An exporter has to file application for refund on the portal directly or indirectly. An export report needs to be filed before filing for a refund. An exporter may also need to file shipping bills for goods exported out of India. The shipping bill could be considered an application for refund for IGST. However, it will be applicable only when the person in charge of shipments files an export report and mentions date and number of shipping bills.

Other concerns of import–export industry

However, there is a different view too. Several industry pundits predict that with the GST in place, export industry will have internationally competitive prices due to the process of claiming input tax credit and its availability on services. Overall, India’s exporting community needs to accept as well as adapt to the new emerging norms and follow a path that has dwindled reliance on schemes, fewer financial incentives, and greater thrust on quality and brand acceptability, most suitable for international trade.

Going forward, Indian exporters-importers need to depend more on open market forces in order to compete in the international trade. But, it is too early to comment on how soon GST changes may compel businesses to leave behind their previous models and operating structure and adapt to the demands of the current GST regime.

Impact of GST on imports and exports