Instant “Axis” – all Hitler, all the time. 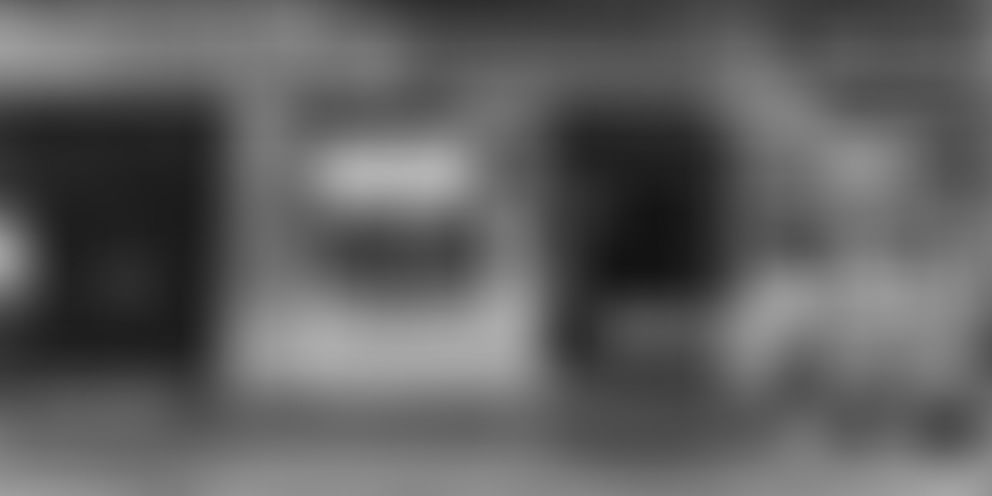 I love a good World War Two Nazi documentary as much as the next guy, but enough is enough.

When I was 14 or so, my parents were nice enough to take me on a trip to California. The last stop in our journey was San Francisco. My parents had been there once before and were quite fond of it. One of the things that my father said that he enjoyed most about the city was that it was a place with a lot of “characters.” When he said this at the time, I wasn’t quite sure what he meant. Eventually, I figured it out. Apparently, when he used the word “characters,” it appeared he meant for lack of a better term, “street people.”

My father could be a lot of things, but politically correct certainly wasn’t one of them. He wasn’t talking about your run of the mill “homeless people.” First of all he wouldn’t have called them “homeless people,” he would have referred to them as “Bums,” as in the “Bowery Bums” he used to chase away from our double-parked car down on Manhattan’s Lower East Side, while he ran in to Yonah Shimmel’s to get a piping hot knish. (Imagine being seven years old, and waiting for your father as you sat in a double-parked car where there was nothing but homeless drunks coming up to your car so they could “wash” your car window for spare change because your Dad had to get a Kasha Knish.) 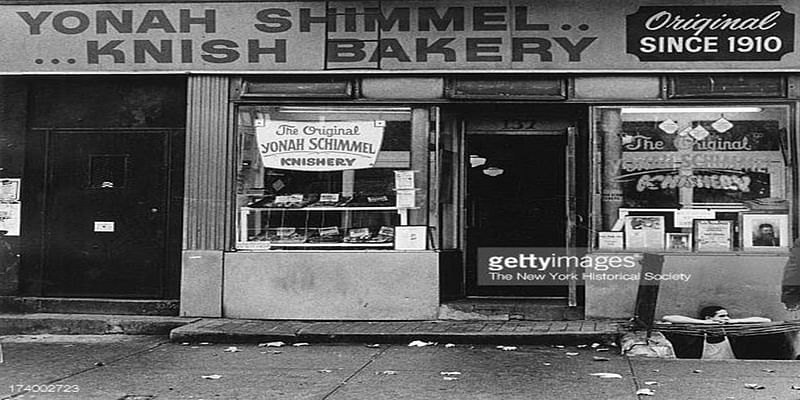 This is the neighborhood that my father was determined to venture into to get his beloved knishes. The Lower East Side of Manhattan wasn’t quite as “savory” as the kasha laden delicacies which he sought out. (Getty Images)

When we finally arrived in San Francisco, I began to take notice of the locals. I immediately came upon the “street characters” that my father spoke of. There was one in particular who for some reason stuck out in my mind. He was a grizzled fellow sitting on a stool in front of a tent like structure which I assumed was his dwelling. It had a variety of signs and pictures strewn all about his hovel, and he had long gray hair with a salt and pepper beard to match. His clothing was “rag-like,” and if I were to compare him to a famous person or character, it would have to be the magical and mystical “Gandalf the Grey,” from the beloved Lord of the Rings saga. (Unlike Gandalf, the agitated street person didn’t seem that enamoured with “little people,” nor did he appear to possess any particular magic powers. I would also add that even though people were walking past him left and right, not once did he proclaim, “You shall not pass!!!!”)

(Gandalf would have made a wonderful San Francisco “street person.” He had the beard, the rag-like clothing, and the pipe. He would have been like a benevolent Charles Manson. You Tube)

It was obvious that the locals, as well as the tourists of San Francisco, were used to “street characters” yelling out a variety of slogans and statements since nobody seemed to be paying the guy too much mind. However, he caught my attention, and what he was saying was this:

“People need to wake up. Your government and its leaders wish to start the next world war. They are sick of watching the reruns of the first two world wars on television, and wish to start a new one.”

Of course, this was 1978, and the sad saga of Vietnam was still a burden on the collective psyche’ of the American people, even those who apparently lived on the “Streets of San Francisco.” (And I don’t mean Karl Malden or Michael Douglas.) This pontificating “street politician” appeared to be on to something, or at least that’s what my 14-year-old brain seemed to think at the time. We were a nation that had grown weary of war due to the struggle in Vietnam, yet by 1978, there were those who still lusted for a satisfying victory over literally any foreign adversary in order to restore our confidence as the world’s “superpower.”

In all honesty though, I doubt that my 14-year-old self-was capable of such a salient thought. Instead, what did strike me as interesting was the concept of the “rerun,” and whether individuals could ever get tired of old World War One and World War Two documentaries made from only the finest stock footage. After all, by 1978, it had been over 35 years since World War Two had ended. It was logical to assume that most Americans by this time had more than their fill of these stock footage videos. I mean after all, how much of these films could the American public be expected to take before we all threw up our hands, and not unlike Fascist Italy in every battle of World War Two that they participated in, stood up and announced our surrender? Well, talk about underestimating the American television viewing public!

(Victory at Sea, a classic to be sure. First of all, you have the legendary Richard Rodgers of “Rogers and Hammerstein” doing the score. Second, it was made by NBC in cooperation with the United States’ Navy. When was the last time the military cooperated with the “Lame-stream media?” So answer me this; Who could possibly get tired of watching the U.S. Navy kick the “Jap” navy’s butt all over the Pacific? YouTube)

For years, if you were “jonesing” for a good World War Two documentary, all one had to do was to turn to the History Channel, a basic cable staple. However, a few years ago, when the “Reality Television” craze swept through our broadcast airwaves, pretty much every network on basic cable began to dedicate essentially all of their programming time to programs such as…

While these programs may not have captured the public’s eye, (Particularly because I made them up.) the actual reality fare that clouded up the airwaves on basic cable over the past 15 years wasn’t much different. While certainly, this type of programming had its fans to be sure, where were the hard-cord history junkies going to turn to get their dose of Hitler and his henchmen? No need to panic history fanatics, the American Heroes Channel has arrived to save you…from non-World War Two programming. 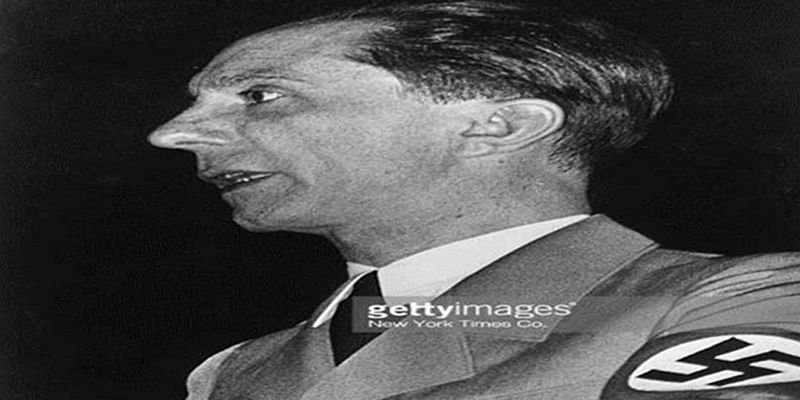 Even the Nazi Propaganda Minister, and part-time ferret, Joseph Goebbels, couldn’t have imagined getting all of the coverage that the Nazis now enjoy on the AHC network here in the United States. (Getty Images)

Don’t get me wrong, as a history teacher, and a lover of all things “World War Two,” it gladdens my heart to see such interest in the greatest conflict in the history of mankind. However, is there really enough legitimate information and news regarding the Nazis to have a program on about them every night? Certainly, there are plenty of angles that one can investigate when it comes to Hitler and the Nazi phenomenon. However, some of the programs that we now tune into on the AHC literally on a nightly basis, do stretch the fabric of credibility. Here are a few of the historical “morsels” that have been offered up on the American Heroes Channel:

High Hitler and his Nazi Supersoldiers- Apparently, the Nazi war machine was powered by crystal meth tablets. It would seem that Hitler and the Nazis were “Breaking Bad,” before it was fashionable.

Hitler’s Death Ray – Did Hitler only dream of such a weapon, or was it based in reality? Um, I’m going to bet not.

Mad Science: Nazi Killer Bugs – Hitler claimed not to be interested in germ warfare, but apparently he was. You don’t have to be Neville Chamberlain to know that sometimes…Hitler lied.

Nazi Jihad – Well now, this is unexpected. Hitler and ISIS? Say it ain’t so!

Nazi Jesus – Hitler wanted the Germans to think of him as the messiah. Of course, don’t tell Hitler that the idea of a “messiah” is a Jewish belief.

Project Nazi: The Blueprints of Evil – How to build a Nazi regime in just 10 easy steps

World War II: Witness to War – Taking a look at World War Two from another point of view, or in other words, a non-Nazi point of view.

Hitler’s Bodyguard – Wow, talk about having an unpopular job.

Apocalypse Hitler – I love the “Apocalypse” series. There’s one for Stalin and for World War One and World War Two.

Laundering for the Master Race – Just uncovered, apparently Hitler was a fanatic when it came to making sure that all high-ranking inner-party members had just the right amount of starch in their dress shirts. (I may have made this one up.) 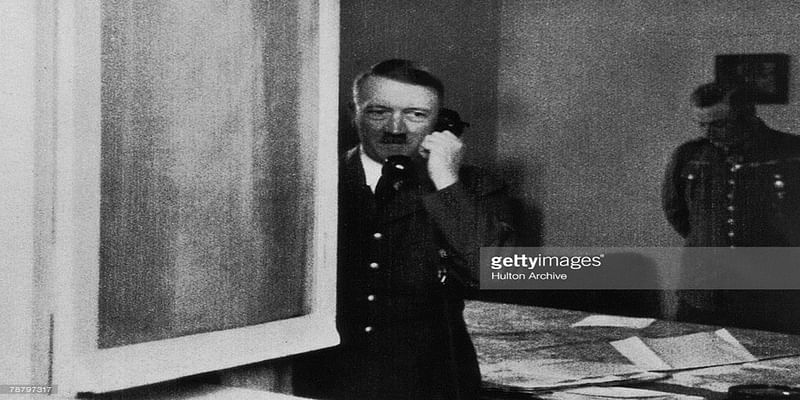 While I certainly applaud people having a healthy interest in history, it has always seemed to me to be a mixed blessing that particularly here in America, we have always been a bit obsessed with Hitler and the Nazis. In Europe, where people had to live with the destruction wrought by Hitler, the morbid fascination that we have here in America is largely absent. Perhaps if we had to deal with the idea of the Nazis bombing our cities and targeting our civilians, we wouldn’t be so tuned into the idea of “Nazi at Nite” television programming.

Still, when you consider that so much of the basic cable programming that isn’t “Reality Television” is dedicated to programs about the Mafia, serial killers, and terrorism, perhaps we as Americans can’t help but be drawn to the so-called dark side of human nature. Eventually, I’m sorry to say, AHC, and the other basic cable educational networks are going to run out of ideas regarding Hitler, the Nazis, and World War Two. That will be a sad day, but fear not, there’s always another dark historical figure just waiting to be exploited and probed for our amusement.

The Housewives of Osama Bin Laden – Tune in each week to see if Osama Bin Laden’s multiple widows can live together with all of their children, without driving each other to commit jihad.

Vladimir Putin: You too can be shirtless – Putin’s exercise program will have you flexing your “pecs,” and wrestling bears, just like Uncle Vlad.

Bachelor Tehran – Iran’s most eligible “bachelor” Ayatollah must choose five of the 20 charming bachelorettes vying to make sexual fatwa with his holiness. and become part of his harem of wives.

My Name is Hitler Too – An undercover camera follows five individuals who have the last name “Hitler” as they try to navigate a world that has little interest in giving a guy named Hitler in the 21st century a fair chance at the American dream.

I really think sometimes I should have pursued a career in television programming. I was after all a broadcasting major at SUNY Oswego. As you can see, it’s still my passion. Despite my complaints, I’m sure I’ll continue to tune into the AHC, and follow the trials and tribulations of the Nazis. However, I do have my limits, and I’m letting the world know the following: If I see an advertisement for “An Olde Time Nazi Christmas,” so help me, I’m going to turn off the television, and read a book!