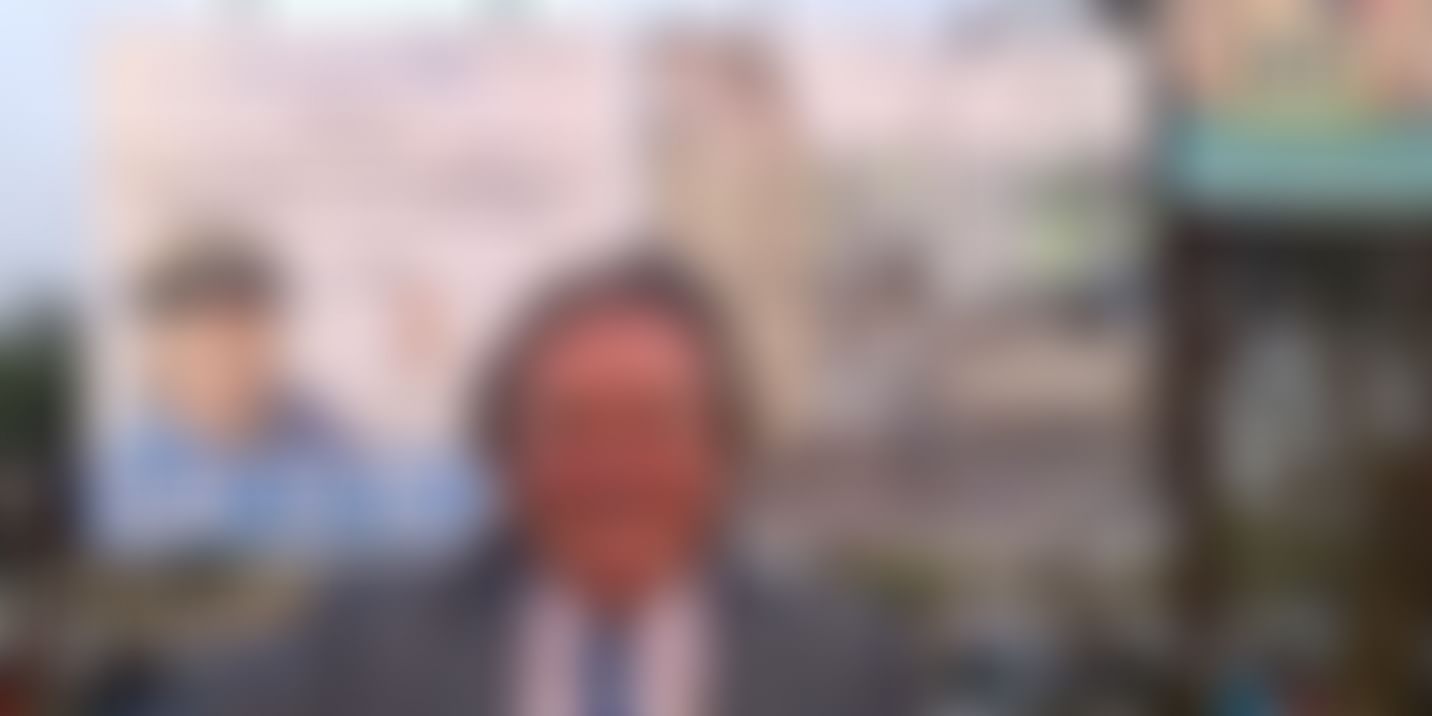 Dr Patrick Treacy is best known in India as Michael Jackson's former doctor and face of Richfield Hair Implants but, he tells how his life was replete with heartbreak and drama long before he met the famous singer

"I grew up in west Fermanagh in Northern Ireland and I suppose it was a rural and idyllic setting until the Troubles kicked off. That changed everyone's life. To go to Queen's University in Belfast during those years and become involved in student politics when all of the tit-for-tat murders were happening and some students were being killed, it was tough. I got attacked in that period as well and actually got my leg broken.

"In retrospect, it might have been the best thing that ever happened to me because it almost brought things to a conclusion. When something like that happens to you, something catastrophic, it gives you time for a rethink." 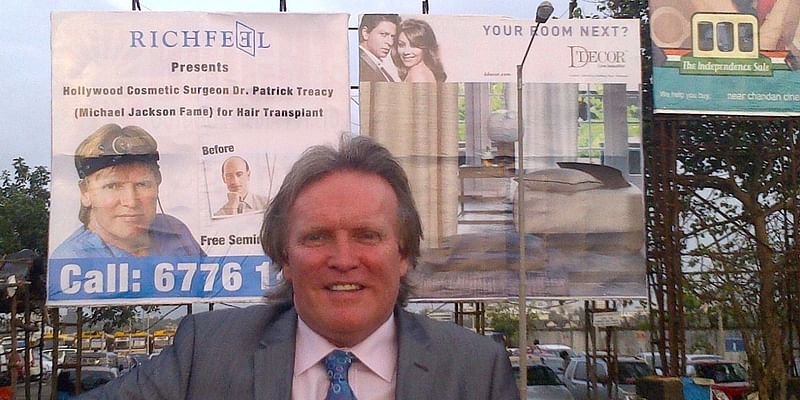 Behind the Mask also covers Dr Treacy's experience of a love lost. Trish, the one who got away, is mentioned in some detail and the author is not sure, as yet, how she might feel should she read the book a couple of decades later.

So, did love, marriage and all that jazz escape him despite all of his adventures since?

"It did escape me, yes," he laughs. "There were lots of different girlfriends, but that initial one Trish would still affect my thinking; so writing the book in a way was cathartic, because for years I didn't even want to approach that loss." 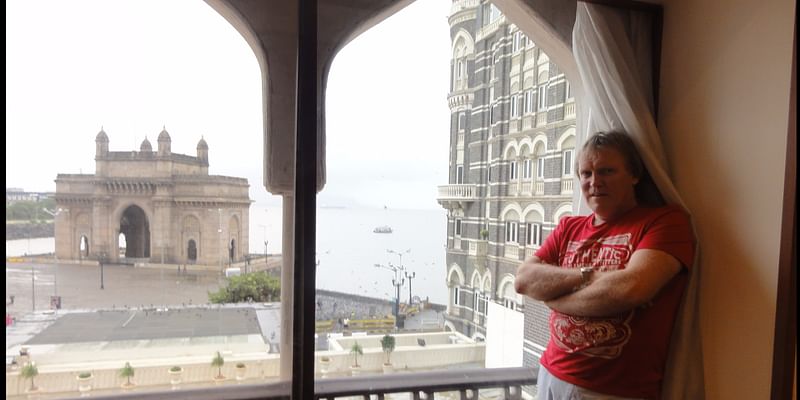 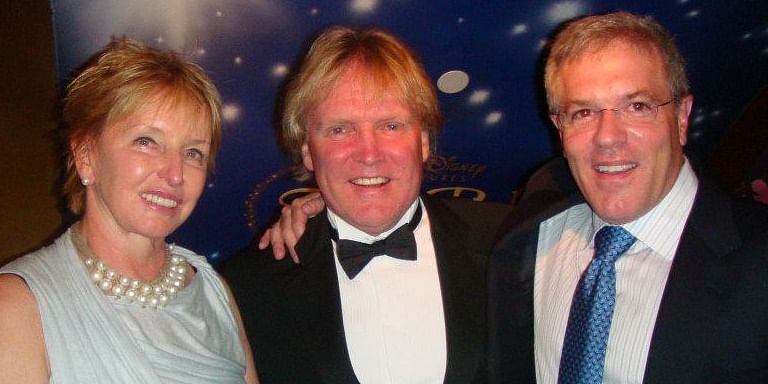 On my return to Ireland, I set up the Ailesbury Clinic, where I worked at the cutting-edge of the relatively new field of cosmetic dermatology and championed treatments like Botox. My work in this area has brought many stars to my door over the years, not least many Bollywood stars and the King of Pop. I think we bonded on a couple of different levels, including humanitarianism and Africa, and also because I had treated a lot of celebrities, so I wouldn't have been particularly star-struck. Michael was very vulnerable and I think a lot of people took advantage of him. He did suffer from vitiligo, that's not unknown at this stage, and he did have black and white skin, so he didn't particularly want to just become a white man by taking the pigment out of his skin. The thing was, if he didn't do that he would have been pie-balled, which the rest of his body was. I treated him for a number of years. He was here at the Ailesbury Clinic, six or seven times and he was due to come here a few days after he died."

I have higher qualifications in dermatology, laser technology and skin resurfacing, and have been at the forefront of many new techniques in the world of aesthetic medicine. This field of medicine didn't exist before a couple of people like myself invented it, and believe it or not, some of the techniques we use now everyday around the world started in our clinic in Dublin. These include the use of combination therapies including micro-needling, PRP and red light (DUBLiN Lift), using facial implants for HIV lipoatrophy and thermocoagulation for facial veins as well as many others. I spend my life now being invited to lecture around the world and sit on the scientific committees of conferences from Monaco to Moscow.

"You can treat a patient's face - particularly someone who has cancer or HIV - and there is a dignity and a self-respect they get back for themselves; they will often cry because there is an immediate result and that is wonderful to see." I was a flying doctor in the past and certainly, you get a personal reward for going out to a road traffic accident, bringing somebody back because you know if you don't do that those patients may never be treated, but aesthetic medicine can be a bit like that as well.

Dr Treacy was recently asked whether the facial aesthetic industry isn't given the credit it deserves in the UK compared to India because the market has become saturated with everyone from dentists to nurses administering Botox injections and fillers. He replied "I have been calling for an increase in the regulations for years and they are bringing it in at last. Scotland brought it in just a few weeks ago and we have been promised it is on the way here. I think everyone would like to see more regulation," he added 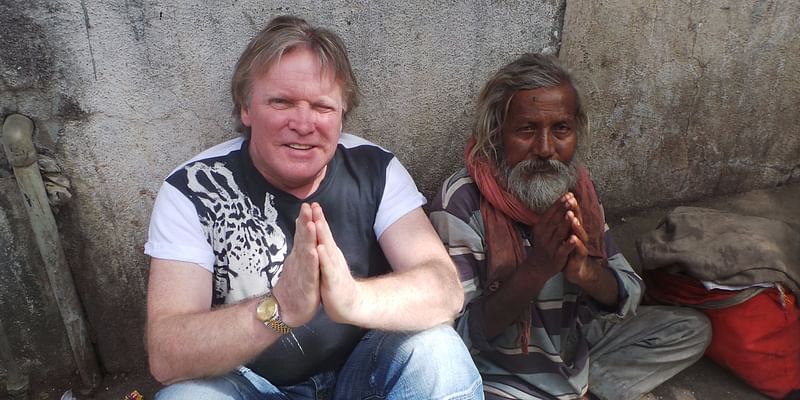 Dr. Patrick Treacy on one of his many visits to India

A short time after this attack, I transferred to the Royal College of Surgeons in Dublin to finish my studies in medicine. However, during Margaret Thatcher's tenure, there was an economic rethink in Britain and because I'd already got one grant for my first university, my college grant was revoked.

At that time, the North of Ireland was a lot richer than the South, so not a lot of people came this direction. Dublin was very poor in the late 70s and early 80s, but the bars were always full and there were a lot of music groups. You had Paul Cleary and The Blades for instance and you had U2 starting off. They played in the Dandelion Market, which was next door to the Royal College of Surgeons. We got to know each other quite well. Robbie Fox had the Pink Elephant then and all of the bands like Def Leppard would be hanging out there. 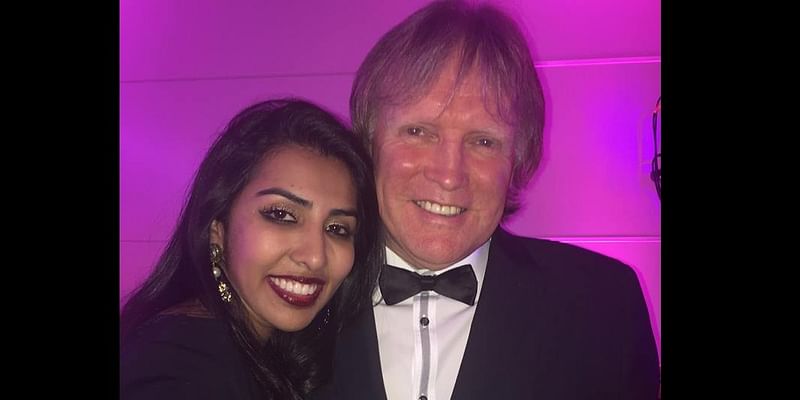 I was in the Royal College of Surgeons, which was very expensive, when my grant was pulled and I was just left hanging. I had nothing, so I took a year off college to try and make a bit of money and raised the necessary funds to finish medical school by being innovative and doing what young German students did -smuggling cars from Germany to Turkey. "I can look back on it now with fun, but at the time it was difficult enough,"

I eventually obtained my medical degree but my life took an unexpected turn in 1987. While working in a hospital in Dublin, a needle I had used to draw blood from a patient with HIV jabbed me in the leg. This was the height of the HIV/AIDS crisis, and fear both within the medical field and the wider public was at fever pitch. I was forced to undergo blood test after blood test to determine if I had contracted what was then considered a deadly disease.

Overwhelmed by the incident, I left Ireland - and my girlfriend - for New Zealand. It was to be the first of many international posts over the next decade. I would have always had a fascination with travel and would have read widely. I lived with the Marsh Arabs in Iraq for a period, then when I was in Australia, I took a job with the Aboriginals, and when I was in Zimbabwe, I lived with a tribe there for a while.

I was lucky that I was always intelligent enough not to get too far off the beaten track where I couldn't get back again. I also spent some time travelling in Africa and working with HIV patients because I suppose I sort of felt for them, and it was some of the articles I wrote on that which Michael Jackson later came across.