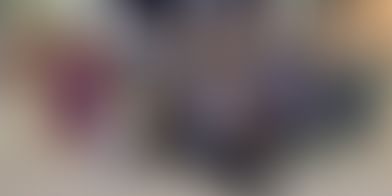 Significance, reach and cost-effectiveness of Radio, as a medium of communication in rural and remote parts of India.

Saurav is an India Fellow from 2017-18 cohort. He is working at Mant, a non-profit organization in Purulia, West Bengal, setting up a community radio station to bring voice and awareness in the region. 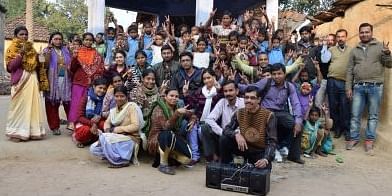 “It has been 11 years but I still remember the day when my 12th grade results were to come. I was eagerly waiting since morning. Those days, we didn't have internet. Radio was the only medium. My father sat near the radio throughout the day. We were elated to finally hear the result. There are lots of associated memories. Radio catered our needs when nothing else was available.", says my colleague Snehalata from our community radio station in Purulia, West Bengal.

"We had a beautiful wooden radio set and I clearly remember this program called Santhali Akhda which used to broadcast at 6:00 pm at Akashvani radio station. Young and old neighbors would come to my house and wait for the program. We all would listen to it together, laugh and at the end, discuss it.", says Budhadev, another colleague.

We often say Radio nowadays has no significance unlike how it used to cater to a huge audience a few decades ago. It is unable to match the pace of Television, Smart-phones and Internet. But that shouldn't mean its impending death. If we look at rural areas, Radio is still quite significant.

Recent government studies suggest that radio could potentially reach up to 98.5% of the population in India. There are approximately 104 million homes that have radio - nearly double the number of homes that have TV. The information on Radio can be comprehended easily irrespective of one being illiterate or a differently-abled person.

Let us compare the cost of buying Radio v/s other communication mediums in the market:

There were nearly 883 functional private TV channels in 2017 running nearly in 20-25 languages but when we count channels representing different dialects and forms of Indian languages, there are almost none. All India Radio broadcasts in 23 languages and 179 dialects alone and there are more than 180 community radio stations which broadcast in other indigenous languages and local dialects. It is a herculean task for a country like India which has 18 officially-recognized languages and 1652 mother tongues.

After working in a community radio station for 8 months, I have learned that the cost to produce content for Radio is far cheaper than any kind of digital or visual content. Even the process of content production is easy to an extent that it hardly needs an expert or a professional.

A short training is enough to make someone familiar with the technicalities. Here, we have more than 15 semi-educated men and women from rural areas who can compete with a professional radio jockey and technicians in a range of skills from creating a program to repairing transmitters.

Coming to natural disasters and catastrophes, the fact that TV news channels benefit a lot in urban and semi-urban areas can still be digested but in rural areas, Radio plays a bigger role in conveying information, carrying the relief work or taking situation under control. I recently visited Hevalvani community radio station in Chamba, Uttarakhand. The founder, Mr. Rajendra Negi shared how radio stood as a hero in disaster management activities during Uttarakhand floods. In Tsunamis and Cyclones, when mobile signals, TV channels and Wi-Fi connections break, radio becomes the only hope.

One of our listeners takes his cows and goats for grazing by walking miles on hills in forests every day. He ties the mini radio set to a cloth, hangs it on his shoulder and listens to it on the go. Is that possible using any other medium? Not even You-tube can do that. As someone who earns his bread by cattle rearing, he can’t afford to buy a smart-phone with unlimited Internet packs.

Similarly, there are women in villages who don't have any leisure time in a long hard day. They bring wood from forests, wash utensils and clothes at hand-pump, well and pond, prepare food for family and cattle. When do they relax! Radio is perfect to be used in between household chores since it's portable and doesn’t need special attention as in the case of a TV or Phone.

“News on T.V. Channels make no sense these days. Everything gets exaggerated and repeated several times whereas, on Radio, it's straight-forward, short and informative. People hear it attentively as they know it won't be told again. It helps to concentrate unlike TV where the pictures and unrelated headlines divert the attention. I also remember RJ’s name, jingles and creative advertisements on the radio.”, says Milon, a radio producer from my station.

Radio listeners can directly interact with RJs through call-in facilities even in the middle of a program which makes it highly personalized and interactive. People who are unable to operate phones properly, are given an option to send letters. It gives a feeling that they are writing to someone they know. As a result, it bridges the gap between listener and the channel, generating a sense of belonging.

However, there are a lot of challenges. Radio stations have to face restrictions on news programs because of the security risks by Government of India. As a consequence, some stations are bound to play music for a longer period of time. Due to this, they're sometimes not taken seriously by the listeners. Stations in rural areas like Purulia, where local news and citizen journalism is needed, are struggling because of the limiting policy. Also, the licensing fee for buying a radio frequency in a city is huge and not affordable for small radio stations. All of these factors have slowed down the growth of radio and its market in our country. There is an urgent need to re-shape the broadcasting policy by the Government.

Apart from this, radio has been able to unite the linguistic and ethnic diversity of India. It connects people from all backgrounds, improving the rural-urban divide, preserving culture and traditions with its numerous arrays of frequency. It is providing entertainment where digital modes haven't reached yet and has helped to promote rural development programs as well as government schemes like Swacha Bharat Abhiyan, Beti Bachao, Beti Padhao and others. Over the years, Radio has emerged stronger with a few striking innovations like Community radio that have found a special place in the heart of rural India.

Image 2 by the author.