This article describes the pros and cons of surge pricing and how cab aggregators can improve it to attract more customers.

What is surge pricing??

Surge pricing refers to the adjustment (mostly hike) in price w.r.t the demand. Greater the demand for a particular commodity, higher will be its price set by the company to generate more profit. For example, consider the airlines industry, it follows the surge pricing method to fix prices. The later you book your ticket, the higher the price you have to pay. 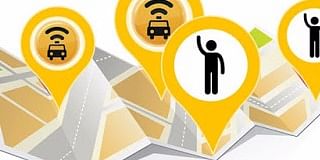 Cab aggregators such as OLA and UBER are in a price war with each other and to cater to the mass market they are offering huge discounts to their customers. But how are they generating profits? As of now they are not generating any profits. These cab aggregators are burning through the investments they are getting from venture capitalists in order to gain more market share. Surge pricing model is only helping them reduce this investment burning ratio.

According to government regulations, cab aggregators can charge up to Rs 19/ Km as fare, however OLA and UBER are offering rides at Rs 11/KM (during normal hours) which is less than an auto. However, during peak hours when the demand is high and cabs are less they charge up to 3 times the normal fare, hence catering to the needs of their customers but at a higher price.

Why the government wants to ban surge pricing

Many people have complained that OLA and UBER charge more at night than during the day. They say it is an unethical way of doing business since cab aggregators are taking undue advantage of their customers' situation. As a result of such complaints, the government announced that cab aggregators should not follow the surge pricing model and should charge a fixed price under all circumstances. 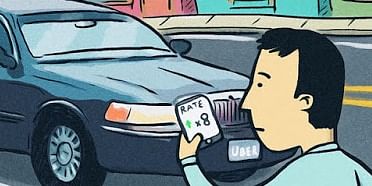 Will the ban on surge pricing prove to be a “Bane or Boon" for its users?

There are two schools of thoughts –

1. Surge Pricing should be banned as it takes undue advantage of our situation

Users might feel that cab aggregators are charging them extra when they are in a dire need of cabs. This might lead to customers loosing trust on the services provided by cab aggregators. It will also hamper the loyalty of customers towards the brands and hence the overall brand image of these cab service providers.

2. Surge Pricing is a good way to segregate its customers and why should we pay more for the services we don’t require

Imagine a situation where a customer uses a cab service every morning to commute to his office. His office is 10kms from his home and everyday he pays Rs 60 base fare (for 4 KMS) + Rs 11*6= Rs 126 which is very little when compared to an auto which would charge approximately Rs 150 (15*10). Now, one fine day the government decides to put a ban on the surge pricing model. As a result, cab aggregators decide to increase the base fare to Rs80/4Kms and per Km charge to Rs 19/Km. Now the same customer would have to pay Rs 194 (80+6*19) which is much more than the fare paid for an auto i.e Rs 150.

Such customers who don’t use cab facilities during peak hours (i.e generally during night time) are likely to switch to the substitutes if the overall price is increased (as a result of ban on surge pricing). These are price sensitive customers and they don’t believe in paying more for the services they don’t require.

Hence, if surge pricing is banned all users will have to pay a fixed price which would be higher than the current price and hence the probability is high that cab aggregators might lose a huge chunk of customers to the cheaper substitutes available in the market.

1. Put a cap on surge pricing, it shouldn’t be too high

Charging three times the fare is not a good way of doing business. Customers might feel they are being looted, lose trust in the company and switch to the competitor. Hence, taking this into consideration, cab aggregators should maintain a cap on surge pricing which should not be too high but affordable.

2. Set the policies in place, the process should be transparent

Cab aggregators should have certain policies in place and communicate the same to their customers. A user should be aware of why is he being charged extra and what is the process behind it. Transparency in the system will ensure customers don’t feel cheated and leave the company.

3. Special offers can be given to customers (during non peak hours) who are availing cab services during surge pricing

If a customer is regularly availing cab services during peak hours and is paying an extra amount each time due to surge pricing, cab aggregators can identify such customers and can give them discounts or loyalty points to be redeemed during non-peak hours. By doing this the company will be able to communicate a message that we “care for our customers” and in turn customers are likely to trust the company more.

Is the surge pricing model a boon or a bane? It’s still a mystery and is likely to remain so. For people who are happy with the services and prices offered by cab aggregators it is definitely a boon. But for people who have to pay extra during peak hours, it acts as a bane since they are the ones paying extra to compensate loses faced by the company. However, surge pricing model can be very handy for companies to segregate its customers and fulfill their requirements, provided it is used efficiently.