Why do lawyers need to be brought under the GST compliance ambit?

The complex nature of India's GST - which has four tax brackets ranging from a 5% to 28% - is bound to attract thousands of lawsuits in a legal system already grappling with a backlog of more than 24 million cases. Even before the planned 1 July roll out, about 100,000 indirect tax appeals were clogging India's judicial system at the end of March 2015, locking away some $23 billion in potential government revenue, according to a government report.

This article analyses the impact of new tax regime on the community which is critical for delivering justice from the courts i.e. Advocates.

Scope of GST on Advocates

The common notion exists in the market that Lawyer is outside the purview of GST. However, this is false perception after analyzing the provision in a detailed manner. Services provided by an advocate are taxable under GST.

- any person other than a business entity; or

- a business entity with an aggregate turnover up to twenty lakh rupees in the preceding financial year.

Chargeability of GST in following cases:-

i. When an individual advocate (including Senior Advocate) or a firm of advocates gives any legal services to a business entity with an aggregate turnover of Rs. 20 Lakhs or more in the previous financial year; and

ii. When a Senior Advocate provides any legal services to another advocate or firm of advocates.

In the case of a Reverse charge, the recipient is liable to pay service tax. Service tax is paid and deposited by service receiver to the government. Under Section 9(3) of Central Goods and Services Tax Act, 2017 the Government, through a gazette notification, specifies categories of supply of goods or services or both, on which tax shall be paid on reverse charge basis by the recipient of such goods or services or both.

Reverse Charge Mechanism provided in legal services as per Notification No. 13/2017 (Central Tax - Rate) dated 28th June 2017, by which the liability to pay GST is fixed on the recipient of services in the case of following situations:

Services supplied by an individual advocate including a senior advocate by way of representational services before any court, tribunal or authority, directly or indirectly, to any business entity located in the taxable territory, including where contract for provision of such service has been entered through another advocate or a firm of advocates, or

Services supplied by a firm of advocates by way of legal services, to a business entity located in a taxable territory.

Prior to the clarification, the Position regarding the applicability of GST on Legal Services provided by individual Advocates including Senior Advocates and a Firm of Advocates was interpreted in the following manner:-

When an individual Advocate/Senior Advocate providing services other than representational services to a business entity with a turnover of Rs. 20 Lakhs or above in the previous financial year, they will have to collect and pay GST.

But, if the business entity is not situated in the taxable territory (means a foreign client other than an individual), all legal practitioners including an individual advocate, a senior advocate or a firm of advocates will be liable to collect and pay GST.

A firm of advocates is outside the purview of GST, as the whole of their legal services are under Reverse Charge, provided they are not providing any services to a business entity outside taxable territory.

Services like a retainer, legal opinion, trademark services, documentation, drafting, etc will be covered under GST, in the case of individual advocates and Senior Advocates.

Clarification on 15th July 2017 from Ministry of Finance

It is further clarified that legal service has been defined to mean any service provided in relation to advice, consultancy or assistance in any branch of law, in any manner and includes representational services before any court, tribunal or authority.

It is further clarified that notification No. 13/2017-Central Tax (Rate) dated 28.6.2017 (Serial No. 2)specifies, inter alia,the following service under reverse charge mechanism,- 'Services supplied by an individual advocate including a senior advocate by way of representational services before any court, tribunal or authority, directly or indirectly, to any business entity located in the taxable territory, including where contract for provision of such service has been entered through another advocate or a firm of advocates, or by a firm of advocates, by way of legal services, to a business entity.'

The words 'by way of legal services' are preceded and succeeded by a comma. Therefore, the said words apply to an individual advocate including a senior advocate and a firm of advocates. Legal services provided by either of them are liable for payment of GST under reverse charge by the business entity.

Rationale for above clarification:-

The case was brought to the court after a petition by JK Mittal, owner of JK Mittal and Company, a Delhi-based law firm with clients in various courts and tribunals in India. The petitioner contested that the notification issued by the central government and the Delhi government to pay taxes on all services offered by them was in violation with the provisions of the CGST Act and the DGST Act read with Article 279A of the Constitution of India and has negative consequences on the legal fraternity.

The petitioner stated that such a notification was completely contrary to the recommendation made by the GST Council that it was the receiver of the services who would be responsible for paying the taxes and not the law firm. The petitioner had also raised that lawyers registered under the Finance Act must be exempted from such a requirement under the new law.

The Court is hearing a Petition filed by J.K. Mittal & Company, which has challenged notifications issued by the Centre and Delhi Government, wherein it was prescribed that advocates and law firms would pay the tax on all services offered by them. Only representational services were made an exception, dictating that it would be the clients who would pay the tax for such services.

Asking the authorities to clarify, the Court held that till such clarification is provided to the Court, no coercive action to be taken against lawyers or law-firms for not complying with any legal requirement under the CGST Act, the IGST Act or the DGST Act. Therefore, until final hearing of this case, there will be no GST registration for lawyers and law firms for any legal service. The Court has directed that the case is next listed on July 18, 2017.

In the erstwhile Service Tax Law, as per Notification No. 30/2012-Service Tax dated 20th June, 2012, the whole of legal services were under Reverse Charge for all advocates.

But in GST law, representational services only are brought in Reverse Charge, in the case of Individual advocate and Senior Advocate. But After the clarification from the government, It may be mentioned that there is no change made in the taxation of legal services in the GST era.

Section 22 (1) Every supplier shall be liable to be registered under this Act in the State or Union territory, other than special category States, from where he makes a taxable supply of goods or services or both if his aggregate turnover in a financial year exceeds twenty lakh rupees: Provided that where such person makes taxable supplies of goods or services or both from any of the special category States.

Contentious issue with Regard to Registration

Legal services were governed by the reverse charge mechanism from 2012 and no mechanism was provided to cancel the registration taken by legal firm prior Reverse Tax Service Regime. Registration under the Finance Act 1994 under Service Tax continued of many legal firms and practitioners, by virtue of Section 22 (2) of the CGST Act they are indirectly under an obligation to get registered under the CGST Act and thereby be subject to a whole series of legal obligations including having to pay tax on reverse charge basis under Section 9 (4) of the CGST Act and DGST Act and Section 5(4) of the IGST Act.

The legal profession is perceived to be imbued with such nobility so as to occupy a pedestal above a mere profession or economic activity and the indirect tax laws applicable to the provision of services used to reflect the aforesaid perception, at least in India.

This is a genuine issue which is not being raised or discussed in any forum due to lack of understanding on this topic. When you are expecting laymen to file 37 returns annually and upload millions of invoice on GSTN platform.Why are lawyers not being covered under its ambit? Senior Advocate charges minimum 4 to 5 Lacs per hearing. While Average Lawyer makes more 15-20 Lacs annually. Yet they enjoy undue benefits of Reverse Charge Mechanism.Why exclude affluent and rich lawyer class who are well versed with the entire system compared to any other ordinary citizen?

Provision of Reverse charge Mechanism was introduced with a rationale of collecting tax from Service recipient as it may face difficulty in the collection from Service Provider may be due to being unorganized Sector, export of service or Lack of awareness in that service.

It gives an impression that government turns paranoid while dealing Lawyers in tax matters. Just that one knows the system doesn’t mean that one start to exploit it in its own favor.The government should establish Tax equality in our country and bring services of Advocates under normal charge in GST regime. 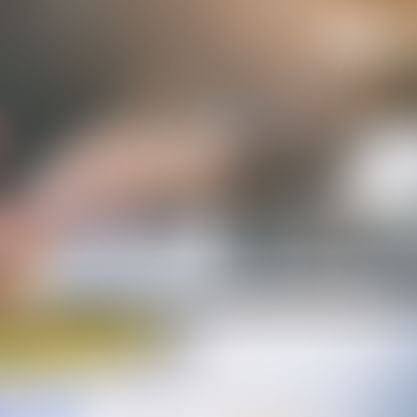