[Travel Series] The godliness of Chidambaram and the peacefulness of Pichavaram

Land of the dancing Shiva (Nataraja) – Chidambaram is a land that glorifies its past by appreciating its ancient customs and traditions even in the present. Even though extremely popular, Chidambaram doesn’t have as many visitors as other tourist destinations of Tamil Nadu. The place is mostly visited by devotees from in and around the state or by wanderers and tourists trying to find their way to the world’s second largest mangrove forest – Pichavaram. Located in Cuddalore district, the town is popular for hosting the annual chariot festivals in the months of December to January, and June to July. The architecturally rich Nataraja Temple is associated with many anecdotes from history and mythology.

The temperature in the region can increase up to 30 degree Celsius, it’s better to avoid visiting Chidambaram during hot seasons. The months between October and March are considered auspicious for holy visits. November to February is the best time to visit Pichavaram if you wish to sight colourful birds while floating amidst green mangrove trees.

Street food is one of the best things about Chidambaram. In terms of food, the town has got a perfect blend of authentic south Indian dishes and new experimental snacks. There are hardly any restaurants near the touristy Pichavaram forest. 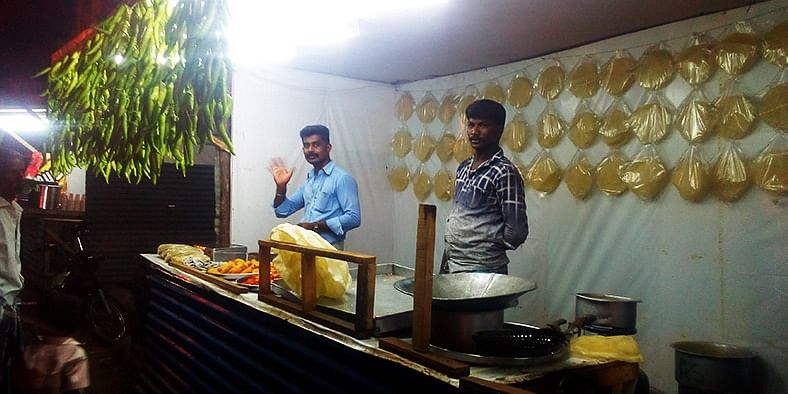 Chidambaram is a good place for those searching for temples to express their devotion and also for those looking to hide away amidst nature. Along with plenty of ancient temples and magnificent mangrove trees, there are a number of coasts within 100 Km distance in this region.

The historical Nataraja temple is the most popular tourist destination in Chidambaram. With its routes buried deep in mythology, it is known to be one of the Five Sabas or divine stages that Lord Shiva is believed to have performed his cosmic dance in. The unique culture of the region has been carefully looked after and followed in the temple and it is a delight to witness such traditions. Along with the culture, the temple also stands out with its unique architectural design. The temple’s architecture is dedicated to a classical dance form called Bharatha Natyam. Nataraja temple is very close to Chidambaram Bus Stop, there is also a stop right in front of the temple. The temple road is well lit with street lights and many road-side stalls selling accessories, clothes and many other knick knacks. 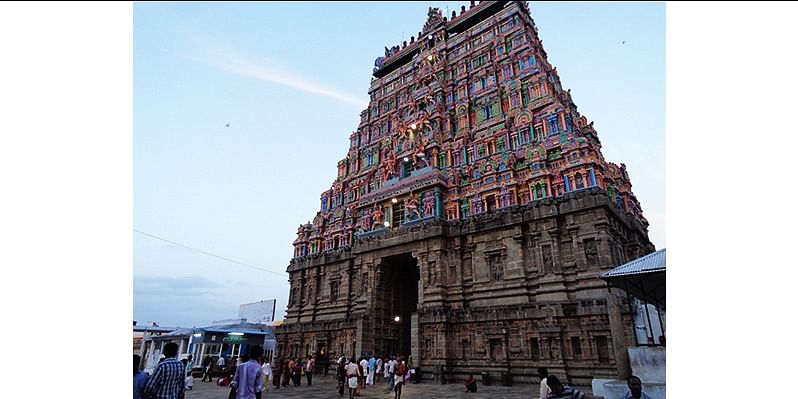 The Thillai Kali temple is another prominent temple of Chidambaram. The temple shrine is decided to Goddess Kali (a form of Goddess Parvathi) and has rich mythological significance. The Goddess is believed to have four faces like Lord Brahma and so, she is also referred to as Brahmma Chamundeeswari. The main idol showcases an angry Goddess. Legend says that Kali came to this place after being defeated by Shiva in their cosmic dance. The dance was performed to settle an argument about who is more superior - Shiva or Shakti. The goddess wanted to prove that both are equally important. Lord Dakshinamurthi (Shiva) is worshipped in a female form and is praised as Kadambavana Dakshina Rupini. The Thillai Kali Temple is at a walk able distance from Chidambaram Temple.

If you ever visit Chidambaram, don’t leave without enjoying a boat ride under the green canopy of mangrove forest. The popular tourist destination consists of the world’s second largest mangrove forest spread over an area of 1100 hectare. The greenery of the tress is reflected on the two feet deep water. There are rowing boats that can accommodate two, four and eight members at once. Motors boats are available too. Every boat is provided with an experienced sailor and life jackets. The sailors only take you a particular distance for the amount that’s paid in the counter, if you wish to sail further into the forest and for a longer time, you’ll have to negotiate a price with your sailor on spot. There are regular buses from Chidambaram to Pichavaram and they cost Rs 10 per seat. 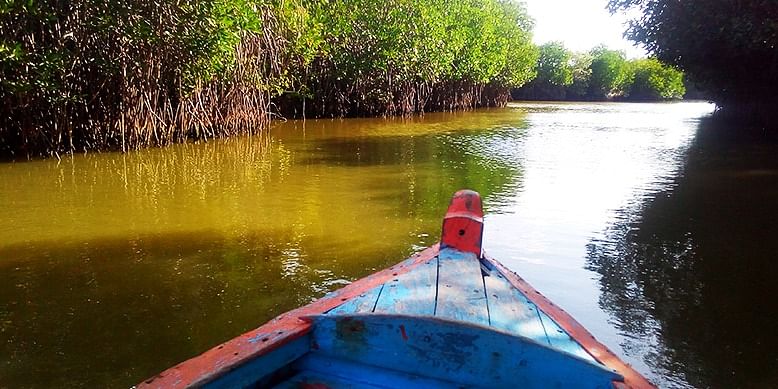 Parangipettai is the nearest sea port of Chidambaram. It is situated at about 19 Km from the city. The historical port was called as Porto Novo, translating to New Port in Portuguese. The Port that was once a main trading centre is now home to many industries. As Parangipettai Beach is not one of the very well-known tourist destinations of the state, it is usually less crowded and extremely peaceful. There are a number of trains and buses that commute from Chidambaram to Pichavaram.

One can find a few decent hotels and a number of guest houses in Chidambaram. However, the options are quite limited compared to other parts of Tamil Nadu. Pichavaram adventure resort is the only option to stay near the mangrove forest.

Hostels: There are no hostels in the region.

Train: Chidambaram railway station (CDM) has many trains traveling to and from nearby cities such as Trichy, Tanjavur, Kumbakonam, and Pondicherry. However, the railway station is quite small and doesn’t have a clock room.

Road: Chidambaram has regular buses commuting to nearby cities such as Pondicherry and Chennai. Three buses go on regular tours from Chidambaram to Pichavaram from 6:30 a. m to 7:00 p. m.

Air: The nearest airport to Chidambaram is in Pondicherry (PNY) and it is at about 66 Km from the city.

Local Transport: Chidambaram has good bus connectivity and buses are the cheapest means of transport in the area. There are share and regular autos that go around the area too.

Chidambaram is nothing like its neighbour Pondicherry. There are no bright city roads or busy transport system. However, there is a small bus stand with a thousand flies surrounding local fried foods. But floating under the green canopy of mangrove tress, learning about the fascinating story of the Chidambaram temple, and celebrating the delicious street food stalls that line up in the road opposite to the popular temple makes a destination that one shouldn’t miss when they visit Tamil Nadu. Stay aware of the restaurants without menus, they can drill a hole in your pocket without even you realising it. Transportation in Chidambaram is quite cheap, that is if you don’t give in to the pretentious bargains of local auto drivers. 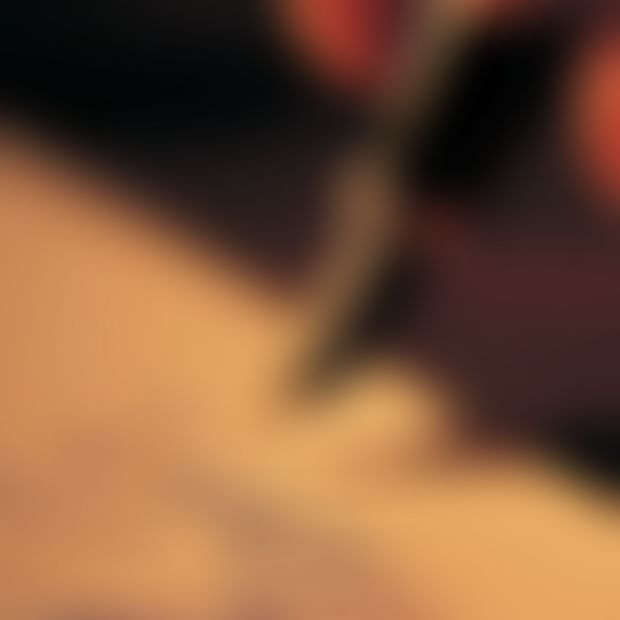