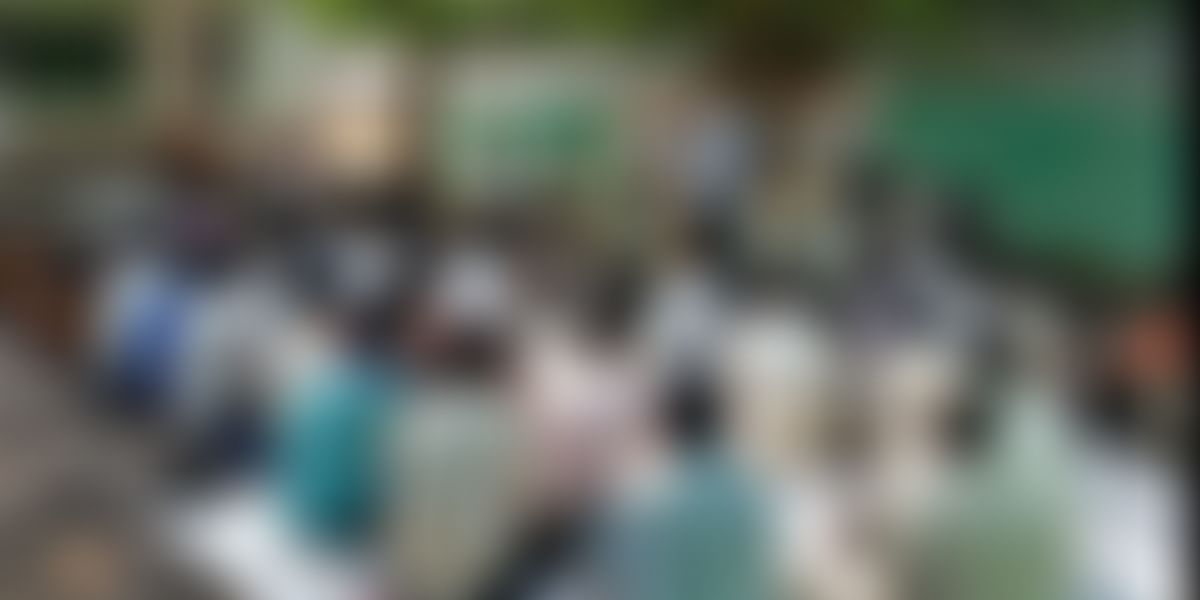 Ushering a silent digital revolution in schools of Dhule, Maharashtra

In government ZP schools of Dhule district, a nondescript town in Maharashtra where teachers find difficult to get students to focus in their subjects if you find hundreds of such students, their parents and teachers listening in rapt attention about digital schools and its power to bring transformation, its Harshal Vibhandik’s PRERNA SABHA. Aptly named, such SABHAS inspire students, teachers, parents and common villagers, who also attend many times. In a typical PRERNA SABHA Harshal will explain about the importance of a Digital School by showing a live demo and videos of how other schools in their vicinity are benefitting out of it. The Sabha ends by an appeal to parents and villagers to make financial contribution towards the future of their children. “In initial years we used to bear 100% funding but later on we realised that until and unless villagers participate in this they would not be motivated enough to explore its full potential. Gradually my role is evolving as that of a catalytic agent who has to inspire and motivate them rather than of being a donor. Right now 70% of the cost is borne by villagers themselves. During the process of taking this decision, many times at the panchayat level, villagers thrash out and debate the do’s and dont’s of such a technology. By the time a decision is taken they are convinced about its use and assume complete ownership of the idea.” says Harshal.

Life was not always like this for Harshal. He is an investment banker. Having spent close to a decade, number crunching in New York, even he hadn't imagined that his first love of computer and IT would bring him back to his native village. He was born in a family of 12 members who lived in a small room of 10ft * 10ft. Due to the financial constraints of family Harshal had to give up his dream of learning computer when he was in 8th class. Inspite of scoring well, his father who worked as a salesman in a retail shop couldn’t pay Rs. 750 annual fee and thus he was not allowed to sit for computer classes. Probably it was this suppressed ambition and his love for technology that two decades later when he chose to donate a part of his annual bonus for some social cause he zeroed on to digitizing schools! While visiting the schools to select 9 of them where digitization had to be done, the idea of seeking public participation struck. With 70% amount to be contributed by villagers he could now do 27 schools. Once the ball started rolling, there was no looking back for Harshal, he visited USA to raise more money and thus digitize more schools. Deshbandhu & Manju Gupta foundation, a Dhule based NGO too joined hands and promised more funds.

By now Harshal has already set up digital classroom in all 1103 schools of Dhule Zila Parishad. He is a hero and a role model for villagers, teachers and students of Dhule. He has also essayed a chapter in the annals of ‘Public Participation’ with this no mean a feat!

In Sep 2015 amidst the electrifying arena of San Jose, Prime Minister Modi had said he doesn’t believe in the concept of Brain Drain. He said, I consider it brain deposit, appealing to the Indo-Americans sitting in huge numbers, to come and play a role in transforming India. Harshal who sat through the speech that day, may have already proved PM Modi’s point. 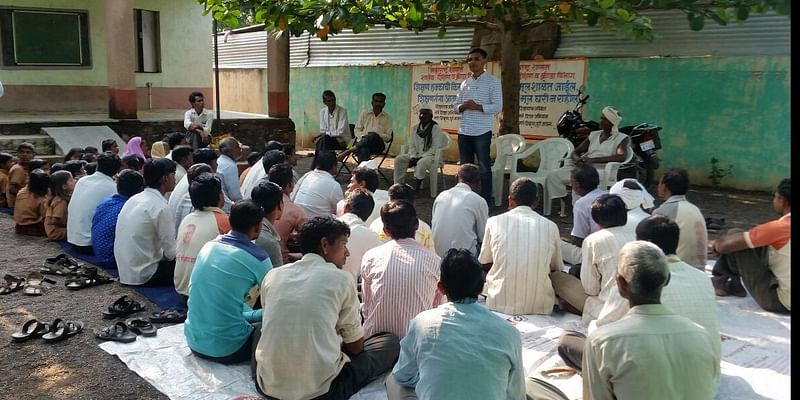 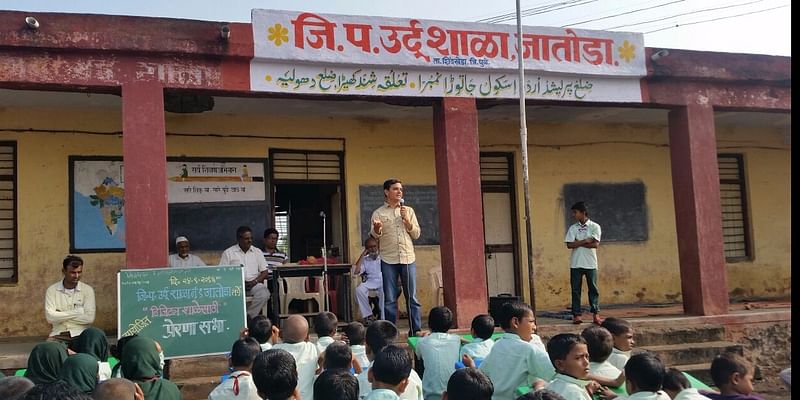 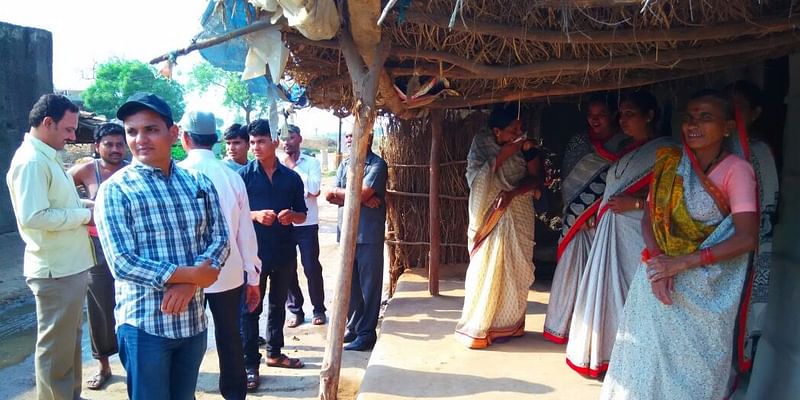 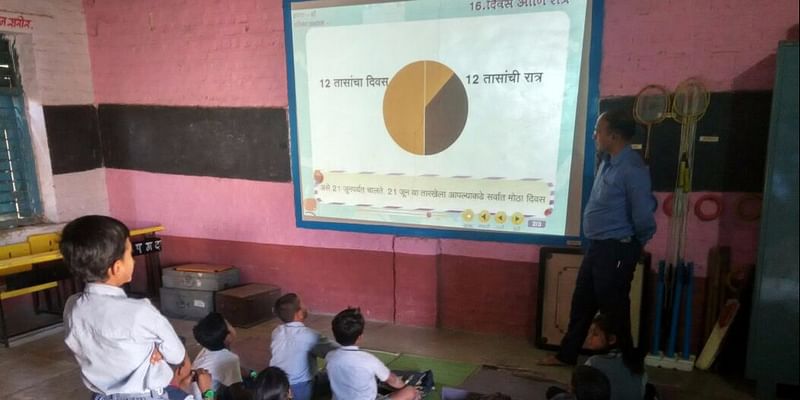 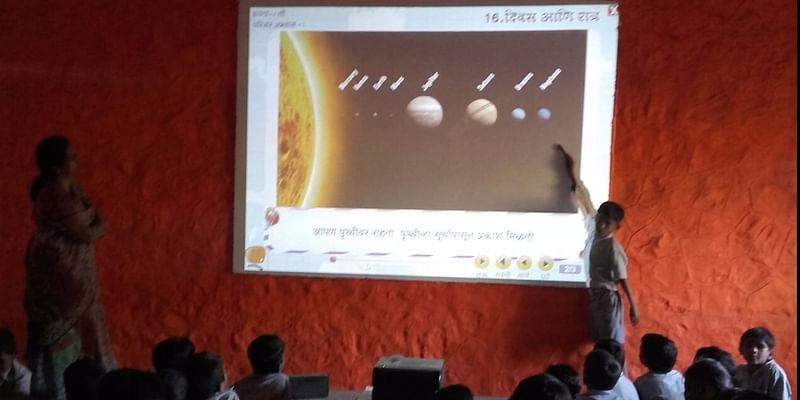