Why I became a coach 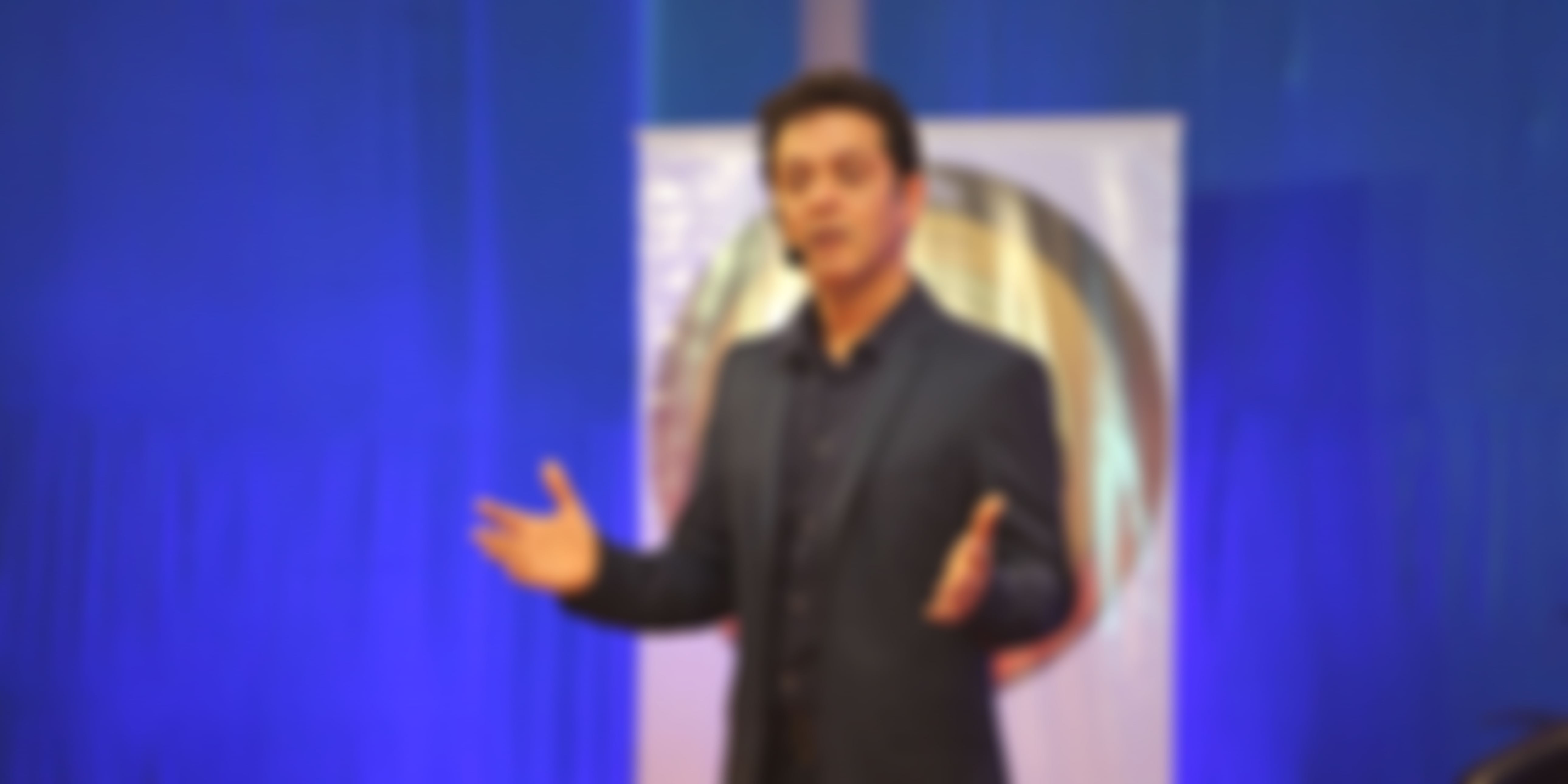 Arfeen Khan is a world-renowned speaker, strategist and consultant. For almost twenty years he has helped over 200,000 people in thirty-four countries achieve personal and professional transformation. Arfeen has worked with an extensive range of people including CEOs, students, Bollywood celebrities and industrialists.

I’ve travelled to 49 countries, worked with over 600,000 people, written four books and been a coach to celebrities and some of the richest people in the world. I’m not saying this to brag about myself, but only to make a point that sometimes you have to look for what you love and make that your profession. 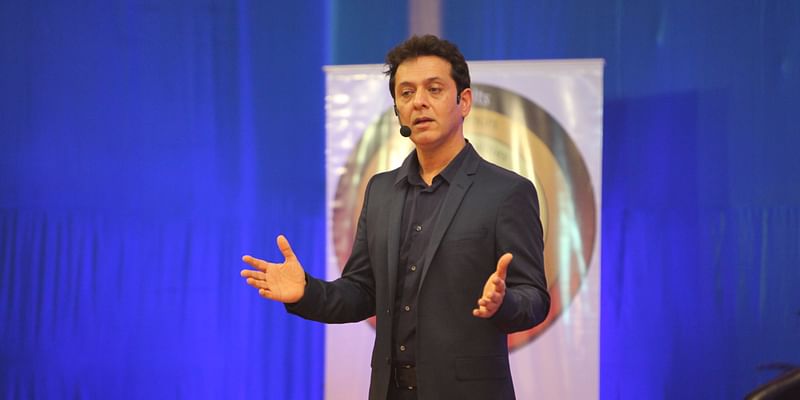 I failed English at school three times along with mathematics. I also failed public speaking. Naturally, the most frequent question people ask me is - “How did you end up doing something you were considered a failure at?”. The answer is quite simple! I realised long ago that your academic achievements have no connection to your success and the pursuit of happiness. I’ve always been ambitious. My father always encouraged all of us in the family to do what we wanted to right from a young age. One day my father sat me down and asked me the ultimate question, “Where will you be in five years?”. The question terrified me as I had absolutely no idea. Like most nineteen-year-olds, I didn’t have a clue as to what I was going to do five months from then let alone five years. However, this question stirred something in me. I started asking myself, “Why don’t I know what I will be doing five years from now?” Maybe, because I’d never thought about it.

I put together a dream list of things I would do and coaching or speaking was not on the list. Instead I did something absolutely contrary to what I do now. I started a business selling water filters and building a team to sell them. My first year was awesome. By the end of the second year I was financially independent. But tables turned drastically and a year later I was broke, both financially and emotionally. This propelled me to analyse my situation deeply. Where had I gone wrong? I started researching peoples’ behaviour. What makes people do what they do? How do people achieve success? I started another business and it turned out to be a success. Soon, I got invited by the rotary club to give a lecture on what makes people successful. The response was truly amazing. I started being called to other places to speak and the more I did it the more I realised I was good at it and people connected with me.

From then on I began charting a new path. I went crazy studying every book, CD, and DVD I could find on motivational speaking, filling my head with enormous details, content. However, this led me to understand that simply collecting content was worthless. I had to be real. That was the crux. I did not have be just another speaker or trainer or any other standard coach. I had to be different. I had to be me. I also had to know how each and every person in my audience felt to understand human emotions better. I developed my own method of transformation. It was simple and the most important thing is that it worked!

I did not do therapy sessions or weekly meetings with my clients. I never spoke about the past and focused only on the future. I went against all standard “coach norms” –I hate positive thinking, it does nothing; I don’t believe in motivation, it’s temporary; and I don’t believe in the optimist thinking that the glass is half full. To me it’s both half full and half empty. People liked my approach and best of all I got to be that one person who’d brought about a change in their lives. Another important lesson I learnt was that people don’t want to be lectured, they want to take charge of their lives. They didn’t need me, they only wanted me to steer them in the right direction. Rest they could take forward on their own.

Today, when people ask me “What do you do?” I find it hard to explain because I’m not a life coach (I hate that term!), I’m not a motivational speaker (yuck!) or a trainer (super yuck!). I like to think of myself as someone who changes peoples’ view of the world and inspires them with kickass tools to achieve what they want. And all this can only happen when one is extremely effective. To be effective you have to really care about people and love to contribute and at the same time have the power to not get affected by challenges. People often also have this view that most people who come to me are “problem” people. It’s quite the opposite actually. Almost all successful people have coaches who help them keep focus or to help them keep aligned with their outcomes. These are people who want to break free and go to the next level. I feel that in order to train such people and also to be a great coach you must teach from experience and not from a text book or from attending courses that certify you as a coach. I’m not certified but I feel have a PhD in results! Teaching others based on the experiences you have, adds the emotional connect and that connect gets the results.

So coming back to the most important question - where will I be in five years? The goal is to impact ten million people and create a happiness movement. I plan to write at least four more books and utilise my immense network of famous and successful people to change this country’s vision so that each Indian can become a superstar of their family, home, workspace, and inspire every person in their circle of influence.

The journey is long and it has just begun. 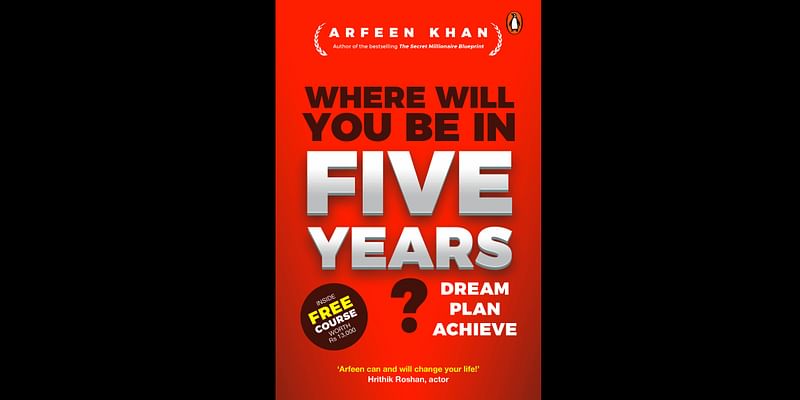 Arfeen Khan's book is out now.

"What if you were told that five years is the maximum time you need to fulfil your goals in life? We all dream about the future. However, we can't turn these dreams into reality unless we act on them in a systematic manner. Peak performance coach Arfeen Khan, who has been long associated with Bollywood, gives you not only the mantra for success, he even puts a deadline on it. His approach is practical, effective and can be implemented from day one. He helps you make your own plan, overcome your personal problems and move on a path of growth and change. Read this book to own your success!"