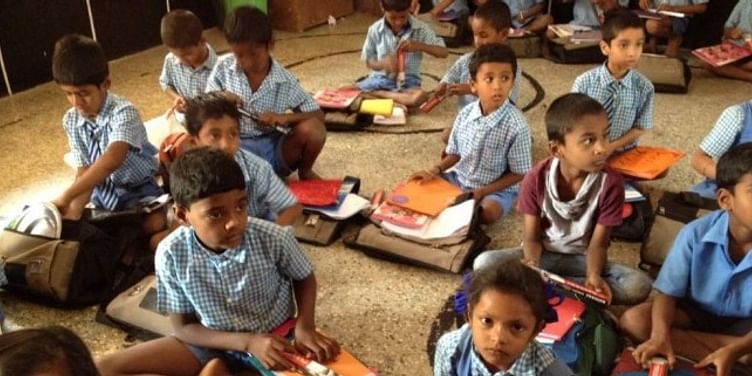 When I was 6 years old, my father (then a government primary school teacher) wanted me to get into an English medium school in the city hoping that I would receive a good education. Being a government teacher, even he was damn sure that students in rural areas are deprived of quality education. The irony was that teachers mostly were engrossed in solving trivial issues, which are primarily non-teaching duties such as election invigilation, etc., rather than focusing on quality education. On the other hand, several programs or schemes, such as midday meals, distributing cycles to girl children, etc. by the state as well as the central government have been initiated over the years, which many believe a great step to attract more and more students. But did that meet the purpose of imparting quality education to children?

“Education is the most powerful weapon which you can use to change the world” – This simply statement by Nelson Mandela delivers a powerful message. We can’t call students educated just by sending them to schools. As per a recent survey by ASER (the Annual Status of Education Report) for 2017, in rural India about 1/4th teenagers are not able to count money accurately, even though they are enrolled in schools for several years. About one-fourth of them cannot even read their native language proficiently. While almost half of them fail to tell the exact time, the majority can’t think of adding weights properly. Consider the fact that more than sixty five percent of total population in India resides in the countryside; hence, people in here need utmost attention and do not deserve negligence.

As compared to developed countries like US, Japan and China, India boasts the highest number of young population. If the surveys are to be believed, India, in 2020, will have people of an average age of 29 – 37 for China and for Japan, it’s 48. Every year, the nation India sees more than 30 million youths being added to its total population. While people below 25 age combine fifty percent of its total population, those who are aged below 35 constitute sixty five percent.

With the increasing number of young population, it is certainly a headache for the nation if they are of no help to the economy. The current situation in the countryside of India is certainly appalling, and the possibility of universal education is still a distant dream. Unless adequate attention is given, catastrophe is likely to happen for sure.

Here are a few factors that can possibly be blamed why rural India is not witnessing rapid growth in the education field.

In the words of our late President, Dr A.P.J. Abdul Kalam, “Teaching is a very noble profession that shapes the character, calibre and future of an individual. If the people remember me as a good teacher, that will be the biggest honour for me.” When the question is about rendering quality education, lips and fingers are pointed against role of a teacher. Currently, most educational institutes in several states have vacancies for teachers and they are in hurry to fill up the posts. In the process, applicants in most of the states have been let off from clearing Teachers’ Eligibility Test, considering the fact only 20% of the aspirants could clear TET. Although this move proves to be an instant hit as it fixes the problem of dearth of tutors, it will in no way help improve the quality of education.

Assessing the adverse impact of non-teaching responsibilities, such as election duties, ration card verification, pulse polio work, conducting cattle census, etc. is imperative. Keeping teachers busy in all these non-so-fruitful-activities for students should not be the foremost priority. “Teachers are meant to teach first and hence any non-teaching work is not the first priority. Government teachers are usually roped in to do other work too, and quite often it takes a toll on them and affects teaching. It also impacts the results. The study will help us understand the kind of impact it has,” asserted a senior HRD official.

Forget about teaching methods, there are schools with no basic facilities like clean washrooms, teaching equipment, proper classrooms, playgrounds and state-of-the-art infrastructure. Bad transport system is not to be blamed alone. Encouragement of innovative teaching methods must be inculcated to make learning more interesting.

A child starts learning right at home from parents. If parents are unaware of the importance of education, sometimes blaming the authority won’t help. The role of parents in their kids’ learning progress or evolve as latter grow. Research shows that the engagement of parents brings numerous benefits and has positive impact on children. Some of them are scoring good in tests, lower drop-out rates, better social skills, better adaptation, higher graduation rates, etc.

Even after 70 years of Independence, poverty is still a major setback and has not completely been abolished from the society. How can a parent afford to send his child to school when he fails to earn two times meal a day? This is a serious concern. Besides the fact that most government schools are lacking basic facilities, sending kids to private schools is a distant dream considering the expense.

Certainly a debatable topic it is! Statistics show that children studying in cities always outshine their rural counterparts when it comes to scoring good marks and better grades. It’s not true that they are more intelligent and have great calibre, but availability of opportunities and resources make them stay ahead in the race.

Blaming each other won’t help in providing quality education, but addressing the issues would surely hit the bull’s eye.