How the realization of a crooked system made me start FinoZen!

My journey through the messy financial services industry in India and my attempts through FinoZen to clean it up.

We Indians take our time in trusting someone, usually because we have heard stories of how our parents were cheated by someone or in our day to day life i.e. when we go shopping or in auto etc. we see that people are trying to fleece money from us (of course with exceptions of some good samaritans!)

d) We trust community banks with our hard earned money and

Examples of our trust in institutions is galore, and more often than not when we realize at some point of time in our life that our trust is betrayed, we feel depressed or we just shrug and say, could have happened with anyone and move on with our daily routine.

Exactly the same thing happened with me, not once but over and over again.

My first tryst with an institution was when I just cleared my 12th exam (in Year 2005) and father of my very close friend got my parents to invest Rs. 75,000 in a savings scheme to ensure that they can pay for my college tuition. In 2015, when I finally got myself to learn a bit more about financial services industry, I checked the growth in my parent’s investment, it was at Rs. 88,000 i.e. Rs. 13,000 in 10 years, a growth of 1.6% per annum. I knew the system enough by now to know that we were fooled.

As soon as I graduated from college (in Year 2010) and started earning my parents (like any other middle class parents would do) advised me to start saving money by putting it in FIXED DEPOSITs. I immediately started locking in 60% of my money in FIXED DEPOSITs ( ones which were giving highest return of around 7.5% usually 365 days ones) which I did for a year, at the year end to save money in taxes, I went to the bank again and asked them about how to save taxes, they got me to invest in some health plan and said that your money will double in 7 years, I thought 10% returns is not bad and I invested the entire amount I wanted to save in 80C, infact I invested for next 4 years the same amount again even though I realized that it was bad scheme and I was fooled because banks kept telling me that if I don’t invest I will end up losing money on penalties! It was only in 2015 again when I read in detail about the scheme and decided to stop paying any more premiums which led bank to keep calling me atleast for the next 1 year mildly threatening me, but by now I knew the system enough to take a stand against them. (No prizes for guessing, the scheme they got me invested was a ULIP/Endowment Plan, which is one of the biggest scam currently running in India investment services.)

Also, when I got around to liquidating the FIXED DEPOSITs, I got to know that they will cut 10% TDS on interest and that I will have to adjust it later, I found it really painful as FIXED DEPOSIT is usually meant for ease so I liquidated all my FIXED DEPOSITs and was taken aback by the penalty they imposed for premature withdrawl of money from FIXED DEPOSIT, if you withdraw before the scheduled time first they will give you the interest rate which is currently going on (and not the one which you booked at) and will reduce 1% - 2% on your interest rate as penalties! It is as good as just keeping money in saving bank account.

Final nail on the coffin on trust with financial services was when I got around to buying a house, like most of middle class Indians I got swayed away by my parents to buy a house before marriage, even after strong retaliation I finally relented and decided on a house which I wanted to live in, paid the token money and then approached a nationalized bank for loan. My loan request was approved soon but they charged me a heavy processing fee, I tried hard to understand the reason behind the same but I was only told that a self-employed individual is usually charged 3-4 times than a salaried person. After all, banks are just taking money from people like us while they give us only 4% and that too quarterly or yearly, and loan the same money out at a much higher price i.e. 10% - 15% why do they need to charge a heavy processing fee? Anyways, like the way I have been doing till now, I shrugged and said fine, let’s get it over with, others also have to pay the same price.

Now, the EMIs started and I got curious to know a bit more about loans and I was aghast at what I realized. Though they will promise you a 10.5% housing loan, the interest rate which you end up paying initially is close to 17%!! This is because they apply something called “Reducing Balance Method”! to explain it simply – if you have taken a loan of Rs. 30 Lacs for 15 years at 10.5% rate, you’ll pay a monthly EMI of Rs. 33,162 which if paid for 15 years comes to roughly about Rs. 60 lacs i.e. you pay double for what you take, which is kind of acceptable as you can always prepay the loan i.e. if I pay Rs. 2 lacs one day it will get discounted from the Principal and the EMIs will come down, however it’s not so straight forward, Reducing Balance Method allows banks to collect interest upfront so the EMIs which you pay from your first month are around 90% interest amount and only 10% principal, so even if you prepay you are at loss and have paid a significantly higher interest rate then what was advertised! The avg. time period in which home load is paid back in India is 5 years and because Banks are collecting interest upfront in EMIs, the effective interest rate they are charging on Home Loans is close to 16-17%!

Finally, it was time for me to look back and think why is there such a huge amount of inefficiency in the system; is it because we Indians aren’t smart about our money, no definitely not; is it because of lack of options, possibly yes, or is it because the way financial services has been built in India is ancient, definitely yes!

Around one year back, June of 2015, I took a sabbatical from my startup I was running in Gurgaon and moved to Bangalore with a clear focus on understanding the root cause of problems, we normal middle class Indians face and create a solution for the same. I knew that most of us don’t want to take heavy risk with our money, we don’t want it to be sitting ideally either in banks and most of all the young generation now need the peace of mind more than anything else.

One year of hardwork and keeping the pain points of our society in mind, we created a very simple platform namely “FinoZen” where people can easily invest their money with one click (investing as low as Rs. 500), while the money grows at an annual growth rate of 7.0% - 9.0%, it remains completely safe and can be withdrawn anytime without penalty, moreover you can see your money grow everyday!

The way we achieved this is that via FinoZen your money gets invested in an ultra-short term debt/liquid fund, which is very safe & stable and generate decent returns (usually higher than Fixed Deposits). Now, most of you would like to know that if something like this exists why did we never knew about it – simply because a distributor who sells you this fund gets very low commission on it. For ex: If you invest through FinoZen, our commission is only 0.05% to 0.25% per annum i.e. if you invest Rs. 1 Lakh and keep it for a year we get only Rs. 50 to Rs. 250 a year. However, if you invest this Rs. 1 Lakh in a ULIP (which my HDFC bank got me to do) the agent will get ~30% commission upfront i.e. he will make Rs. 30K right away! Hence, nobody till now was selling or educating middle class Indians about this investment opportunity. A scenario which I hope to change with FinoZen.

I know this is just a start and we are focusing on solving only one problem Indians face i.e. growing their money in a safe way and having complete access to it at all time. We currently have only 17,500 users and I know we have a long way to go before we can reach out to millions of Indians and solve other problems as well but we are confident at some point of time we will reach there.

For time being, I am just content with the small happiness I can derive on a day to day basis for ex: after a month of persuasion my mom created an account on FinoZen and invested Rs. 50,000 (this is the first time she has listened to anyone but banks for her money) and moreover, she loves the daily growth she gets and is going to invest more! :) 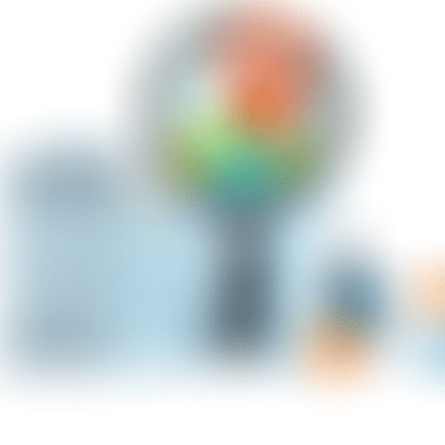 A Guide to Improving Local SEO for Your Business 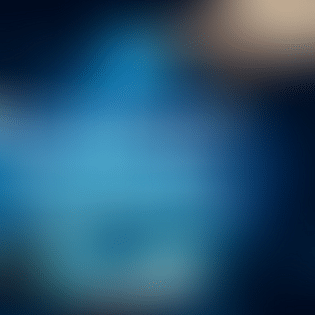 How Artificial Intelligence Can Benefit your Business In 2020?