Renewable Energy Use In America

Much is made in the media about the sources of energy we will use in the future. For a number of reasons, many assume that fossil fuel use will decline over the course of time. The reasons people give for the decline of fossil fuels very. Some believe their decline will be due to their limited availability. Predictions for this decline in fossil fuel availability—such as the Peak Oil theory—have generally been exaggerated in the past, but it is still possible that a limited availability of fossil fuels will begin to impact their viability as fuel sources in the future.

Another reason many give for a predicted decline in the use of fossil fuels is the emergence of renewable energy. Technological advancements in renewable energy are being worked on and made on a daily basis. More and more individuals, businesses and investors are considering the potential of renewables as having a more significant presence in the energy sector. But just how much of an impact have they already made? Here is a look at a few renewable energy sources and their current use in the United States.

Solar power is seen by many all over the world as a viable energy source of the future. Countries like Germany and Portugal are able to generate significant percentages of their power on a daily basis from solar power. But solar success for other countries has come with a national commitment and investment in the technology. The United States has not as of yet seen such a significant commitment per capita. In the U.S., about 0.6% of its electricity in 2015 came from solar power. Despite this seemingly small percentage, there is no doubt that the use of solar power has increased in recent years on multiple levels. More than ever, individual homeowners have been able to incorporate solar power generation into their home energy systems. In the Florida area, homeowners interested in solar power investments should investigate solar companies in Orlando and other areas to see if it may be an option for them.

By some measures wind power has had the most success in the United States of all the sources of renewable energy. Wind power accounted for 4.7% of the electricity generated in the country in 2015. Like solar power, the success of wind power is obviously dependent on the surrounding environment—in the case of wind, the amount of wind in a given area. Anyone who has driven by one of the wind farms in the United States understands that these wind farms can be an impressive sight. Like solar power, wind generation has also been successful on smaller scales, with some individuals and communities successfully deriving some of their energy needs from windmills and wind power.

Hydropower doesn’t always receive as much attention as a renewable energy source of the future as do solar and wind, but hydropower currently accounts for a greater percentage of our country’s electricity generation than any other completely renewable resource. In 2015 hydropower accounted for 6% of U.S. electricity. 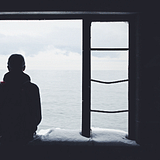 14 Good Reasons Why You Should Get Out of Debt