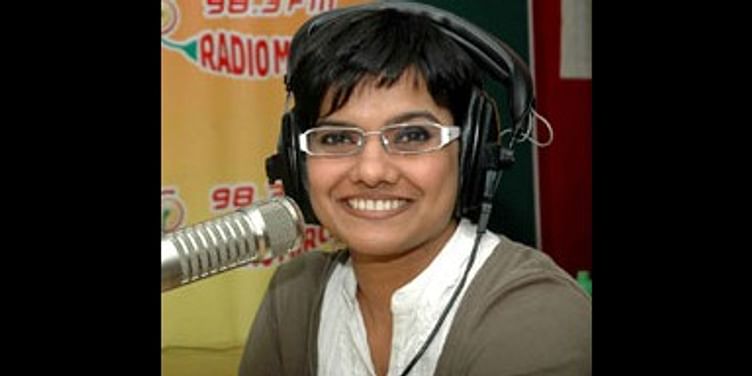 A melodramatic Bollywood can be made of my story. My life. Read on to see why I call myself the miracleme!!!

It hit me a decade ago. I had never heard of it.

A month post my delivery, one fine day, as I spoke sweet nothings to my infant, I suddenly started to slur.

Did I hear a slur? Did I imagine it? I kept shut for most of the day, shivering like an aspel leaf.

The next morning, I couldn't brush properly. The froth went all over the place and much remained inside . I had to put my fingers in to clean my mouth. Yeah, obnoxious it sounds, right? Well, horrible it felt.

I rushed to my gyaene. Seeing my condition, she asked me to rush to a neurologist at Apollo Hospital. That's how I was introduced to the best neurologist of the country, Dr. Vinit Suri.

5 minutes of discussing the symptoms. Slur. Difficulty in chewing food. Difficulty in swallowing food and saliva. Left eye drooping as if it were the shutter of a shop closing in the evening! Ha. And ofcourse, that beautiful effervescent smile for which I gathered compliments all my life going down instead of going up as if i was making a grumpy face.

Basically, my facial muscles decided not to work. Atleast not to work in full strength.

A simple RNS (repetitive nerve stimulant) test confirmed it was one of the rare auto-immune disorders that few knew of. That is how I was introduced to Myasthenia Gravis.

Just incase, I forget to mention, 10 years ago, I also happened to be one of the most popular radio jocks of the city, with the biggest private Fm Network Radio Mirchi 98.3 Fm. Aaah...this always gets me attention. I did tell you, my life is full of drama. And that is why I call myself the miracleme. The miracle that is me!!! 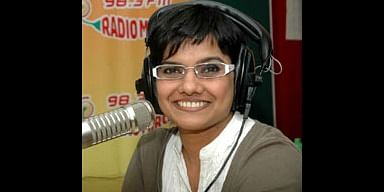 THE ON-AIR DAYS ON RADIO MIRCHI

That's when the filmy story began. Oral medicines and steroids were unable to keep the symptoms under control. The PET CT scan revealed Thymoma for which I had to undergo a major surgery, similar to an open heart for the Thymus gland to be removed.

While on the operating table, the thoracic surgeon had to take the decision of scrapping off remnants of the tumour flying and sticking here and there or leaving the heart and lungs as is. He, another doctor who was a fan of my show Bumper to Bumper on Radio Mirchi, decided on the former.

As luck would have it, something touched my vocal chord and it got paralysed.

I virtually had no voice post surgery. Ironic. A radio person all my life, I lost my voice. Drama.

Thymectomy was followed by radiation and chemotherapies, steroids. I shall not even go into the details of what chemo does to the body.

One doctor, an ENT frivolously said I should forget about going back on air. I took it as a challenge. And in a characteristic filmy style announced it loud to my mom who was wheeling my chair that I would be back on air if not for anything but to prove this doctor wrong.

I got back to my Yoga. Pawan my guru, worked on the other vocal chord. We worked hard for more than a year. I gained my strength back.

I did the 7 km run the first year in the Airtel Delhi Half Marathon and the next year with all support from my enthusiastic marathon runner husband managed to complete the 21 kms run. Albeit, running, jogging, walking and crawling. But yes I did complete.

2010, I went back on air as the breakfast show host on Radio Mirchi with a lot of hoo halla. Huge hoardings all over Delhi said "Pallavi is Back!" Hi Delhi was the name of the show. But I guess it was a bad decision. Though I got all possible support, help and encouragement from Mirchi, my voice did not support me for long. It used to get tired soon and was surely not a radio voice that people would hook on to. I was off the show in a couple of months.

Apart from yoga I underwent heavy duty Reebok training in the Nehru Park with Shiba Mehra. She made me the fittest person that I had ever been in my life. Fit and taut and smart. Wohooo...and then ofcourse I completed the marathons.

How does one tell a 10 year story in a single post. So here is a fast forward.

Five years of remission and one day the slur came back as I started to tell my child his bed-time story. Mayasthenia Gravis was back.

The scan reported 3 tumours in the left lung. Surgery happened. 5 tumours were removed. The diaphragm was cut. Radiation and chemotherapies followed.

It was back to exercise, yoga, meditation, good food and nutrition as also my journey into the spiritual and metaphysical world of Past Life Regression, EMF, EFT, Reiki, Pranic healing, the Secret, The Gita, the power of now, you name it and I had read and done it all. Looking for answers.

I eventually got some of the answers. One being, the power, Universal or whatever you call it, lies within us. Our belief, our thoughts make or break us. It is fine, absolutely fine to idol worship because we humans need something to put our concentration on but ultimately, what we do with our lives, our decisions is completely up to us. No one shall do that for you. Your closest family members shall be right there supporting you, holding your hand, pepping you up but till and until you yourself do not want to come out of a situation, bad health, sour relationship, no one can help. Not even the idol you worshipped.

Keeping the 'Prana' or the 'Vital' going is upto us.

The breath has to go on. That is the ultimate truth.

Last year the MRI scan showed 'hot spots' in my right lung. Underwent a 3rd surgery. Luckily no radiation or chemo that time. But the diaphragm stopped working thinking it was not needed by the body.

The entire of this year I was in and out of the ICU because of a bad attack of pneumonia, a Myasthenia Crisis and last month a respiratory failure.

And while i was in the ICU, I also happened to be the only one conscious there. I could not lift a spoon, could not speak a word because of the slur, the neck wouldn't sit straight but strangely I could type with my thumbs. I got special permission to have the phone in the ICU to listen to music, I ended up using it to write short stories watching and observing the fellow patients.

This year once again thanks to my husband Rahul Narvekar, my best buddy, all stories compiled and released as a book. Ironically, on my birthday. Bizarrely, from the same ICU bed where I penned the first love story. It is called "ICU Love Stories". Yes, available on Amazon.

Now I have the choice of either wallowing in self pity or making the most of each day as it comes and look forward to brighter and fun stuff to be done.

I choose the latter. With all support from my office, I work from home ( I am still on respiratory support for a few hours in the day and through the night) . I do my own thing over the weekends. This includes, my sketching, my painting and my new found love- blogging!!!! 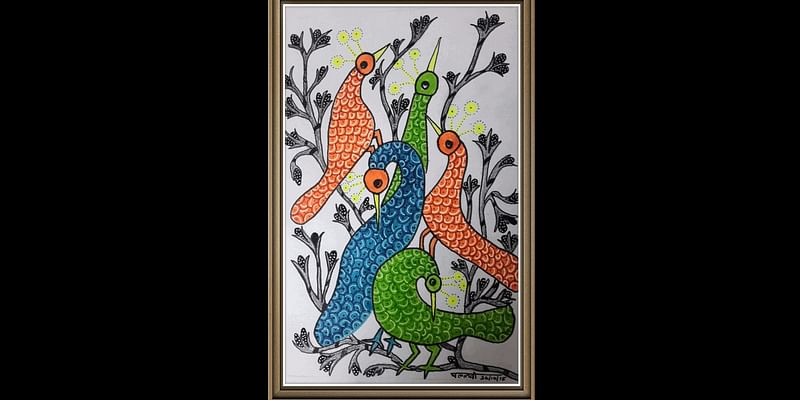 I often wonder when I look back at this life to see what my learnings are?

If I am supposed to share it with others so that it could benefit some going through the same issues? Its only after so many years that I mustered up the courage to speak about MG. Most people ask, what is Myasthenia Gravis? What are the symptoms and causes of Myasthenia Gravis. Yes, even some doctors!!!