Who got the better end of Atos’s acquisition of Syntel? 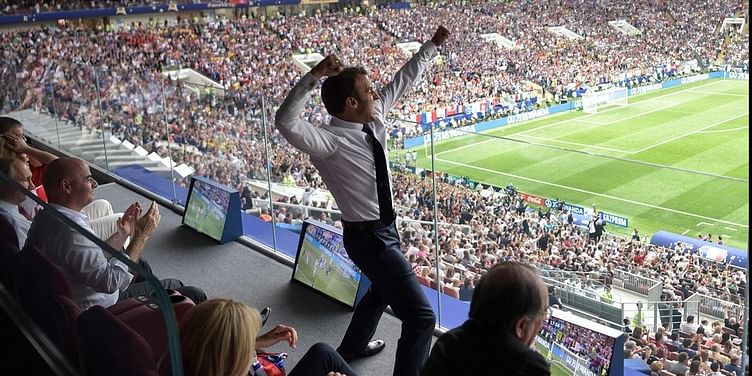 The race to acquire mid-tier IT services firms are on the rise which in turn is making it a seller's market. The factors driving this new found tactful aggression include digital capabilities, attractive client base, runway for topline growth.

Alexei Nikolsky’s snap of French President Emmanuel Macron’s world cup-winning moment captured the essence of la republique’s fight to claim the world cup trophy, the new found tactful aggression and the burning desire to dominate the landscape they play in. 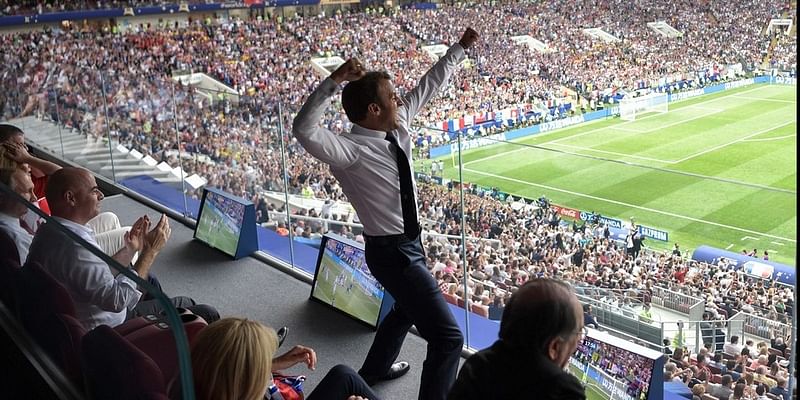 Of late, the traditional socialist French are also looking to dominate the turf that was long dominated by India, i.e., the world of IT outsourcing. In the 1980’s and 1990’s there was a clutch of new-gen Indian entrepreneurs like the Patnis, Premjis and Murthys who sniffed at the opportunities the western world was going to offer for the next few decades and capitalized on those by building organizations that have become billion-dollar enterprises. But over the past decade, the IT world supremacy of India has been beginning to shake up. It started with the BPO firms losing their mojo to the smaller, South East Asian nations such as Philippines.

“Recognize that ultimate success comes from opportunistic, bold moves which, by definition, cannot be planned,” says Bryan Burrough in his book Barbarians at the Gate, which tracks KKR’s leveraged buyout of RJR Nabisco. This quote appears to be more relevant in the current context where a slew of acquisitions of Indian IT service firms by global players is taking place.

The largest of them was by Capgemini, when they acquired iGate in 2015 for $4 billion. Then came the acquisition of telecom-focused engineering services player Aricent by Altran for $2 billion in late 2017 from KKR. And as if it is not enough, the most recent announcement of Atos’s intention to acquire Syntel for a consideration of $3.4 billion.

The French firms are making bold moves with a capitalist mindset to grow bigger and to augment their capabilities. Though most of such moves are carefully planned over the years, there is a new found tactful aggression in the way the French have added their trophy acquisitions.

While the period of financial depression starting with Lehman Brothers’ fall resulted in a relatively quiet period for M&As, in the last 5-6 years there had been considerable number of acquisitions in general and specifically in the IT services – Engineering, operations areas. The appetite for growth and to sustain the financial investors’ interest makes acquisitions a preferred route. Take for example the last couple of acquisitions; both were mid-tier firms with less than $1 billion in revenue, but they had some unique capabilities and attractive client base.

From a capability standpoint, Aricent was strong in their telecom product engineering services right through semiconductors to applications but were also having a reasonably good client base, their top clients included Cisco, Nokia, Intel, Qualcomm, Ericsson to name a few. With a reasonable spread of clients & revenues across the Atlantic, they also offered a very strong engineering delivery talent that Aricent had built over the years (approx. 12000), of which majority were in India. Thus, Altran got good talent, good split of revenue base across US, EU and ROW, and a captive client base that Altran can milk over a period by upselling and cross-selling their services.

While on the other hand, Syntel’s acquisition also brings in almost similar advantages to Atos which had been a Europe-heavy firm. Syntel’s RPA offering SyntBots and their deep engagements with US-based BFSI firms give Atos a very good advantage in the world that is in the cusp of a trade war originating from the US. This gives Atos a strong launchpad into the US market as well as the ability to cross-leverage India-heavy Syntel’s delivery capabilities to its own client base across the Europe where clients are looking to gain competitive advantage over their US rivals.

Where the similarities end is at the valuation of the acquired firms. While Altran got a good deal from KKR for Aricent with Price to revenue multiple of 2.5x or so, Atos had to shell out more for Syntel at a 3.7x multiple. The price is usually influenced by different parameters including that of acquirer’s interest, seller’s perseverance and how important a firm is to the other and who drives the acquisition journey – the seller or the buyer. But considering the valuations of the acquisitions done in the past, a 3.7x multiple seems to be on the higher side for an IT services firm.

This looks more like a sellers’ market now, as the available, quality mid-tier IT services firms with deep client engagements, that also offers good runway with their digital capabilities are few and far. There had been always noise about an impending acquisition surrounding Indian firms. Some of the names that could find themselves attractive for acquisition in the future include Mindtree, Cyient, Hexaware, and Persistent systems to name a few.

Will the better of the demand supply mismatch skew the prices further up?