3 Crucial Points to Remember While Developing an iPhone App 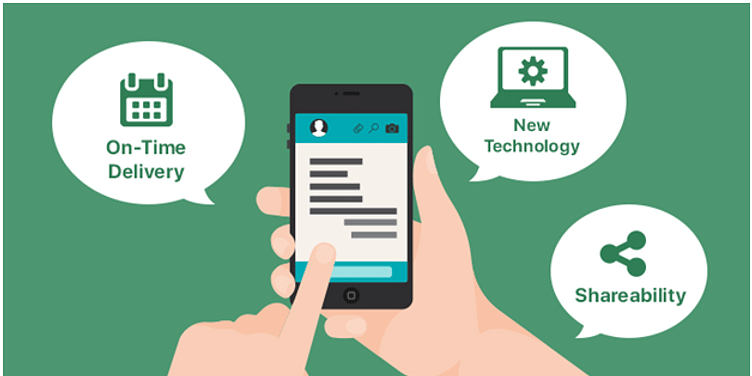 This fruit once used as a tool to resonate with the first letter in the alphabet to familiarize it with kids in kindergarten is now a brand which has become a kernel deeply seeded into the hearts of millions of users.

With the simplicity in its user interface and design extended for developers to come up with hip apps, it is a hit with both tech-savvy users and the app makers.

Apple brings something new to the table with its release each year, it has become pivotal for iPhone app developers to cope with the changes to keep delivering the best experience to the end users.

Each successor in the iPhone clan has grown to be more user-friendly. With smartphones users catching up with the tech at a rapid pace and looking for phones to work with more ease, Apple has not disappointed.

The world needed a smart assistance; humanity beheld the brilliance of Siri, the first digital assistant.

Whenever a question was raised to resolve concerns regarding simplicity, Apple answered.

Smartphones nowadays are gauged by the ease with which apps get handled while running. The app developers also need to be more inventive in making an app to run efficiently to hold the market and the user for a more extended period.

So what facets make or break a mobile app?

Let Us Review Some Crucial Features to Keep in Mind While Developing a New iPhone App:

1). Making Way for the Latest:

Having access to new technology will not be enticing if a user is unable to make the most of it. If a user has a smartphone that can scan their face, then having an app that cannot use this tech for interactive benefits would be counter-productive.

Applications like Snapchat have brought users features like lenses which help them create entertaining animations and overlays using their face in real-time. With iPhone’s being able to handle advanced graphics, a social media app that makes use of the filters enhances the user experience. Apple being the chill brand it is, always comes with one advertisement was wholly shot on the iPhone itself. Imagine what wonders a user can do about their social media presence with a high-quality image or video along with an editing app that can assist them in making great content of high production value without making much effort.

If an app developer is not thinking to incorporate features that use the latest tech, one can think of what a user would lose in terms of experience, but also about the winning opportunity that the developer lost because of their contentment in the making do with the things of the past.

It is indispensable to keep pace with evolving trends. The market analysis is required and along with gauging the need for a new app. It's quite probable that the idea for a similar app might be there with other developers. To get to the finish line before anyone, you need to have an accurate forecast and the right development team that can deliver in the proper time frame. Let's take an example of a social networking app such as Instagram. Different app developers will have their approach towards the development of the app. Depending upon the method, the time taken to develop the app will vary as well. A study on cost and time taken to develop an app reveals that it takes about an average of 4.58 months to build a social media app like Instagram. Depending upon the forecast available at hand, an iPhone app developer is needed that can have the app ready to be launched before the targeted deadline.

The early bird always gets the worm. Even if other developers have a better idea and execution than an app recently introduced before they could launch, it is highly likely that the app available in the market might become a hit and steal the show. Probably, a better alternative might not even catch the corner of the user's eye if already accustomed to an existing app. Hence, timing has become as important as quality.

There is a need to be connected to the world. Either people want to show what they are doing or know what others are up to. Apps used to contain within themselves and there was not much crossing over of information in-between apps. However, with users wanting to share data from one platform to the other, apps have facilitated to cater to that requirement. Being a developer, its essential to ensure that the app being developed not only has the functionality to share information across platforms but also in a seamless and compatible manner.

Live location can be shared through WhatsApp by a person to another. When the user at the receiving end clicks over the message received, Google Maps app is launched and is effortlessly able to continue showing the whereabouts and movement of the user who shared. It was witnessed here that two apps with entirely different functionality, one being messaging and VoIP service enabled messenger and the other being a web mapping service, worked impeccably as if the two were a single app. An app not facilitating a smooth transfer of information to another app might not garner much preference by the user.

Here, it has been established that how an amalgam of incorporating latest tech, launching in the right time and enabling share ability can make an app for an iPhone an instant hit and in line with the notion of simplicity that Apple works with. The knowledge of the right focus area, market penetration, and ability to interpret forecast into actions are all indicators of a sound developer. As discussed earlier, iPhone app development companies will have their unique approach towards the development of the app. An inventive development team will not only help you meet your deadlines but will also incorporate the right technology and versatility, which will help to develop the next winning iPhone app in the market.