Are you hardwired to be an entrepreneur?

At the tender age of 19, Oprah Winfrey didn’t know that she would become one of the most influential people in the world. However, she was still making waves in her community by being the first African-American to anchor the news at Nashville’s WTVF-TV. This happened many years after she had given birth to a son who died in infancy. Born in an extremely poor family, she used to get teased at school for wearing potato sacks. Yet, this amazing woman won a beauty pageant when she was 17 years old and created her own route to success. The entrepreneurial journey is not something you can learn and adapt towards; it is a way of life. The ‘dirt poor’ condition of Oprah Winfrey did not stop her from becoming the Queen of Media. It teaches us enough about perseverance and hard work in business.

We can quote ten more stories over here of famous people who had the same rags to riches journey. But the age-old question remains the same- are entrepreneurs born or made? Some geniuses agree that there is an entrepreneurial gene that makes people achieve greatness in the world while some say that it is not a god-gifted trait. These ideas always put to question the American Dream that with education and hard work we can achieve anything we want.

James V Koch of Old Dominion University believes that entrepreneurs are born. He says that heredity has a great role to play in making people leaders. He believes that every reputable scientist has some familial connection with a great mind of the past. You can’t teach someone to take risks, it is a natural ability, he thinks. He explains his point by giving an example:

Let me use a metaphor. Short people don't make it often in the NBA, just like certain kinds of genetically hard-wired individuals don't make it as entrepreneurs, and others do. In reading the genetic literature, we found that up to 60 percent of critical personality characteristics are heritable. -James V Koch

Julian Lange of Babson College has an entirely different idea. He believes that entrepreneurs are made. Lange says that the recent shifts in our education system support the teaching of entrepreneurial traits to passionate young minds. You can’t teach someone to be passionate about entrepreneurship. He also says that a passionate person only requires the help and guidance from a mentor to succeed in his life. Some entrepreneurs can even be made better by education. Lange would say that it is a right mix of both passion and instinct which makes an entrepreneur:

Often they are people who work hard, try to overcome deficiencies and put things together in a package that works for them. In no way am I saying people can't have characteristics that make entrepreneurship easier, but there's a combo there, and learning skills is an extremely important part of the process. -Julian Lange

Both of these esteemed academics had a valid point to describe the entrepreneurial journey. Based on this conclusion, let’s look at a checklist which every successful entrepreneur of today seems to tick off:

They are open to new experiences and say yes to good opportunities. Such a person is always ready for the risk and welcomes it with open arms. They are curious and they want to see the world with a different perspective just to experiment something new. Marketers and investors love this lot, because they fall in the perfect persona. They value both science and art and give credit where due. This childlike curiosity is very helpful in taking risks for work and then hitting the spot to success. However, it is also noticed that these people look for the next thrill when the current project is nearing completion or has entered the self-drive zone.

It’s seen that most successful entrepreneurs are go-getters. You can’t stop them from doing something because they have decided to achieve it. In a group, these people are the backbone and the most important support. They might now know what is a sales pipeline or how record keeping works in accounting, but they are willing to find out and learn. They have a long list of accolades and merits which have been received due to the hard work and punctuality they practice in all fields of work. This goes without saying that such people are seldom late to work.

It’s a pretty straightforward trait. These people are highly energetic, and their motivation levels are always soaring high. Strong-mindedness and clarity are some of their traits. They take everything as a competition with their own self and try to win it. Ideas come first, and people come second. However, you will also see them motivating others to do a good job in life. Others will see their enthusiasm as an extreme case of nerdiness, but they don’t care. The best example of this trait is Walt Disney. He created a whole industry out of active dreamers who took over the world. He was an entrepreneurial star.

So if you are a passionate individual who is energetic, open to new opportunities and a go-getter, you might be hard-wired for entrepreneurship! Your strong willpower will pave the way for you and help you overcome tough challenges in this industry. However, your case does not have to comply with the traits mentioned above. You may lack these traits, but you can still be a successful entrepreneur. Here’s why

• There’s much evidence which supports the fact that our traits can change over time. This means that you can create a winning mindset if you try hard enough

Which means, this is good news. Wherever in life, you are right now, there is hope that things can change. Warren Buffet may have become a millionaire at the later stages of his life, but it can’t change the fact that he was interested in buying stocks when he was 11. Keep trying and have faith in your principles. Success will follow. Take a look at these top trends for businesses in 2018. Do you have any tips we missed out? Tell us in the comments below: 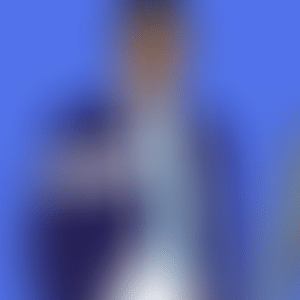 Why Isn't Every Corporation And Startup Collaboration Successful